Today NVIDIA announces the availability of its premium GeForce NOW streaming service with a 1-month membership.

The RTX 3080 tier that enables longer game sessions (up to 8 hours) and higher quality streams are getting a shorter subscription plan. The RTX 3080 tier offers 1440p resolution at 120 FPS and it is supported up to 4K resolution when attached to NVIDIA Shield TV. 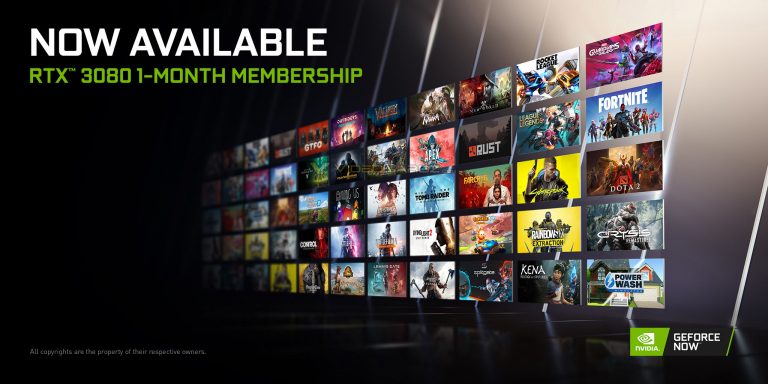 Under its Priority GeForce Now tier, NVIDIA was forced to limit the framerate on select titles due to insufficient service optimizations. NVIDIA team worked closely with game developers and has since eliminated this problem, which at the time limited the framerate to as low as 45 FPS in some games. This problem does not affect the RTX 3080 tier which is based on a different cloud GPU hardware.

The current membership options do not include a monthly subscription for RTX 3080 Tier. The 6-month membership costs 99 USD which converts into 16.67 USD per month. With that in mind, one would expect RTX 3080 tier to become more expensive than the 1-Month tier (possibly at 20 USD/month). 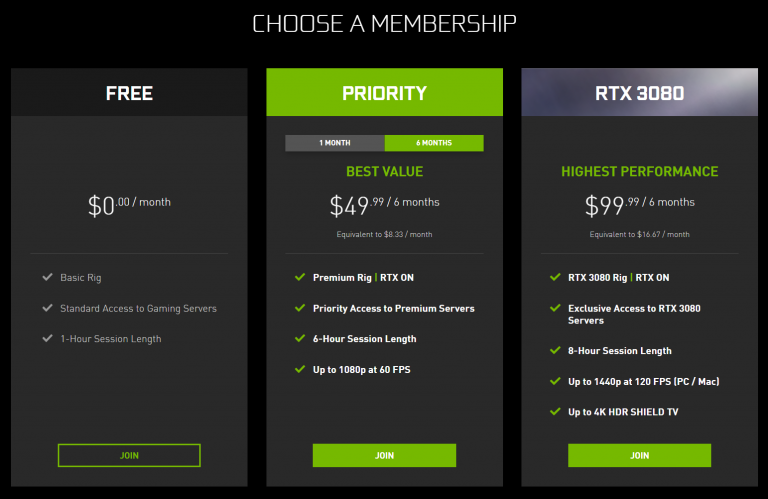