NVIDIA GeForce MX550 might be the first Ampere card with 2GB GDDR6 memory, 15% faster than MX450

NVIDIA could be launching a true entry-level GPU soon

According to ITHome, NVIDIA is preparing to launch its GeForce MX550 discrete GPU based on Ampere architecture. This card would be the first in the series to feature only 2GB memory.

An undisclosed graphics card appears with Lenovo laptop over at Geekbench website. The discrete GPU is listed as ‘Graphics Device’ which means it is an unreleased product, and its final retail name is unknown. ITHome claims that this should be the upcoming GeForce MX550 entry-level graphics card, supposedly based on Ampere GA107 GPU. The card would feature 16 Compute Units, which in this case means 16 Streaming Multiprocessors each with 128 CUDA cores. This likely means a partial implementation of the GA107 GPU, featuring just as many cores as GeForce RTX 3050 non-Ti (2048).

The graphics card is to be offered with an Intel Core i7-1260P 12-core/16-thread CPU, which is part of the Alder Lake-P (U28) series supposedly launching at CES 2022. Such a system would be targeting sub-50W configuration for CPU+GPU, which is typically reserved for ultra-thin designs. The appearance of the GeForce MX550 is especially interesting, considering it might launch at the same time as Intel’s upcoming entry-level Arc Alchemist DG2-128. However, for some reason, Lenovo opted for an NVIDIA GPU in this case. 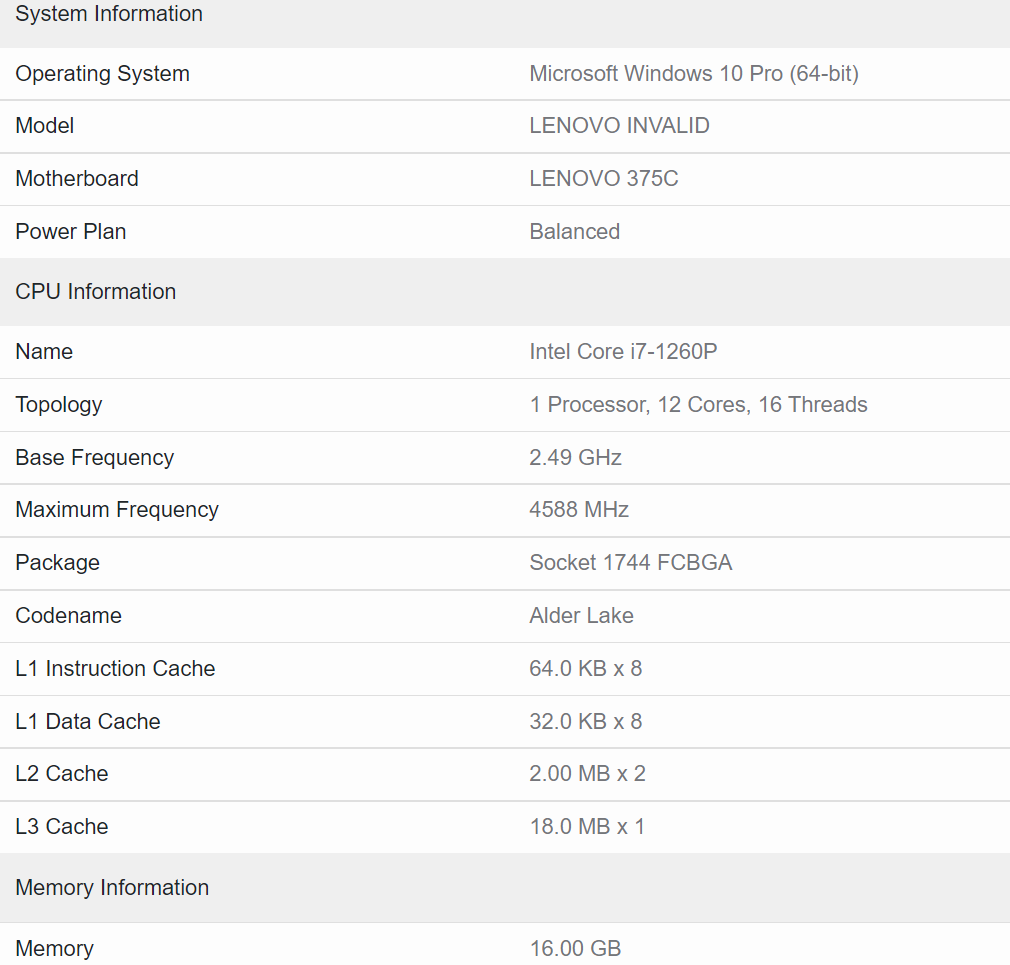 The MX550 would feature more than twice the core count of the MX450 based on Pascal GP107 GPU (2048 vs 896). This is mainly because Ampere architecture doubled the FP32 cores over the previous generation, however as it shows, this does not necessarily translate into doubled performance. NVIDIA has only started using GDDR6 memory with MX450, but it is unclear how much faster would MX550 memory be compared to these 1.5-year-old G6 models. 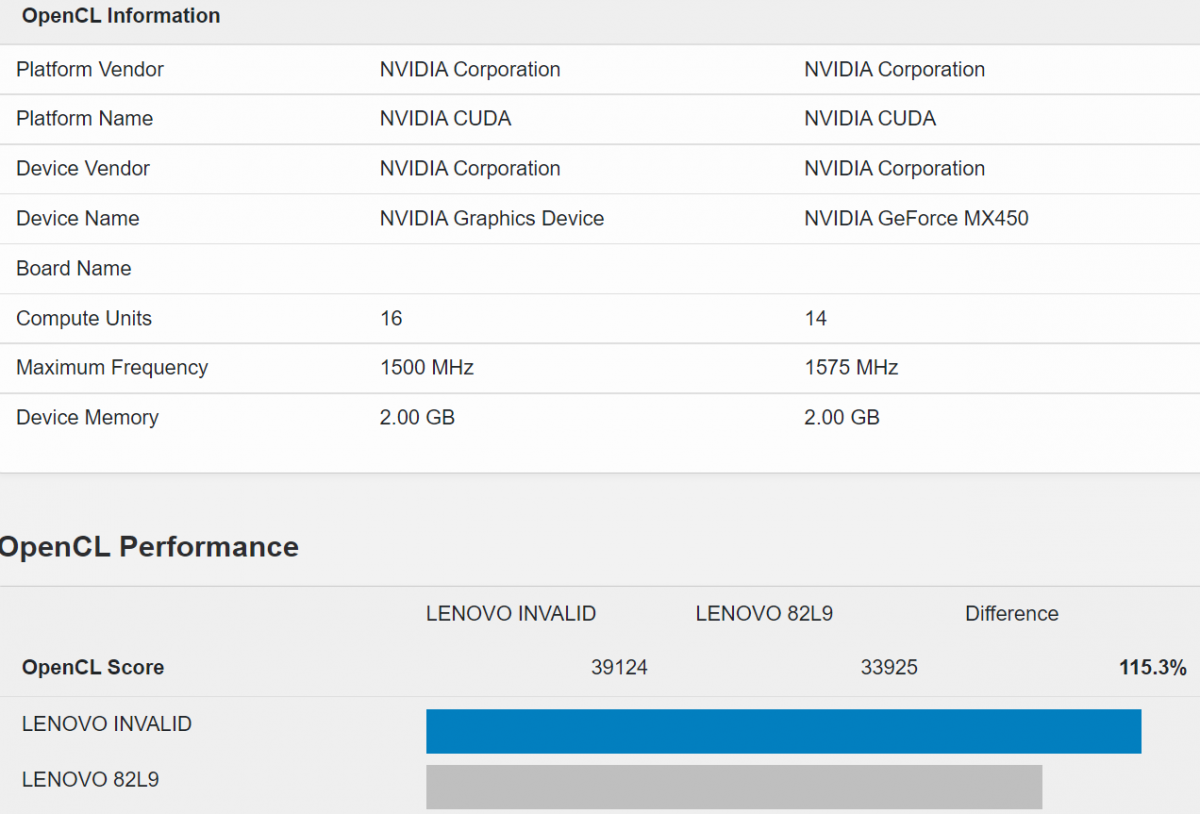 Performance-wise we are looking at 15% higher performance compared to MX450 (with Core i5-11300H 35W CPU). This is obviously not an apples-to-apples comparison, but it sets a good baseline of what to expect from NVIDIA’s new MX series. At this moment, however, there is no information about other MX500 series GPUs. It is yet to be confirmed if MX550 uses GA107’s full 128-bit memory bus or rather relies on a shorter 64-bit bus instead.