The upcoming MX300 series based on Pascal architecture is expected to launch soon. Some media outlets already had a chance to test the new graphics cards in various scenarios.

Update: NVIDIA has made the MX300 series official 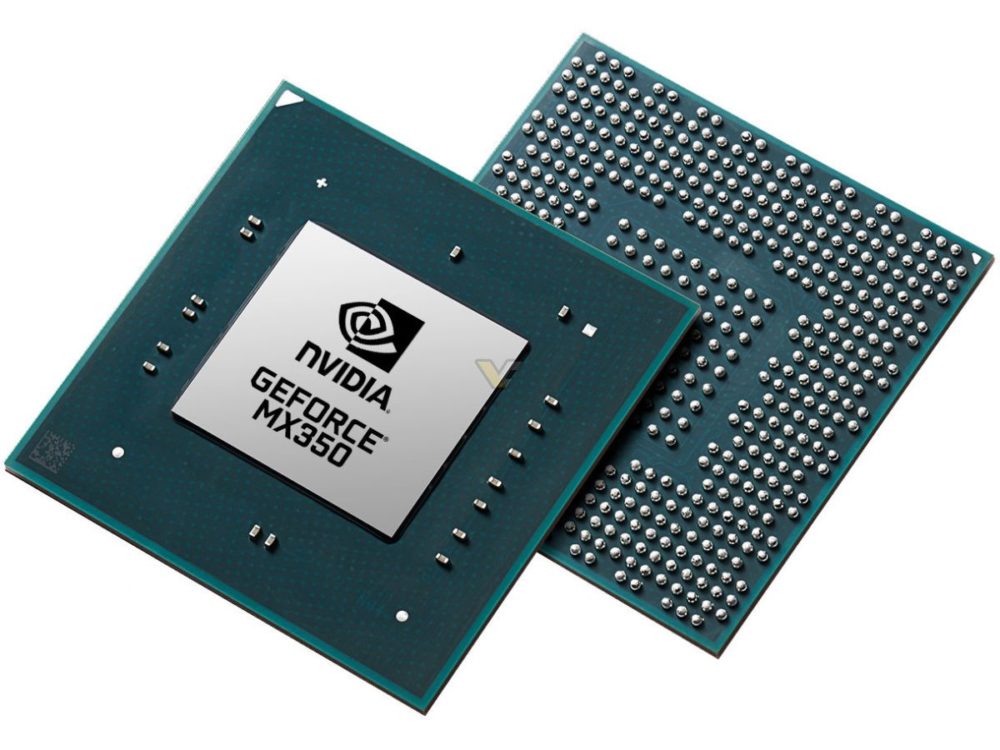 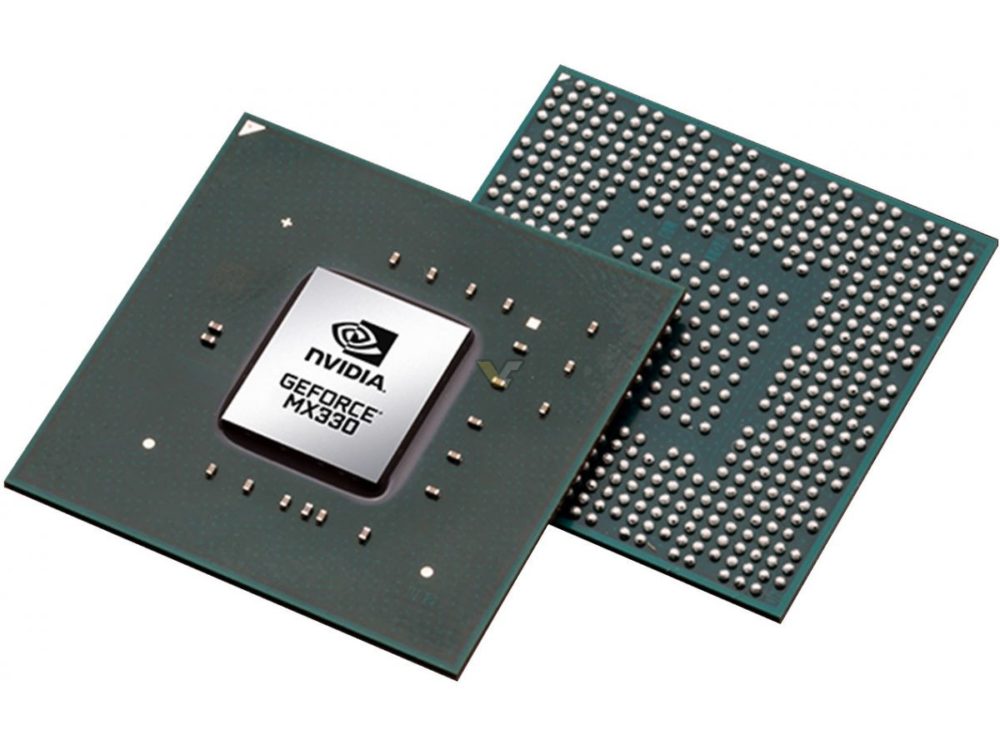 The MX series is technically separate from GeForce GTX and RTX series. These cards are considered an entry-level discrete option for multimedia playback. NVIDIA has been upgrading these cards over the past three years. The first MX cards launched in 2017 with Maxwell and Pascal GPUs, while the 2019 MX200 series were all GP108 Pascal-based.

The upcoming MX300 series will have at least two SKUs: MX350 and MX330. The former is based on bigger die from GTX 1050 series, the GP107. It is very likely that MX350 will be the last graphics card to use this GPU, or maybe even this architecture.

In the following chart you can see all the MX cards released to date (but including yet unreleased and speculated SKUs):

Performance-wise the MX350 will occupy the space between GeForce MX250 and mobile GTX 1050. It is an upgrade over Maxwell-based GeForce GTX 960M. The charts provided by early reviews demonstrate how many options there are in this entry-level market. This market is about to saturate even more when Intel’s DG1 drops in a mobile form. 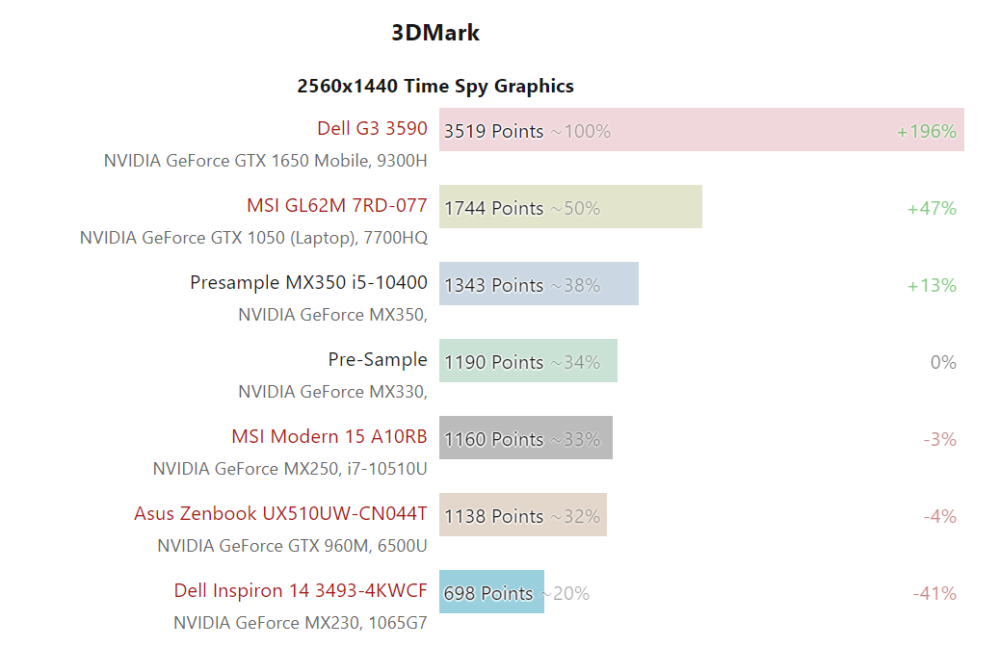 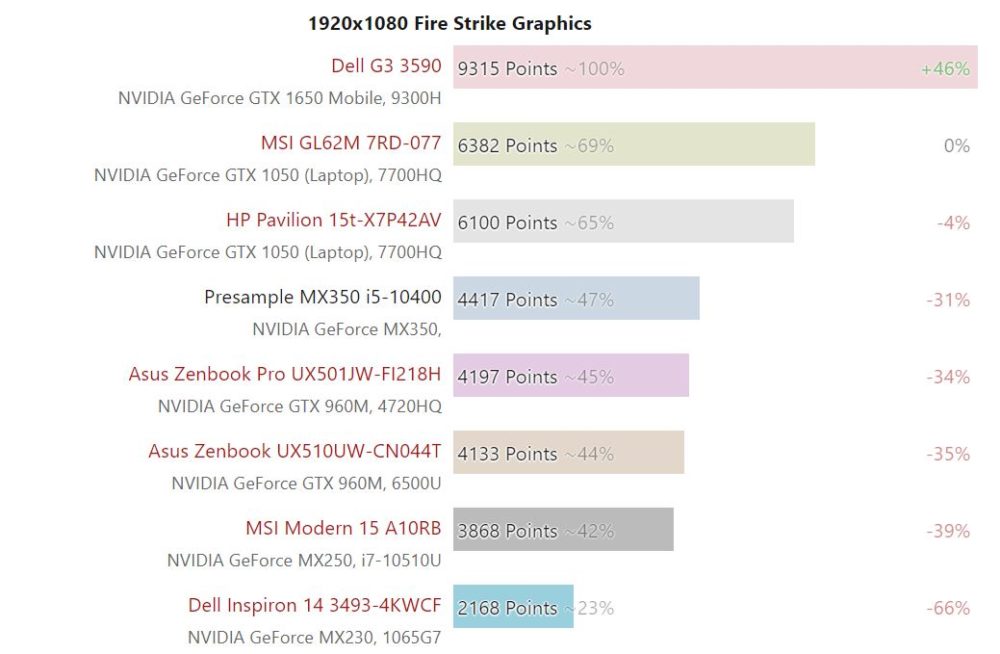 The MX350 is a big improvement over MX250, as it uses a much better GPU. It is estimated to be around 30% faster but only in low settings, for which these graphics cards are targetted.

The MX300 series are not for gaming, due to limited memory bandwidth they struggle with high-resolution textures, it is said by reviewers that you are better off buying upcoming GTX 16 SUPER Mobile series as they are expected to feature GDDR6 memory. A non-SUPER series is also a good option as they have a wider memory bus. You could also wait for the future MX series as explained in the next paragraph.

It is also worth noting that there is already speculation regarding the MX350 successor. According to Notebookcheck, a GPU internally codenamed as N18S-G5 will feature Turing TU117 GPU and it will launch in the second half of this year. This is around the same time Intel launches its first discrete mobile Xe DG1 graphics.

The N18S-G5 is believed to be the first MX graphics card to feature GDDR6 memory (it is essentially a slower version of a mobile GTX 1650). The TU117 GPU is 1024 CUDA core silicon, the MX graphics based on this GPU are more than likely not going to have all cores enabled.

The new GPU is expected to launch two variants (A and B). Currently, there is no information on key differences between the two, but it is said, that the B variant is 29×29 package, while the A will fit into the 23×23 package. The A variant will also be available with GDDR5 memory.