NVIDIA GeForce GTX 1630 has been tested, it’s even slower than AMD Radeon RX 6400

TechPowerUP managed to score a sample of NVIDIA’s latest GPU.

Today NVIDIA introduces its slowest 2022 graphics card, the GTX 1630. This model is a successor to GT 1030 graphics card, but according to board partners it is actually replacing NVIDIA GTX 1050 Ti model from 2016. 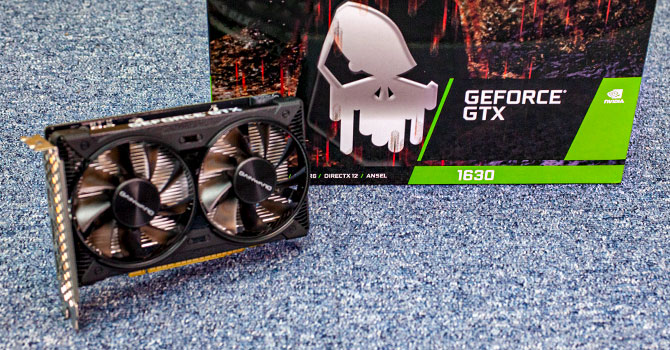 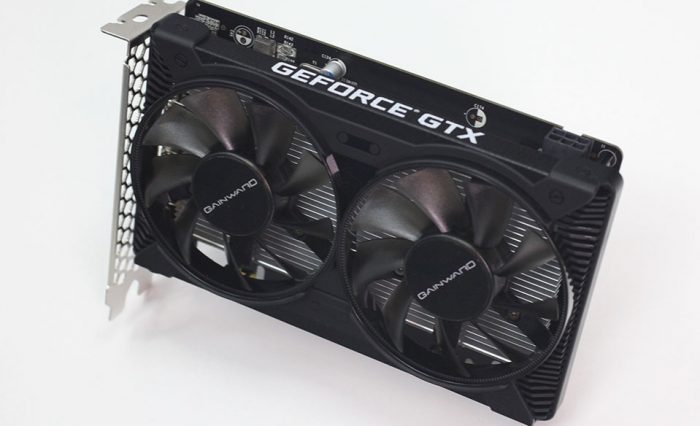 The GTX 1630 features a TU117-150 GPU with 512 CUDA cores, significantly fewer than any modern NVIDIA gaming GPU. This card is based on older architecture than RTX 30 series, therefore its core count is different. Yet, it is even fewer than GTX 1650 launched in 2019 and that card was already slow at that time. 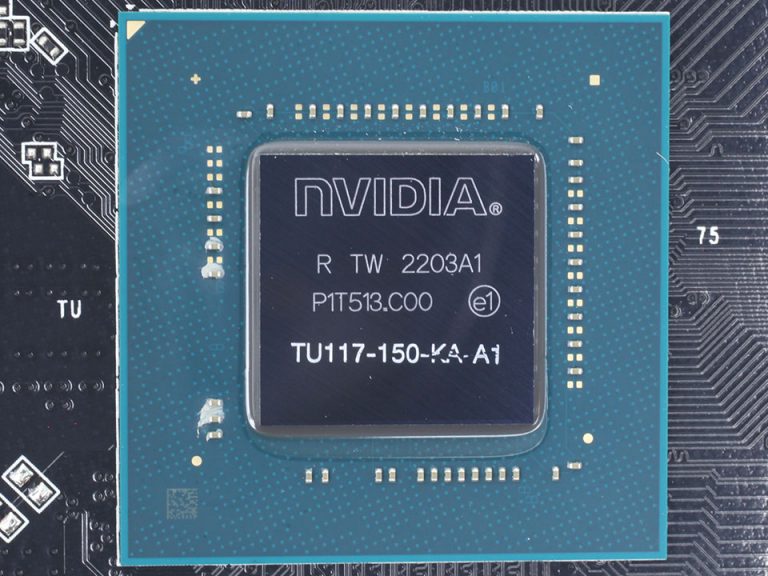 According to TechPowerUP tests, the GTX 1630 is not even faster than Radeon RX 6400. In fact, Radeon RX 6500 XT which has generally seen negative press once it launched earlier this year, is already twice as fast at 1080p and 1440p resolutions and that certainly speaks for itself.

At least in power consumption the GTX 1630 is on RX 6400 level (~49W) while GTX 1650 consumes around 74W. According to the review, this particular sample has no manual adjustment available and that’s despite featuring an external 6-pin power connector.

This entry-level model has no MSRP. Chinese retailer claim it costs around 1000 RMB (150 USD), while companies which usually sell GeForce cards directly at MSRP (such as EVGA) list their cards at 199 USD. 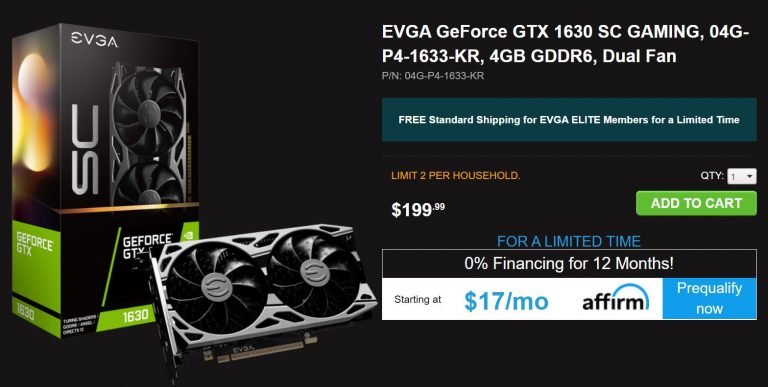