NVIDIA Max-Q branding is not going away (but it is)

Last week we reported after Notebookcheck, that NVIDIA is no longer going to differentiate its Max-Q and Max-P mobile GPUs. The story has been quickly confirmed, as all major laptop manufacturers have dropped ‘Max’ branding for GeForce RTX 30 discrete graphics cards that their laptops use.

As a result of disappearing Max-Q branding on OEM websites, consumers no longer know which variant of the GeForce RTX 30 Laptop GPU they are buying, unless manufacturers list the GPU specifications, which they don’t.

After the news broke, NVIDIA released a statement explaining that the branding is not actually going away, which is true. The Max-Q and Max-P used to describe which TGP (total graphics power) variant is being used in a laptop. The third generation of Max-Q is no longer considered just a TGP variation, but rather a set of technologies that can help OEMs adjust power to meet strict laptop thermal and noise limitations.

Since 3rd Gen Max-Q is a set of technologies, it is up to OEMs to list which technologies they support. NVIDIA encourages OEMs to list exact TGP and clock speed for their RTX 30 Laptop GPUs, but since this is just an encouragement, not a requirement, OEMs simply ignore this.

NVIDIA claims that consumers can easily check which TGP variant their RTX 30 laptop has, except that means you have to buy it first. Otherwise, you are expected to wait for independent reviews, which would hopefully provide this information to you. 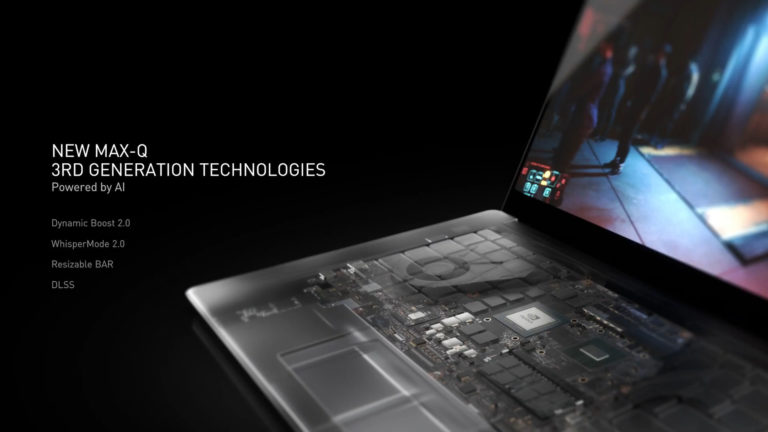 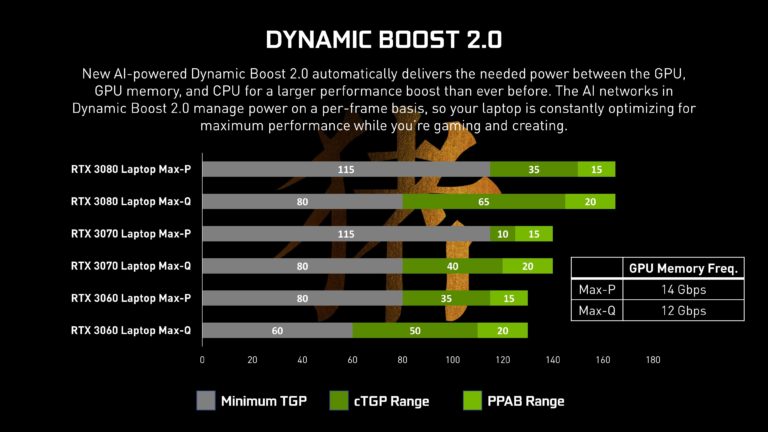 Historically speaking, ASUS, MSI, and Gigabyte did not list which TGP variants their laptops use. However smaller ODMs often do, since they tend to offer the full fat Max-P variants, which certainly is a good selling point.

Max-Q branding is not going away.

When we originally introduced Max-Q back in 2017, the brand was initially used in GPU naming since Max-Q referred to the GPU TGP only.

Today, 3rd Generation Max-Q is broader, and is a holistic set of platform technologies and design approach to building powerful and thin laptops.

In addition, to be more transparent about a laptop’s exact capabilities, RTX 30 Series laptops now show more information than ever, listing exact TGP, clocks and features supported. You will find this in the control panel which now reports maximum power (TGP+Boost), and support for key features including Dynamic Boost 2, WhisperMode 2, Advanced Optimus, and others, all of which fall under the Max-Q umbrella.

We strongly encourage OEMs to list clocks and other technologies a laptop supports, including Advanced Optimus, Dynamic Boost 2, and more. Ultimately, like all laptop features and specs, it is up to the OEM to market what their particular laptop configuration supports.

We have checked how OEM responded to ‘NVIDIA’s encouragement’ to list TGP and clock speeds. None of the manufacturers has done so: