The adoption of NVIDIA DLSS has grown rapidly in the past few months. Only recently the company announced that DLSS will be available as a plugin to all Unreal Engine 4 developers, as well as confirming it will be available with Unity 2021.2. From there we should see DLSS in many more games.

NVIDIA DLSS (Deep Learning Super Sampling) is a technology that artificially upscales resolution using NVIDIA Tensor cores (machine learning algorithm). This technology is only available to GeForce RTX graphics cards (Turing and Ampere). Some games see a huge boost of performance, while others see the implementation lacking. The performance improvement depends on which generation of Tensor cores is being used and more importantly, how many there are on the graphics card itself.

The DLSS update for Warzone arrives more than a year after the game was released (March 10, 2020). NVIDIA claims that users should expect up to 70% of performance improvement. The number coming from NVIDIA of course is a bit exaggerated, but the improvement is certainly there. Some users report that DLSS adds visible artifacts and ghosting, so there is definitely still room for improvement.

Additionally, the DLSS update is being added to other CoD games. The technology will now be available to the Modern Warfare campaign and Blacks Ops Cold War Zombies. NVIDIA is not sharing performance improvement estimates for these games though. 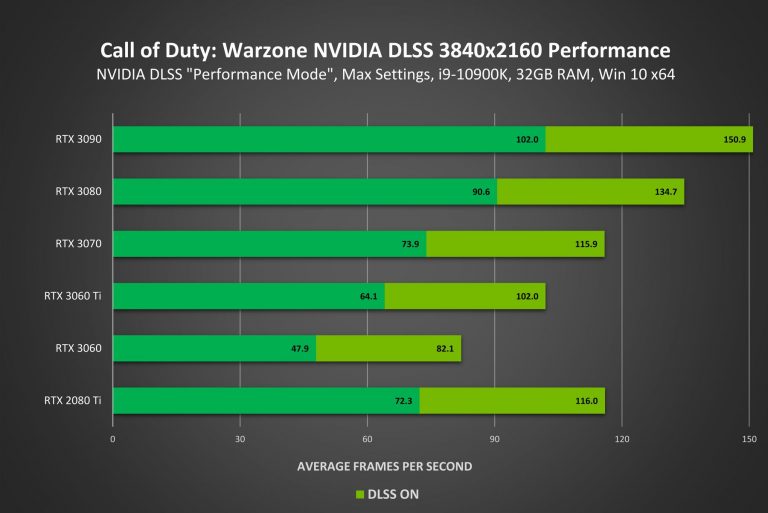 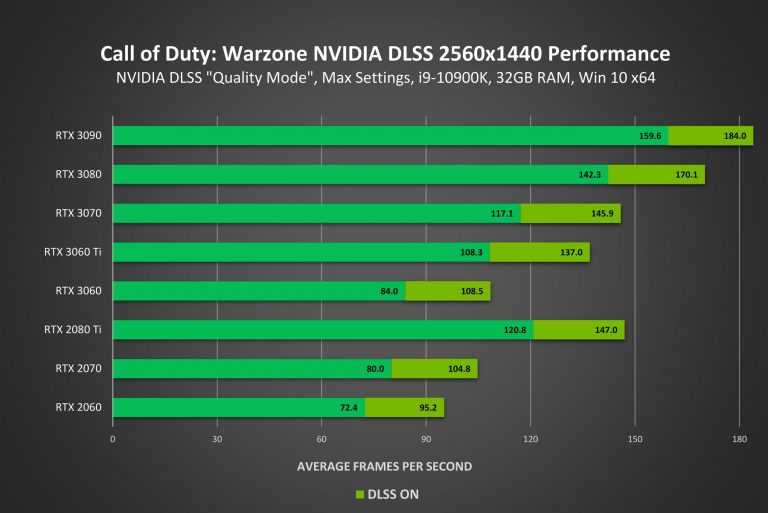 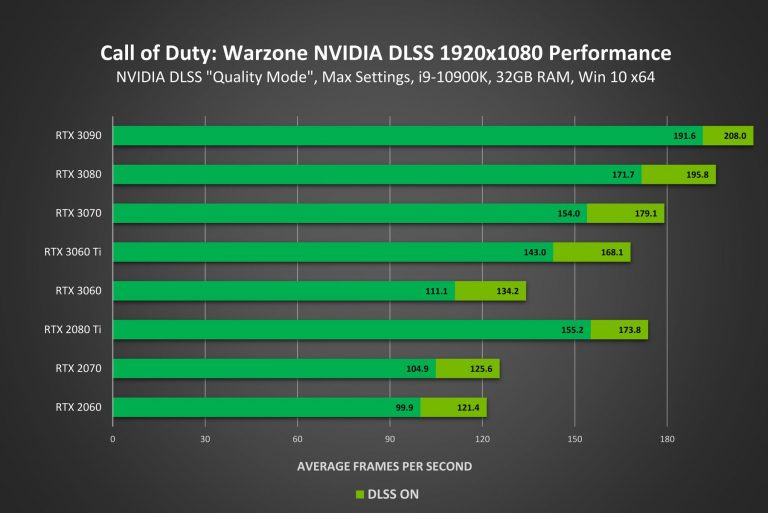