NVIDIA DLSS is now available in Red Dead Redemption 2 and Red Dead Online, up to 45% higher performance at 4K 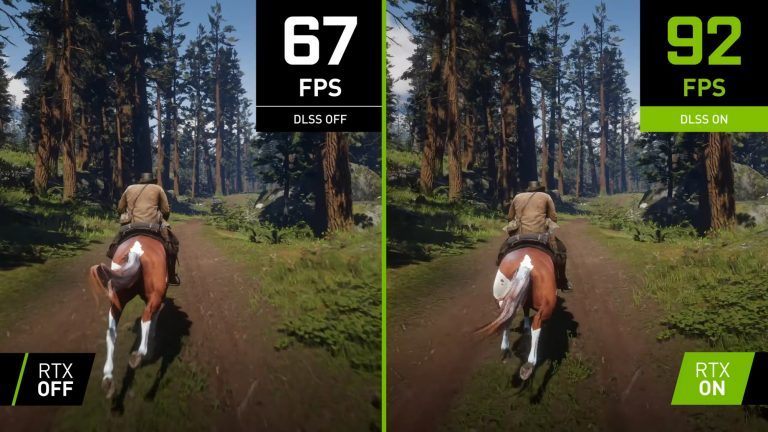 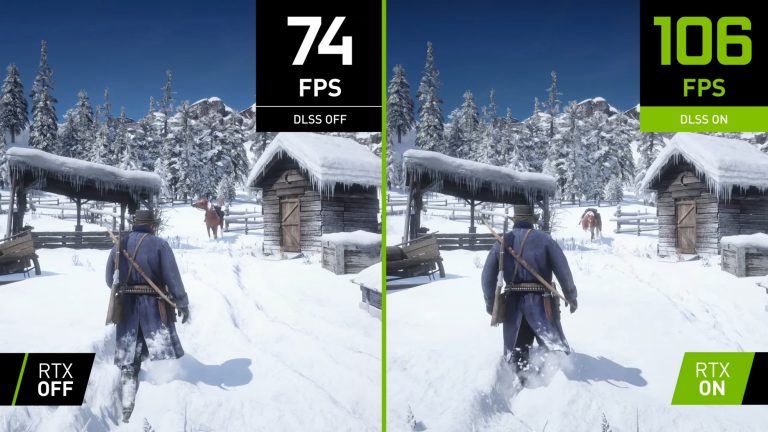 Red Dead Redemption 2 originally released in October 2018 has finally received a long-awaited performance boost through NVIDIA DLSS technology. This very demanding title has always suffered from poor performance with the game set to high visual settings even with the latest and most powerful GPUs. With DLSS support the game should now offer above 60 FPS 4K performance with at least five RTX 30 graphics cards: 3090, 3080 Ti, 3080, 3070 Ti, and 3070.

NVIDIA released its internal benchmark results featuring AMD Ryzen 9 5900X system equipped with 32GB memory. According to NVIDIA, GeForce RTX graphics may see an increase up to 45% in 4K with Max settings with RTX 3080 Ti going from 58.9 average FPS to 85.3 FPS average. Do note that those results are in DLSS Performance mode which upscales the resolution by a factor of 2. 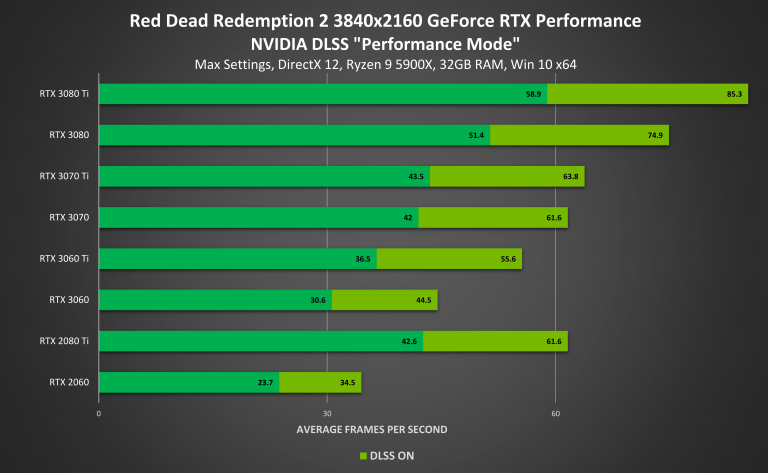