NVIDIA DLSS is now available in over 200 games and apps, AMD FSR at 110

NVIDIA DLSS support being added to more games, now over 200 games and apps supporting it

AI-powered super resolution upscaler from NVIDIA is now available in over 200 released games and applications. NVIDIA made this major announcement this week.

This July NVIDIA is adding DLSS to Loopmancer and Hell Pie. Furthermore, the company announced it will support DLSS in games such as The Lord of the Rings: Gollum and Stellrising, both are to be released in September. Furthermore, gamers should expect DLSS in titles such as Warhammer 40,000: Darktide, and A Plague Tale: Requiem.

NVIDIA DLSS is now delivering AI-powered performance upgrades in 200 released games and applications! With DLSS available for every major game engine, adoption has accelerated rapidly, and we have even more DLSS games to announce today.

In Loopmancer, DLSS can deliver up to 86 FPS on average at 4K with max settings and ray tracing on. This is possible with DLSS set to Performance mode and when using GeForce RTX 3080 Ti. The cheaper RTX 3080 and RTX 3070 can also deliver over 84 and 60 FPS respectively. 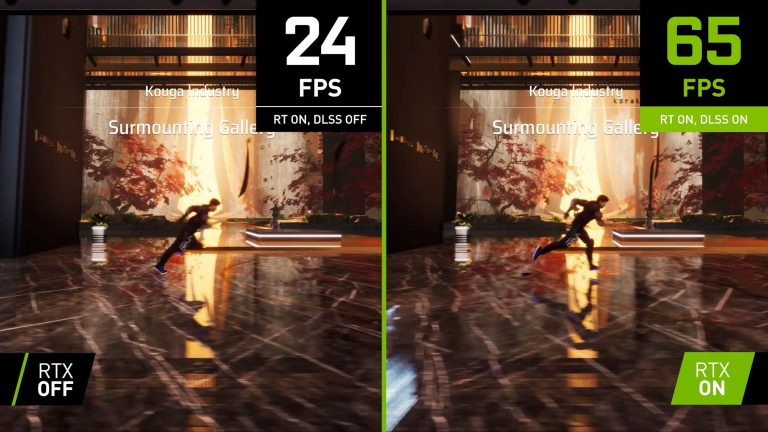 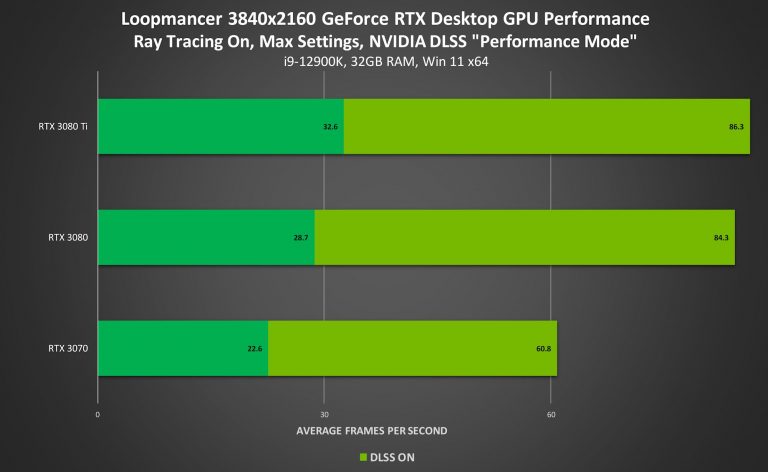 The list of DLSS-supported games can be found over at PCGamingWiki. Now, when it comes to games that were announced to support DLSS, but are yet to receive a patch we have a list of at least 42 games. Unfortunately many of these games were announced to support DLSS as far as 4 years ago, but never received an update to with NVIDIA’s super resolution. Yet, they are still on the list till developers declare DLSS is not coming.

NVIDIA’s announcement comes at the same time AMD celebrates a one-year anniversary of its FSR (FidelityFX Super Resolution) technology. NVIDIA competitor already has 110 games support FSR 1.0 and FSR 2.0 or confirmed to support in the future.

AMD FSR 2.0 support is spreading rapidly after the company released its technology as an open source alternative to DLSS. This means that the list below does not even include these games.

One year ago, we launched FidelityFX Super Resolution and it's been rapidly adopted throughout the industry. There are now 110+ available and upcoming games supporting #FSR and today, the FSR 2.0 source code is now available for developers. Details: https://t.co/9dbElKxmi1 pic.twitter.com/7Q6QRr2n3N