In a video review of Lego Builder’s Journey, the last game to receive NVIDIA DLSS and raytracing support, the Digital Foundry covers a new 2.2 version of NVIDIA Deep Learning Super Sampling, which is already available in certain games.

As we have mentioned before, when NVIDIA releases a game with a new DLSS library, it is possible to just copy the file to other games that already support DLSS. This enables a newer version of NVIDIA super-resolution technology in games that currently don’t have such an update as yet. In the vast majority of games, such a simple copy & paste method works without an issue, however, those files should be distributed by the game developers themselves after their testing, ensuring that the files are fully compatible. For scientific purposes though, it is definitely worth checking out what has been improved.

By far the most common issue with DLSS 2.1 was ghosting. Moving objects, especially not tied to motion vectors on which DLSS technology relies on, will show artifacts when moving. This has been demonstrated by Digital Foundry in a number of games, namely Cyberpunk 2077, NIOH 2, or Death Stranding. All these games currently do not have DLSS 2.2 enabled.

As reported by DF, DLSS 2.2 almost completely removed this ghosting effect, especially in places where it was the most visible. Leaves dropping from a tree in NIOH 2 no longer show any smudges, neither do oil-like droplets or birds flying up the sky in Death Stranding. Even the elevator in Cyberpunk 2077 no longer shows visible ghosting effects. That said, there is clearly a big upgrade from the 2.1 to 2.2 version in these specific cases. 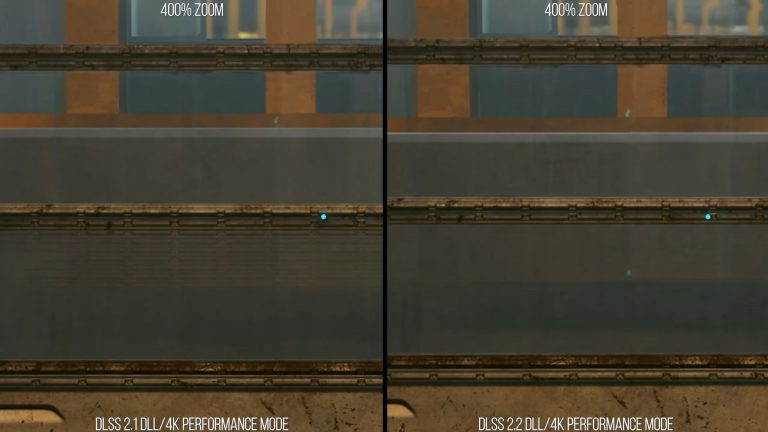 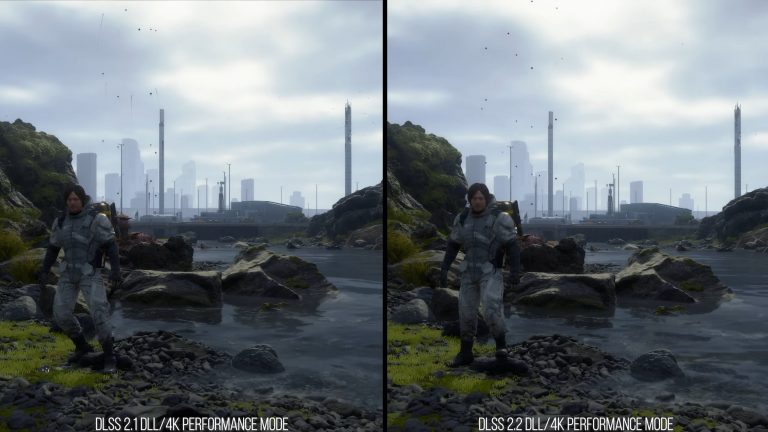 Furthermore, DLSS 2.2 also brings improvements to thin powerlines and meshes in games such as Cyberpunk 2077 or Metro Exodus. In Ultra Performance mode, which was rendered at 720p resolution and then upscaled to 4K, there is a visible improvement in the first game. This DLSS mode has generally seen negative reviews due to much lower image quality compared to other modes. However, by rendering at such a low resolution, the performance improvement is substantial. As noted by DF, this 2.2 upgrade for Ultra Performance might not as important to PC gamers as it could be to the rumored Nintendo Switch Pro hardware, which supposedly features NVIDIA DLSS support. In Metro Exodus objects behind a metal fence are also rendered with more accuracy, not to mention the mesh which looks a lot better in Performance Mode: 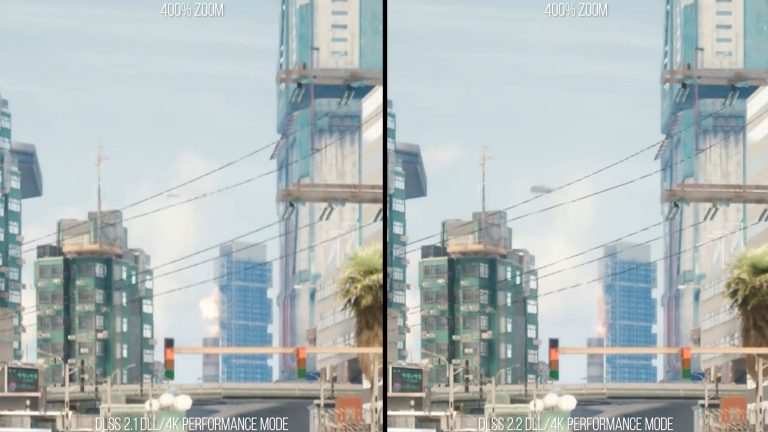 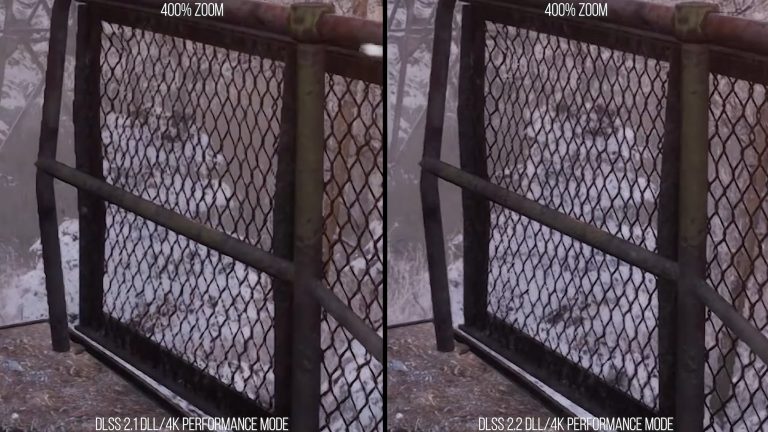 The ghosting effect has clearly been reduced in some games, but some users still report that it can be seen in games such as Rainbow Six Siege. Until all games have ghost-less DLSS upgrades, we cannot say that this problem has been fully eliminated.

Earlier this week we reported that NVIDIA released DLSS 2.2.9 version with Unreal Engine 5, only to learn that there is a 2.2.10 version already in the most recent Rust game update. This has been discovered by Reddit PatrickJr, who shares the files in case  you want to try it (just keep your antivirus software enabled though): 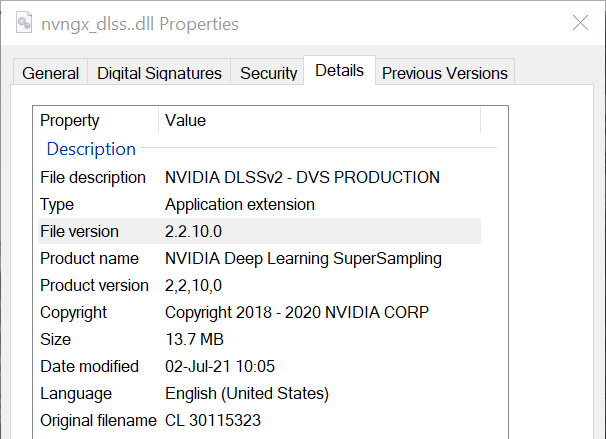