AMD’s next-generation ‘ultimate gaming platform’ featuring AMD Ryzen 5000 (Zen3) processors and AMD Radeon RX 6000 series (RDNA2) graphics cards will support a new technology called Smart Access Memory. With SAM, the data channel between the GPU and CPU expands to utilize the full GPU memory buffer. On conventional Windows-based PCs, this channel is limited only to a fraction of the VRAM, limiting performance in the process.

AMD figured out that the simultaneous launch of new CPUs and new GPUs is a perfect moment to introduce said technology for gamers. At launch, SAM will be limited to specific hardware. AMD so far confirmed that SAM will work on Ryzen 5000 CPUs and Radeon RX 6000 GPUs. Motherboards will require AGESA 1.1.0.0 firmware update.

NVIDIA states that the technology is actually part of the PCI Express specifications, and therefore could be enabled on Ampere GPU for both AMD and Intel processors. Thus, ironically, NVIDIA’s solution could work with both AMD and Intel CPUs while AMD will be hardware limited, a tweet from GamersNexus indicates:

Hard to fit in a tweet, but basically, they're working on enabling the same feature as AMD Smart Access Memory (AMD GPU+CPU=Perf uplift) on both Intel and AMD. No ETA yet. Doesn't look like it'll be ready before RX 6000 launch, but we'll keep an eye on development.

AMD released a chart with ‘real world performance gains’ coming from the SAM technology in 4K gaming. AMD expects up to 11% boost in Forza Horizon 4 and 5-6% gains in Borderlands 3, Gears 5, Hitman 5 and Wolfenstein Young Blood: 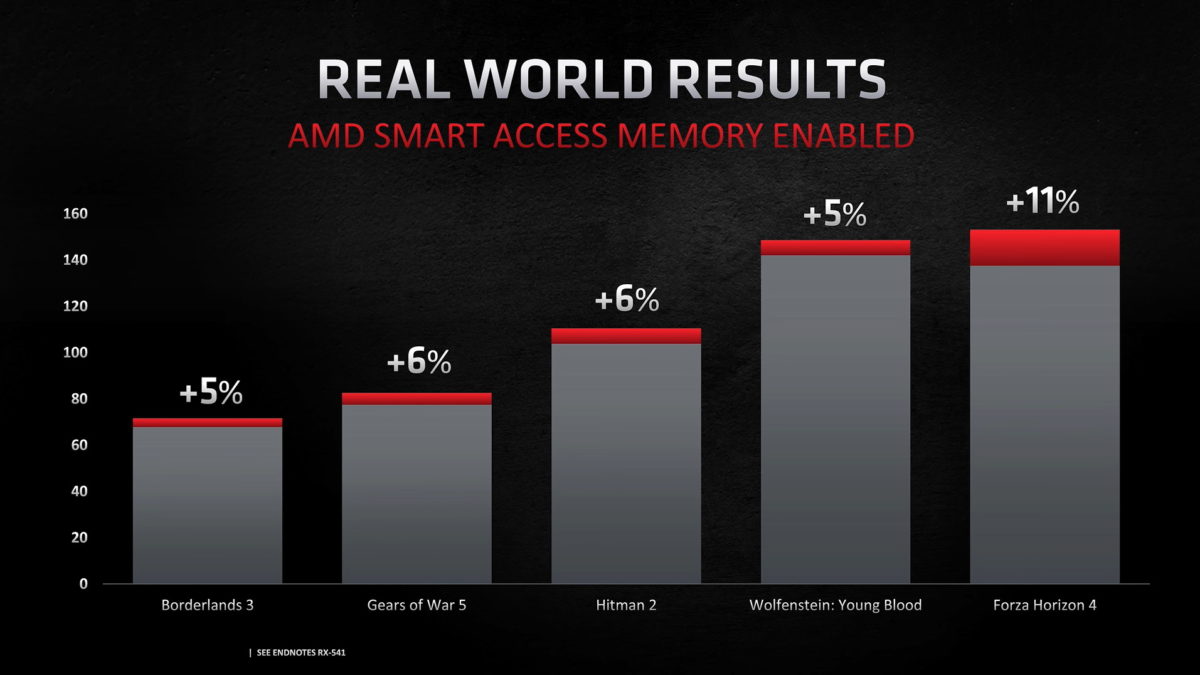