The most transistor-packed consumer GPU yet.

Not everything was revealed by NVIDIA today, but luckily for us, some board partners were quick to share the missing details.

Today, NVIDIA introduced its Ada Lovelace architecture for next-gen gaming, workstation and server GPUs. This architecture is based on custom TSMC 4N process and brings higher raster, raytracing and AI-accelerated computing over Ampere.

The AD102 GPU has 76.3 billion transistors and 608.4 mm². This means that the transistor density of 125.5 million per mm² is 2.78x higher than GA102 “Ampere” GPU manufactured by Samsung using 8N node. Those details were confirmed by PNY for RTX 6000 Ada workstation graphics card. 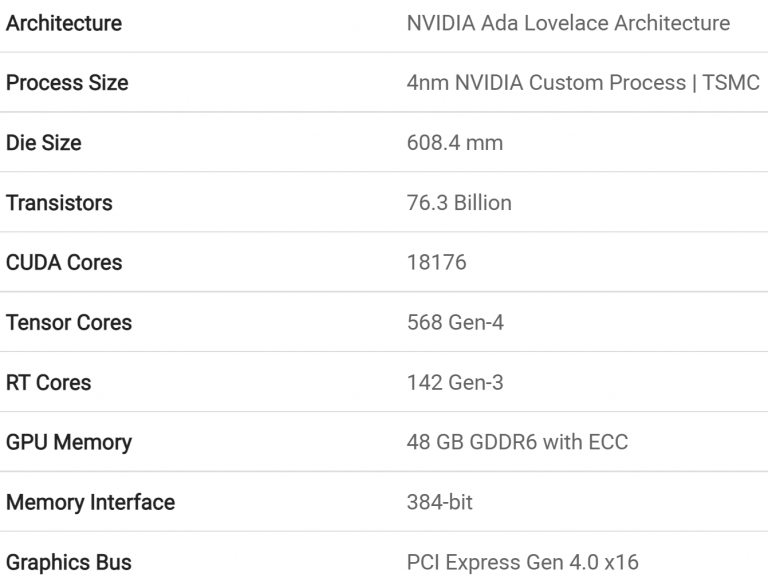 The AD102 GPU will not be used by RTX 4090 gaming card, RTX 6000 ADA workstation and L40 Server GPU. With 2048 CUDA core remaining budget, it is very likely that NVIDIA will introduce an even faster gaming card later.