The RTX 3090 graphics card featuring 10496 CUDA cores and 24GB of GDDR6X memory is launching tomorrow. Users will be able to read comprehensive and independent reviews and pre-order their cards either from NVIDIA or board partners.

In a blog post on the NVIDIA website, the company claims that the card was designed for the most demanding users. NVIDIA also mentions that RTX 3090 will be a great choice for creators making cinematic content. For researchers, NVIDIA underlines the AI performance of the new flagship.

NVIDIA is not forgetting to mention that GeForce RTX 3090 is the first 8K gaming-capable graphics card, which was already shown in sponsored videos from influencers. 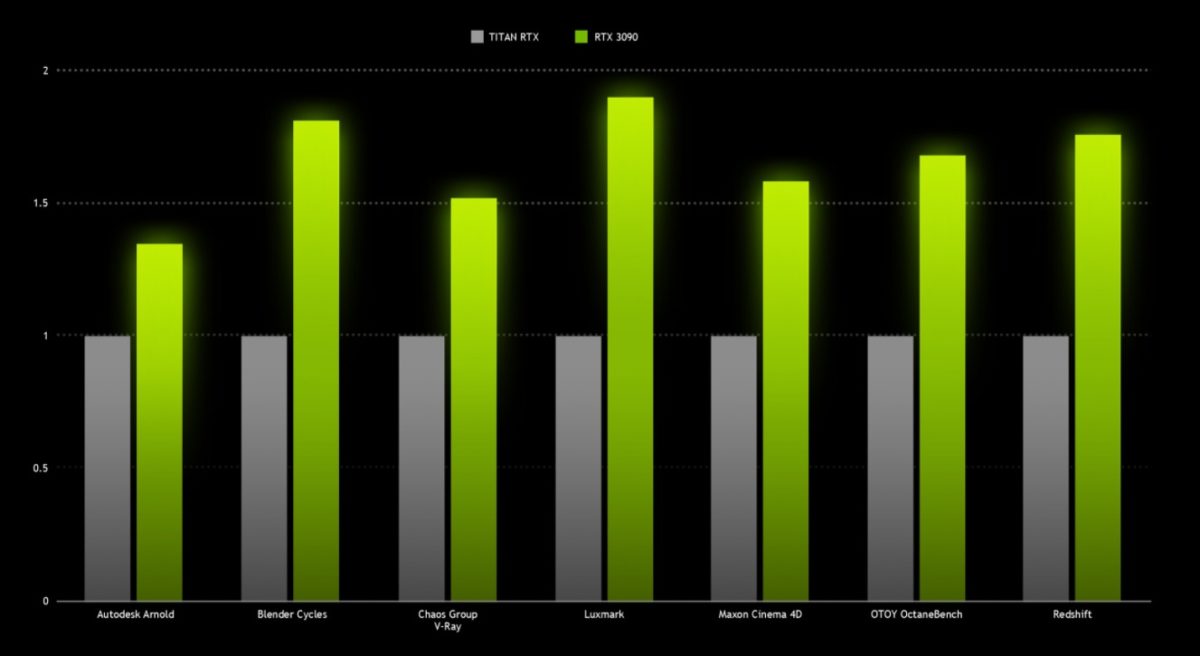 One would say that history is repeating itself, NVIDIA is advertising its flagship TITAN-class graphics card for productivity, while at the same time promoting it for 8K gaming. This has caused a lot of controversy in the past because the cards were not seeded to either board partners or reviewers. This is about to change with the RTX 3090.

When it comes to 4K gaming, NVIDIA made a surprising declaration ahead of the 3rd party reviews, the card will (only) be 10 to 15% faster in 4K gaming. We have confirmed this claim with at least four reviewers, although most of them are reporting a 10-12% performance increase over RTX 3080. The performance of the card is reportedly much better in synthetic and productivity workloads.

For gamers pushing the limits, the GeForce RTX 3090 is also the first GPU that lets you connect, play, capture, and watch in 8K HDR. That’s an insane 4x the pixels of 4K and 16x the pixels of 1080p.

Since we built GeForce RTX 3090 for a unique group of users, like the TITAN RTX before it, we want to apologise upfront that this will be in limited supply on launch day. We know this is frustrating, and we’re working with our partners to increase the supply in the weeks to come.