The video premiers in more than 41 hours, but this means that the video is already recorded and the pricing is most likely final. The video thumbnail and the teaser embedded into the YouTube premier confirms two things.

The Upcoming NVIDIA GeForce series will indeed have a new logo, matching exactly what we saw in the leaks:

This broadcast will be dedicated to Ada Lovelace architecture and GeForce 40 series, as suggested by the avatar and nickname of the supposed discord user highlighted in the teaser.

Those are of course just confirmation for what was already known, yet at least now we can call it official. On September 20th, we shall hear official word on GeForce RTX 40 series based on Ada architecture. NVIDIA is to announce RTX 4090 and most likely RTX 4080 series. The former is believed to be the first GPU to launch next month.

But there is one more thing, a sticky note with the question ‘T.I or Tie?’. It seems unlikely that NVIDIA is announcing 4090 Ti as well, so it was probably added as a joke. 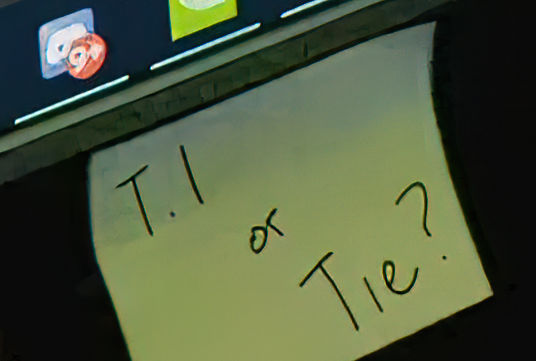