NVIDIA announced that GTC 2021 keynote will be delivered from Jensen Huang’s kitchen.

Due to the COVID-19 pandemic, all NVIDIA public events have been replaced with online events. The last year’s GTC (Graphics Technology Conference) keynote was delivered from NVIDIA CEO Jensen Huang’s kitchen. Since then the CEO continued to deliver announcements and product updates from the same place. With the COVID outbreak not ending anytime soon, Chef Jensen will deliver another GTC keynote from his own kitchen. 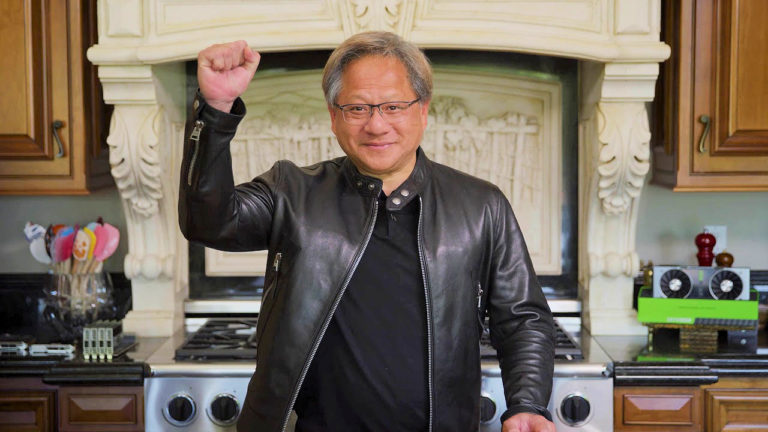 The keynote, delivered again from the kitchen in Huang’s home, will kick off a conference with more than 1,500 sessions covering just about every innovation — from quantum computing to AI — that benefits from moving faster.

Last year, just days before the GTC 2020 event, NVIDIA published a teaser named “What’s Jensen been cooking?”. It was a video of Jensen Huang taking the NVIDIA HGX system based on Ampere GA100 out of his own oven. The fact that NVIDIA publishes a similar teaser again, except this time in a written form, might indicate that we will see new hardware being shown at GTC 2021 as well.

NVIDIA GTC keynotes were never about consumer products, therefore no one should expect GeForce graphics card to appear there. However, Jensen has been revealing workstation Quadro series, datacenter Tesla accelerators, NVIDIA Drive automobile chips, and also Jetson embedded system at GTC each year, so this is exactly what we should expect.

There are been leaks on the next-generation RTX Ampere series (workstation series previously called Quadro). NVIDIA has so far only released RTX A6000 based on GA102 GPU, but since then the manufacturer has already released GA104 and GA106 GPUs for the consumer market. Both processors are rumored to launch under RTX A5000 and RTX A4000. At the same time, we expect to hear more about the Tesla T4 successor called NVIDIA A10.

The GTC 2021 keynote will take place on April 12 at 8:30 AM Pacific Time. The company announced that the event will feature “a few surprises” and encouraged users to be on the lookout.