Just two days ahead of the GTC 2020 keynote, Jensen Huang, the CEO of NVIDIA, has shared a video on the public NVIDIA YouTube channel.

Jensen takes, what appears to be, a DGX or HGX A100 system out of the oven while commenting that it has been cooking for a while. The DGX A100 system featuring eight Tesla A100 computing processors will be showcased at GTC 2020 during Jensen’s keynote.

The GA100 GPU, the Tesla A100 is based on, will be the first product based on NVIDIA Ampere architecture. There are some changes to the design of the DGX/HGX system compared to Tesla V100-based. The NVSwitch heatsinks have been upgraded and are now full towers, likely meaning that the interconnect bandwidth has increased for this generation.

Changes to the PCIe heatsinks can also be seen, as it now features more fins. This is likely an indicator that the system has PCIe Gen 4 support, which requires more robust cooling, especially for such a complex system. 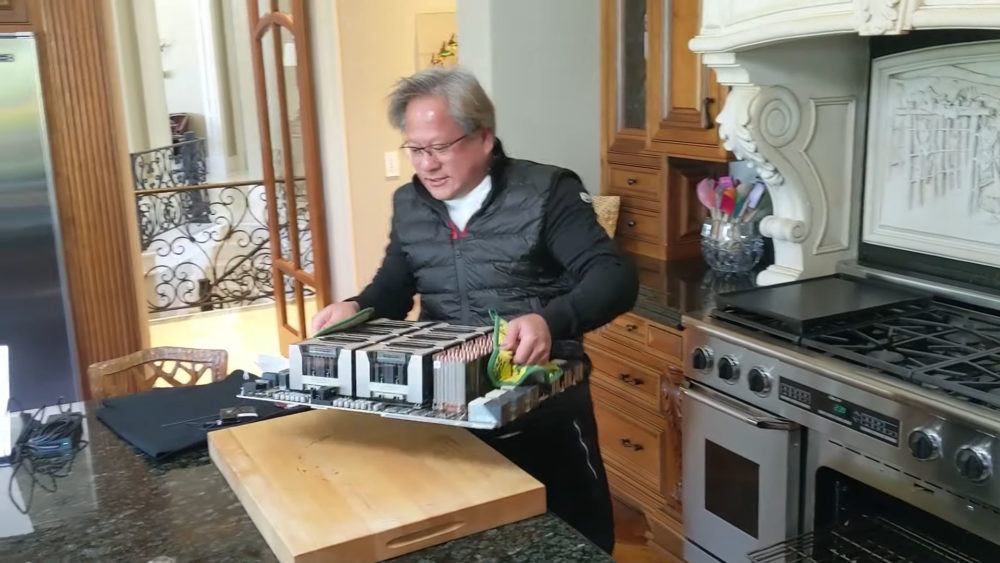 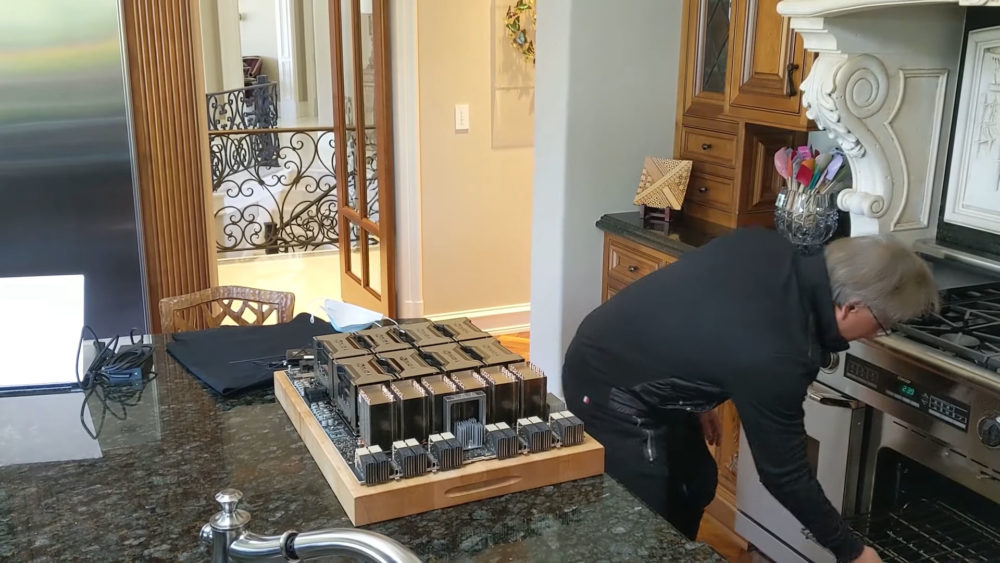