Jensen Huang, the CEO, and founder of NVIDIA has been honored today by Semiconductor Industry Association (SIA) with a Robert N. Noyce Award.

Jensen has been awarded for its ‘outstanding contributions to the semiconductor industry’. The Association noted his extraordinary vision and years of accomplishments in gaming and scientific markets. Jensen Huang has been leading NVIDIA since 1993 which has transformed into a multi-billion advanced graphics processor and accelerators company. 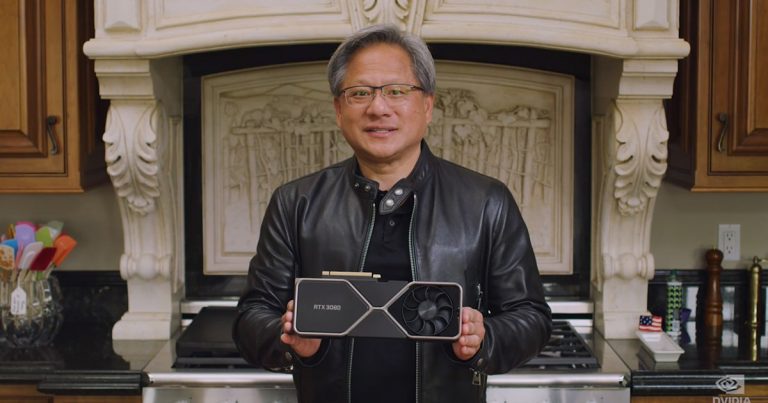 Huang is being awarded Robert N. Noyce Award a year after Dr. Lisa Su, the CEO of AMD. In the past, the Award has been given to four Intel executives, three from IBM and Texas Instruments and two from AMD, Applied Materials, and Micron.

SIA presents the Noyce Award annually in recognition of a leader who has made outstanding contributions to the semiconductor industry in technology or public policy. Huang will accept the award at the SIA Awards Dinner on Nov. 18, 2021.

“Jensen Huang’s extraordinary vision and tireless execution have greatly strengthened our industry, revolutionized computing, and advanced artificial intelligence,” said John Neuffer, SIA president and CEO. “Jensen’s accomplishments have fueled countless innovations — from gaming to scientific computing to self-driving cars — and he continues to advance technologies that will transform our industry and the world. We’re pleased to recognize Jensen with the 2021 Robert N. Noyce Award for his many achievements in advancing semiconductor technology.”

Huang founded NVIDIA in 1993 and has served since its inception as CEO and a member of the board of directors. Starting out in 3D graphics, NVIDIA helped build the gaming market into the world’s largest entertainment industry. More recently, NVIDIA ignited modern AI — the next era of computing — with the GPU acting as the brain of computers, robots, and self-driving cars.

Huang is a recipient of the IEEE Founder’s Medal, the Dr. Morris Chang Exemplary Leadership Award, and honorary doctorate degrees from Taiwan’s National Chiao Tung University, National Taiwan University, and Oregon State University. In 2019, Harvard Business Review ranked him No. 1 on its list of the world’s 100 best-performing CEOs over the lifetime of their tenure. In 2017, he was named Fortune’s Businessperson of the Year. Prior to founding NVIDIA, Huang worked at LSI Logic and Advanced Micro Devices. Huang holds a BSEE degree from Oregon State University and an MSEE degree from Stanford University.

“I am honored to receive the 2021 Noyce Award and do so on behalf of my colleagues at NVIDIA, whose body of work this award recognizes,” said Huang. “It has been the greatest joy and privilege to have grown up with the semiconductor and computer industries, two that so profoundly impact the world. As we enter the era of AI, robotics, digital biology, and the metaverse, we will see super-exponential technology advances. There’s never been a more exciting or important time to be in the semiconductor and computer industries.”