NVIDIA announced that it will give away a free copy of Watch Dogs Legion with upcoming purchases of GeForce RTX 30 series graphics cards. Watch Dogs Legion is the latest, not yet released, installment in the series. The game will be available starting from October 29th.

Additionally, the bundle will also include a 1 year GeForce NOW Founders Subscription. The service has recently been announced to support Chromebooks. This expands the ecosystem to PC, Macs, Shield TV, Android devices, and now Chromebooks. NVIDIA GeForce NOW is a game streaming service unlocking high-end graphics on portable devices. The content is streamed from NVIDIA servers with support for the latest technologies directly to the devices.

The bundle will go live starting from September 17th (which is the release date for the first Ampere graphics card – GeForce RTX 3080) and will last till October 29th. To be eligible for Watch Dogs Legion and 1 year of GeForce NOW Founders subscription purchase of RTX 3090, RTX 3080 or RTX 3070 graphics card is required. The codes must be redeemed by November 30th. 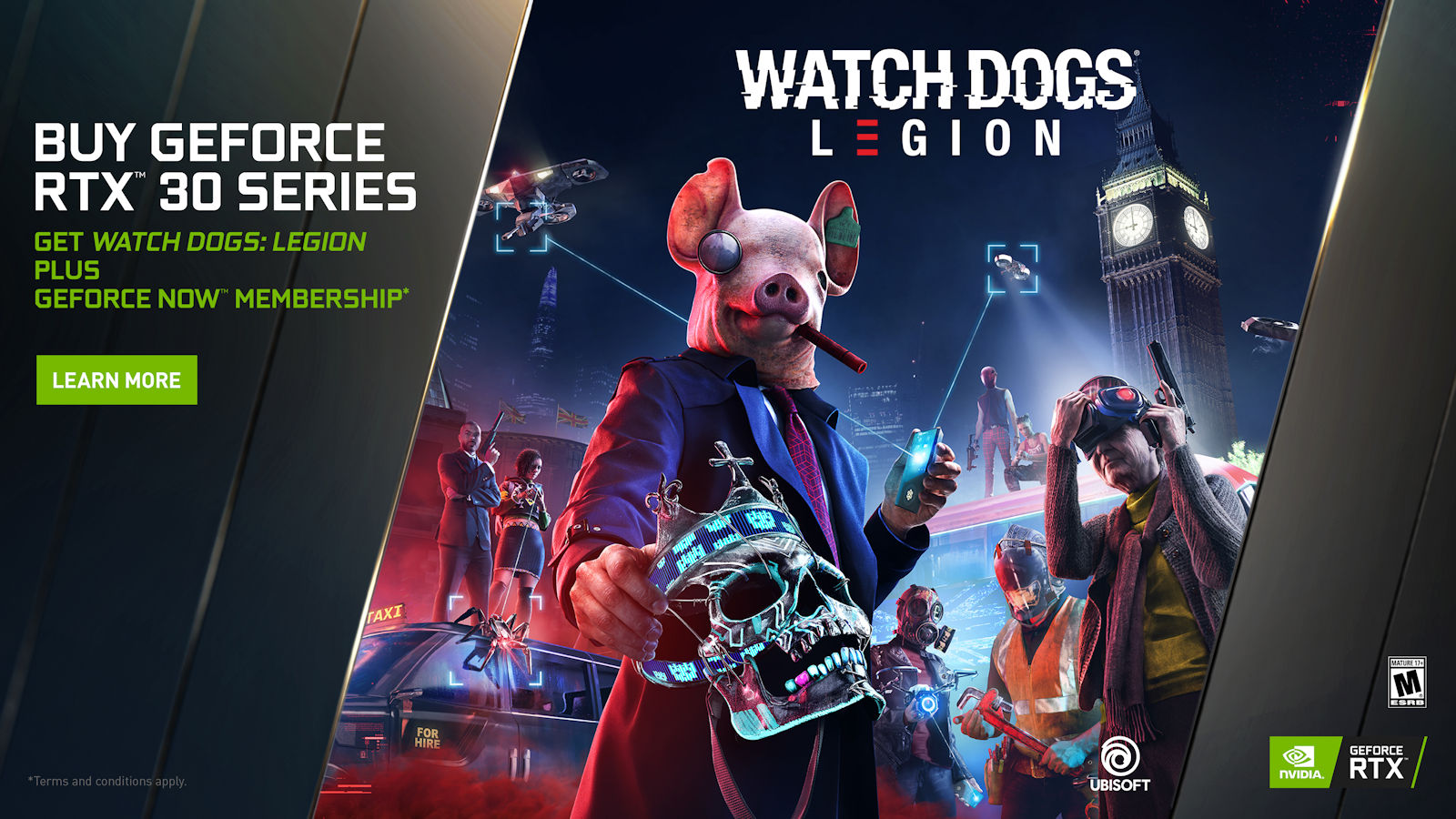