NVIDIA technology will make sure you never lose eye contact

The latest version of NVIDIA Broadcast is now live. It adds a new effect which aligns the gaze on the camera.

Content creators will now be able to read the scripts while NVIDIA technology will ensure that they are looking at the camera. The Eye Contact effect has been implemented into Broadcast software stack, a special toolbox for people who record their videos. 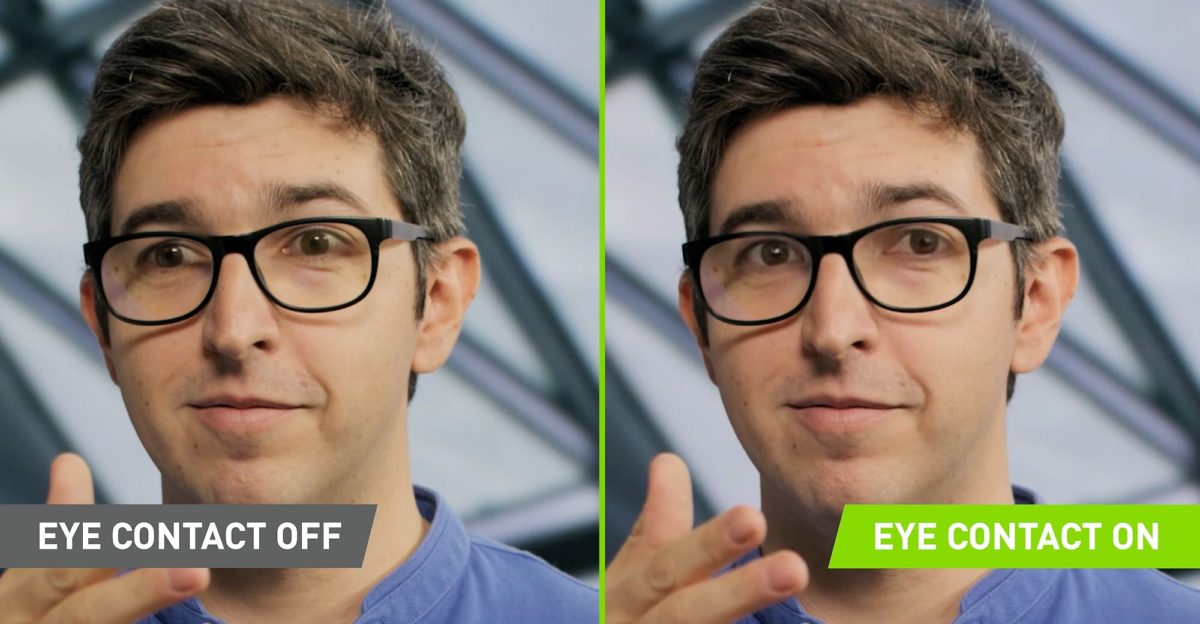 This technology will not only control where the speaker is staring, it will also copy the eye color and make sure that he blinks. It will do so automatically while recording and will do it smoothly enough for viewers not to notice.

The Eye Control should find its use among speakers and content creators who record themselves while reading the script. A job interview with notes plastered on the wall or teaching students while playing a game on another screen should not be a problem either.

The technology was demonstrated by Gerardo Delgado (Product Line manager at NVIDIA Studio), but there is even better demo by The Verge editor Mitchel Clark with a lot more movement involved:

Such technology is just a glimpse of what is to come in the emerging field of deep faking videos. Researches and enthusiast alike have already found a way to change their looks and voice entirely, often pretending to be celebrities. In such a case AI model training is needed. Here NVIDIA has trained its AI model to mimic ‘millions of eye colors and lighting combinations’.