The manufacturer today announced that its first professional graphics card based on Ampere architecture is now available.

Back in October NVIDIA announced it will launch two professional products based on Ampere GPUs: RTX A6000 and A40 were to feature GA102 and GA104 graphics processors respectively. While the announcement was not a surprise to anyone, the fact that these cards do not feature Quadro or Tesla branding certainly was.

NVIDIA has discontinued its Quadro and Tesla series by offering a single series of products known as NVIDIA RTX Axx or NVIDIA Axx. It actually matters if the card carries the RTX branding because these cards will replace the Quadro series, while the non-RTX A40 card is basically a Tesla successor that will accompany the already launched GA100 A100 accelerator.

The RTX A6000 is the only graphics card based on GA102 GPU to feature all CUDA cores enabled. With 10752 CUDA cores, the GPU has a single-precision compute performance of up to 38.7 TFLOPs, which is 3.1 TLFOPs more than GeForce RTX 3090. Unlike the gaming card, however, the RTX A6000 features twice the memory capacity of 48 GB. Such modules are currently only available with GDDR6 memory technology, hence the memory bandwidth is actually lower on the former professional model.

NVIDIA RTX A6000 features four DisplayPort 1.4 connectors with no HDMI 2.1 output. It’s a blower type design cooler, so it is not a datacenter card like A40, which only features a passively cooled heatsink. Only two cards can be connected through a new low-profile NVLink bridge. The A6000 is a workstation card that also supports NVIDIA vGPU virtualization technologies. 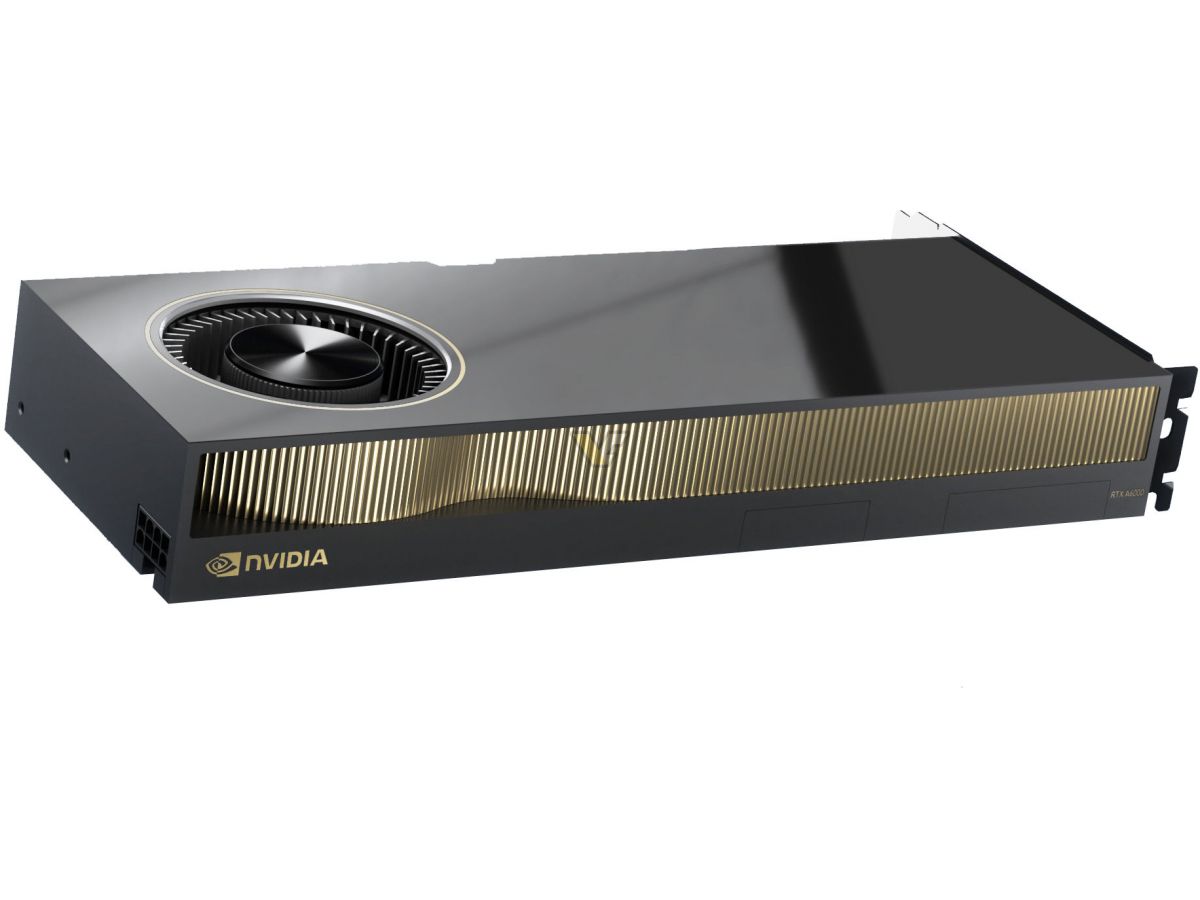 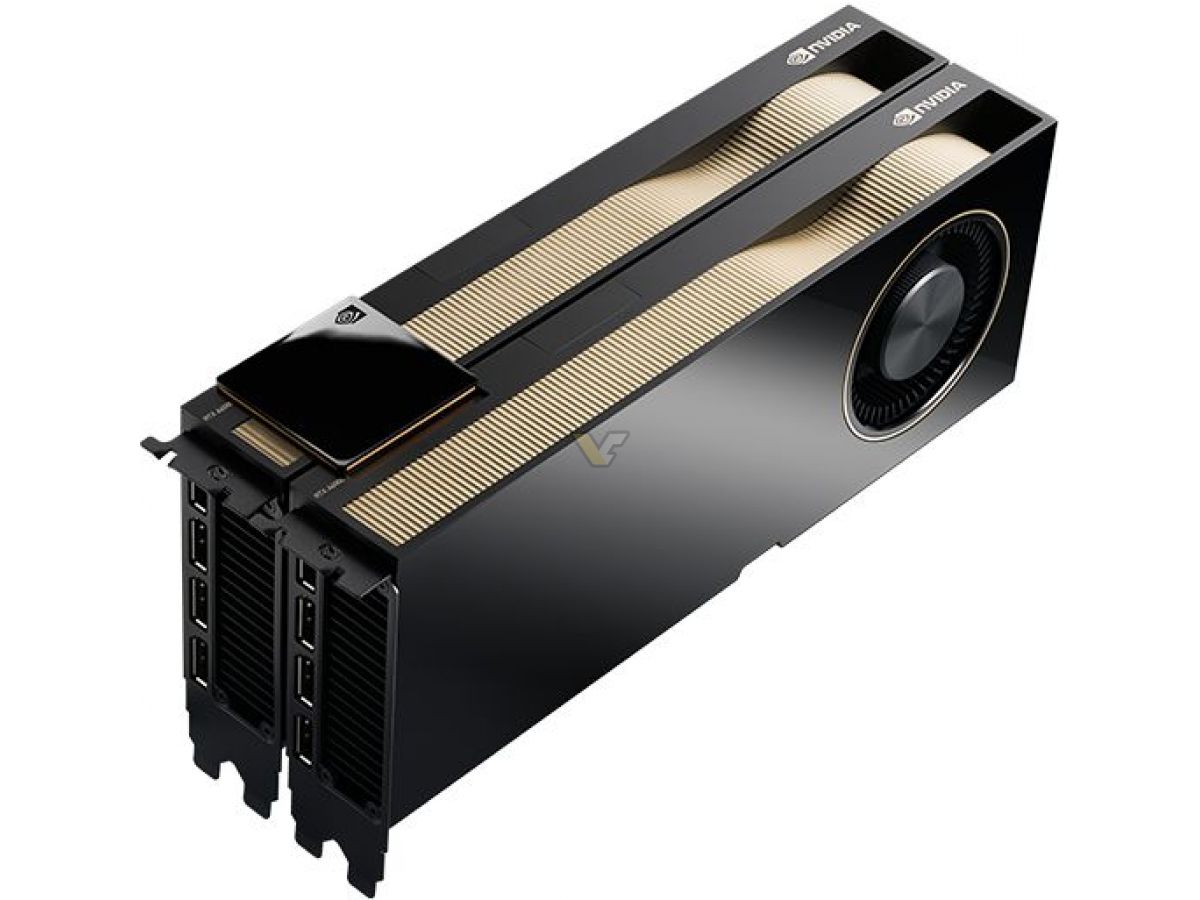 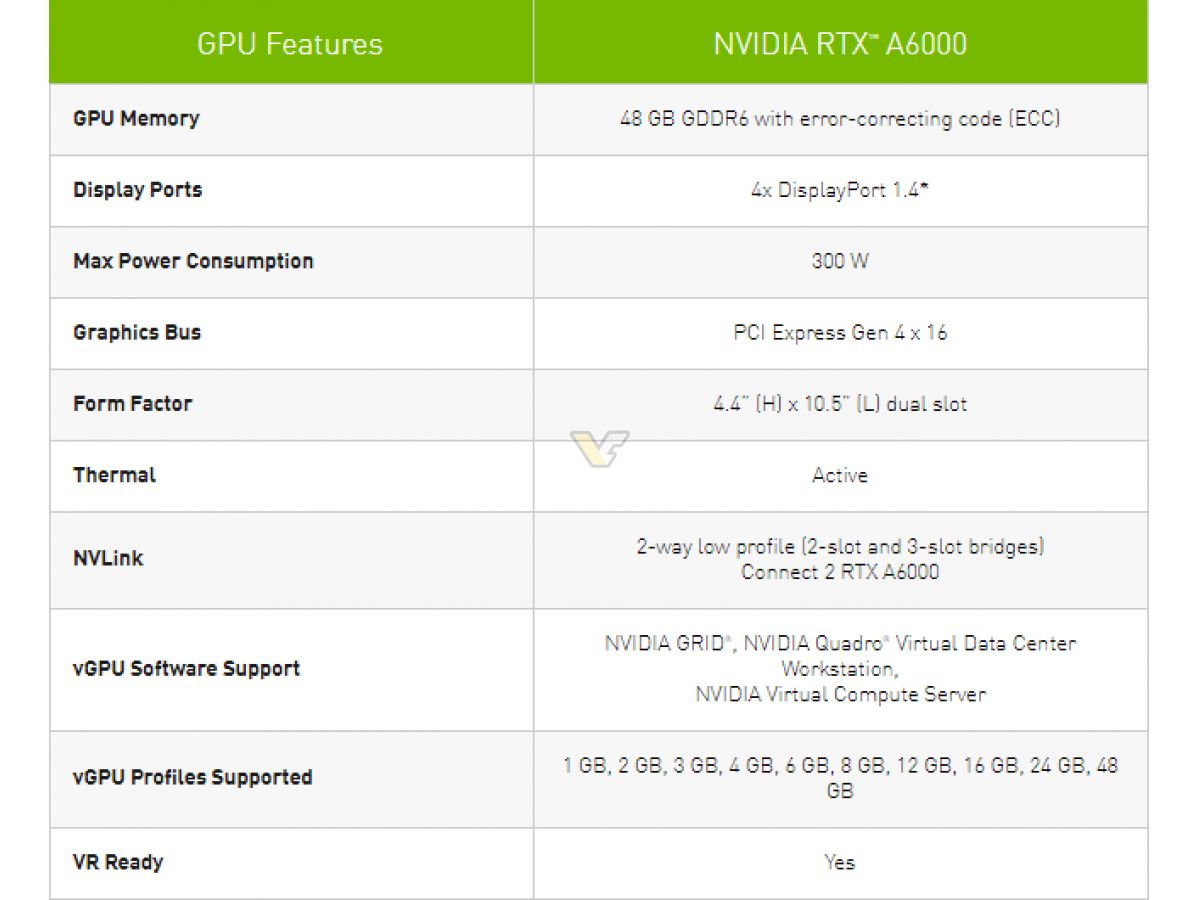 The graphics card is currently listed in NVIDIA’s own store at 4,650 USD, which is noticeably less than RTX A6000 based on Turing architecture.

The #NVIDIARTX A6000 is now available.

NVIDIA also announced it will rename its Quadro drivers into NVIDIA RTX Enterprise driver. This is obviously an expected move as the company has already discontinued the Quadro products series in favor of its RTX-branded accelerators and workstation solutions.

With the introduction of NVIDIA RTX products powering the next generation of professional visual, compute, and AI platform solutions for the enterprise, the Quadro driver will be transitioning to the NVIDIA RTX Enterprise brand to better align with new and future products. NVIDIA RTX Enterprise drivers will continue to provide users with the same level of enterprise-class quality, reliability, performance, and security as previous Quadro drivers. These new drivers will not only deliver the latest features and improvements for NVIDIA RTX GPUs, but also for current and previous generation Quadro GPUs.

Release 460 is a ‘Production Branch’ (PB) release. PB drivers are designed and tested to provide long-term stability and availability, making these drivers ideal for enterprise customers and other users who require application and hardware certification from ISVs and OEMs respectively.

PB drivers are a superset of the NVIDIA Studio Drivers and provides all the benefits of the Studio Driver of the same version in addition to NVIDIA RTX-specific enhancements and testing.