NVIDIA RTX A4500 is equipped with GA102 GPU featuring 7168 CUDA cores. It is, therefore, the lowest core count from all existing GA102 GPU graphics cards. 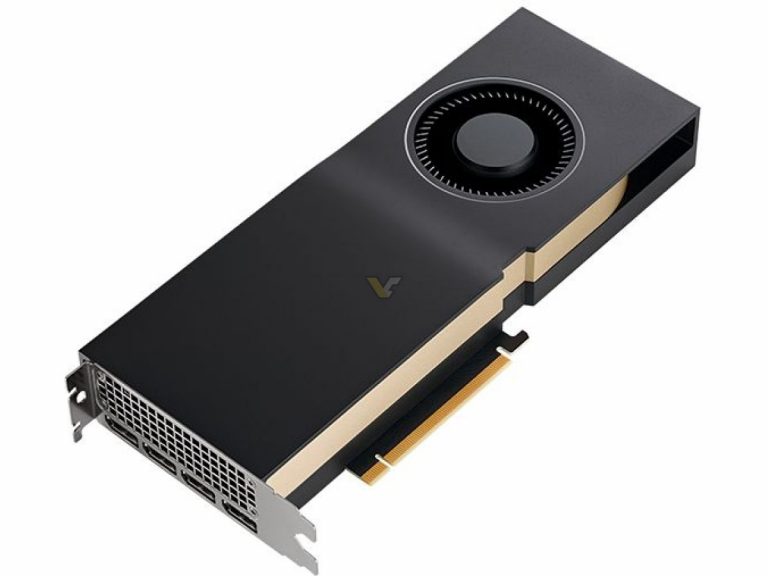 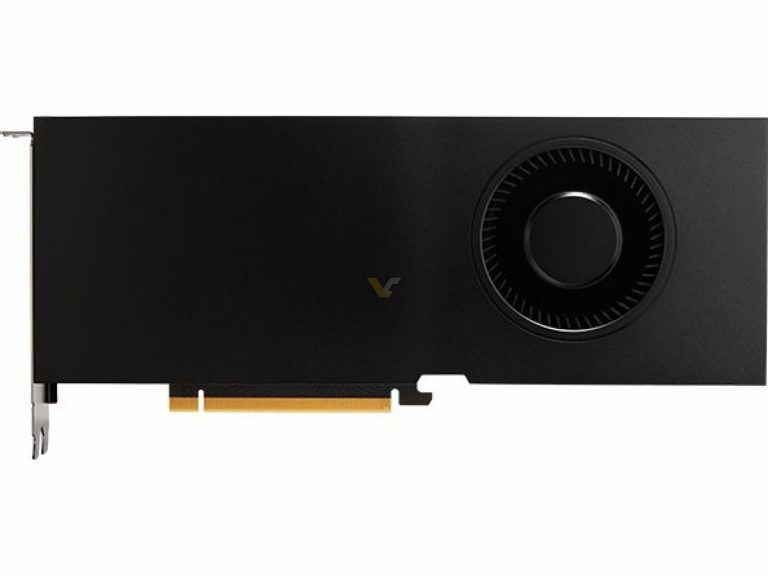 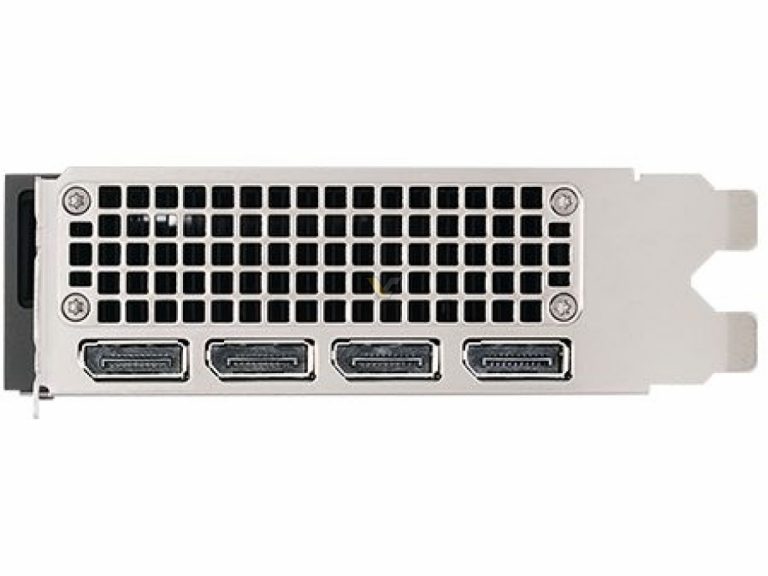 The RTX A4500 has a TDP of 200W, which is 30W less than RTX A5000. Both cards actually have a lot in common, such as the external design, but this is mostly due to the fact that they are both based on the same GPU. With a reduced CUDA core count to 7168, the number of Tensor Cores has also been reduced to 224. In terms of memory, the card offers 20GB GDDR6 memory across a 320-bit bus. With a memory speed of 16 Gbps, the card has 640 GB/s of maximum bandwidth.

NVIDIA today also announced it will now offer RTX A2000, the slowest Ampere workstation card, with 12GB GDDR6 memory. There are no changes to the specifications otherwise, in fact, even the 70W TDP has remained intact. This is a GA106-based model with 3328 CUDA cores and up to 8 TFLOPS of single-precision compute power.

Both cards are for desktop workstation systems and they offer quad DisplayPort 1.4 support (either full-sized DP or miniDP in the case of the RTX A2000, which is a low-profile design). 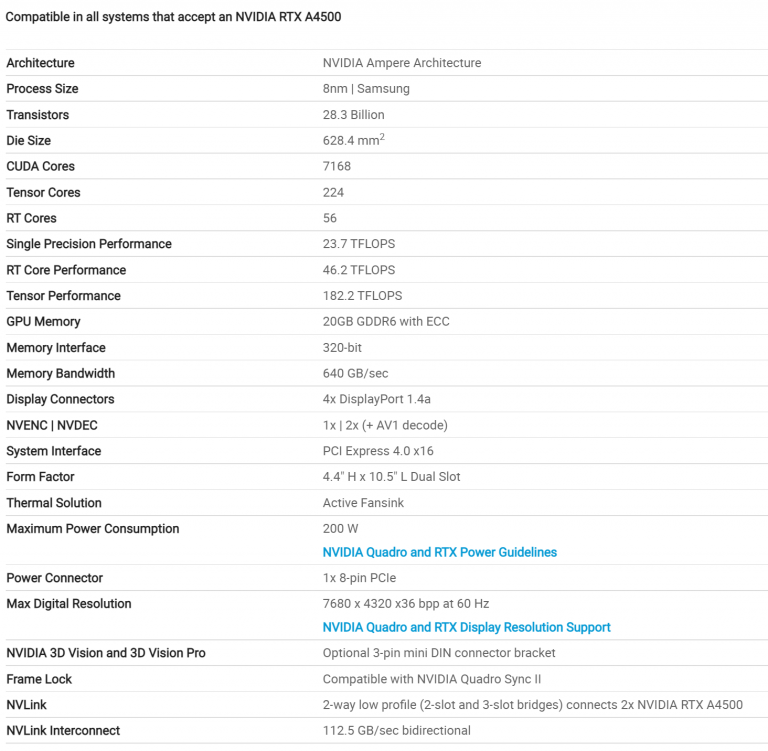 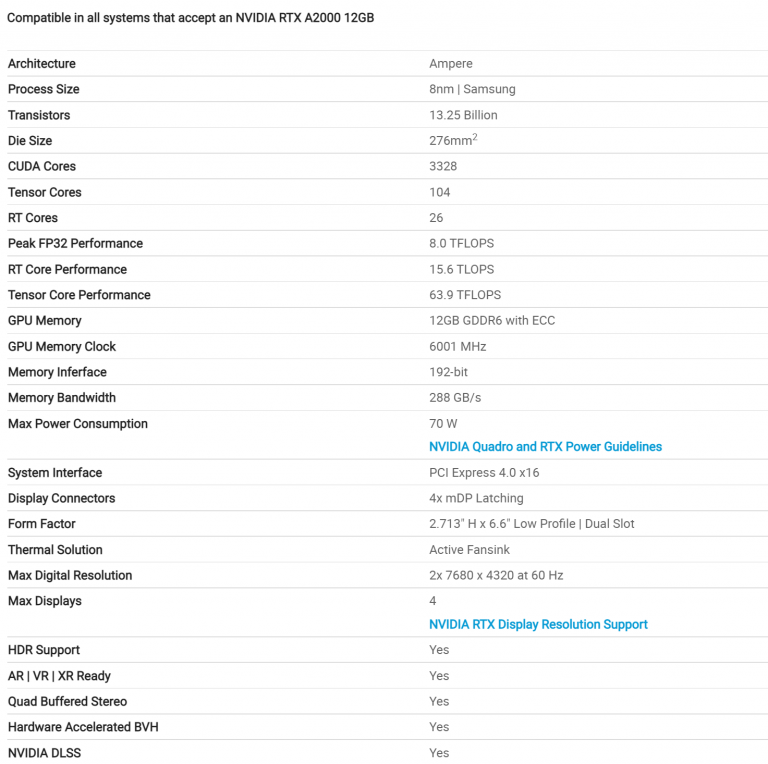