It is important to note that NVIDIA officially phased out the Quadro naming. Meaning that the manufacturer will no longer use Quadro and Tesla to position its workstation and server products. However, the official product website still features Quadro in the link.

NVIDIA announced two graphics cards for professional use: RTX A6000 and A40, both utilizing the latest Ampere architecture. Interestingly both models feature the exact same GPU configuration, which is 84 Streaming Multiprocessors with GA102 GPU. This means that A6000 and A40 feature 10752 CUDA cores.

The RTX A6000 is a workstation graphics card whereas A40 is intended for server use, so technically the A40 could be considered a Tesla T4 successor. The difference is that A40 will feature display outputs, while Tesla server cards did not offer them in the past. The RTX A6000 and A40 are equipped with quad DisplayPort 1.4 connectors.

While both cards feature 48GB of GDDR6 non-X memory, there are changes to the specs for each model. The A6000 features 16 Gbps modules, while the A40 sticks to 14.5 Gbps. This means that the former SKU has 768 GB/s of maximum bandwidth and the A40 will offer a slightly lower speed of 696 GB/s.

NVIDIA has not confirmed the launch date for both cards, nor did the company unveil pricing. Both cards are rated at 300W and they feature a new 8-pin power connector (not compatible with the traditional PEG 8-pin for GeForce RTX series). 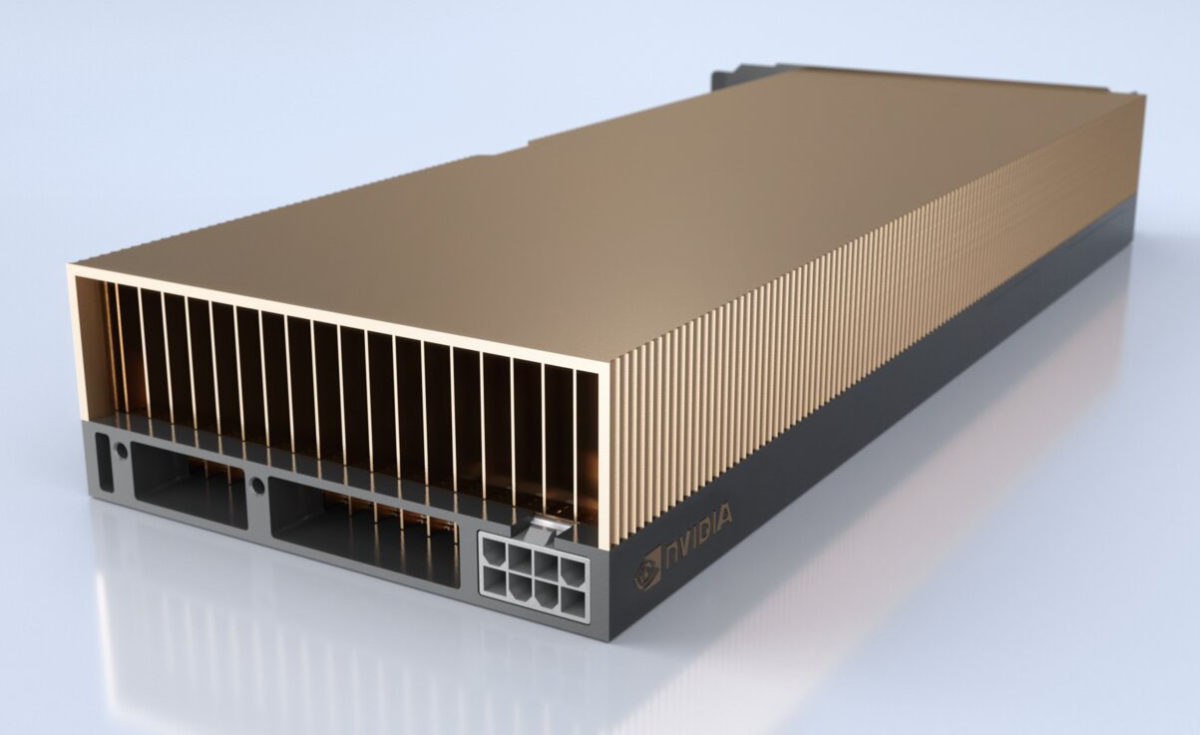 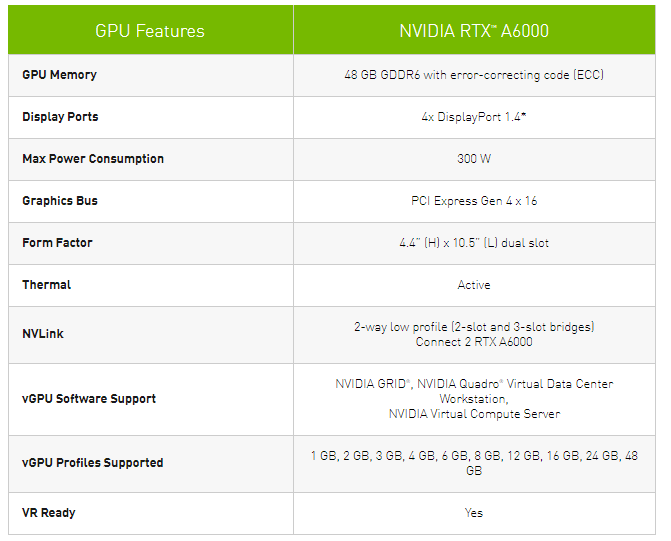 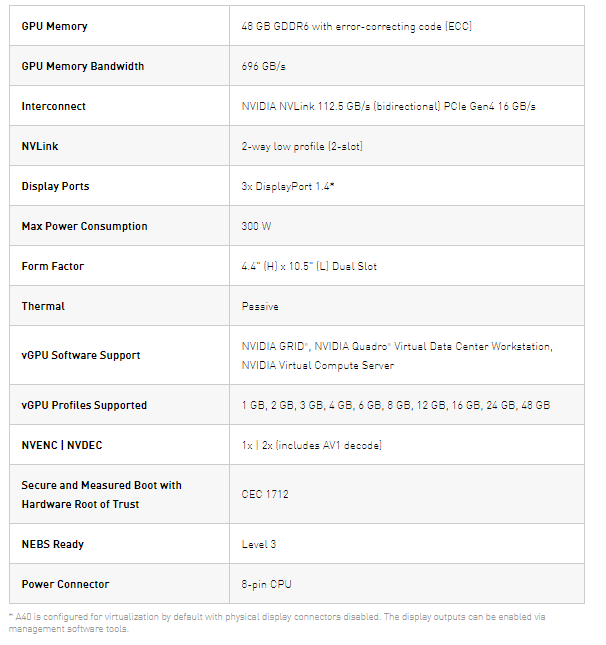 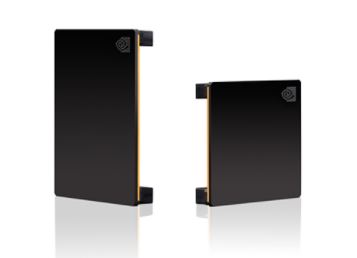 NVIDIA CEO Jensen Huang sets the stage for #GTC20 by describing the implications behind the coming age of AI and welcomes the company’s developer community, …

NVIDIA is helping professionals address these challenges and tackle enterprise workloads, from the desktop to the data center, with the new NVIDIA RTX A6000 and NVIDIA A40. Built on the NVIDIA Ampere architecture, the GPUs feature new RT Cores, Tensor Cores and CUDA cores that accelerate graphics, rendering, compute and AI significantly faster than previous generations.

The GPUs provide the speed and performance to enable engineers to develop innovative products, designers to create state-of-the-art buildings, and scientists to discover breakthroughs from anywhere in the world.

Among the first to tap into the power of the RTX A6000 is Kohn Pedersen Fox Associates, one of the world’s largest architecture firms, which notes the ability to triple resolution and accelerate real-time visualization of complex building models.

“The ability to double or triple the resolution and vastly accelerate our real-time visualization of massive, complex building models in cityscapes with the NVIDIA RTX A6000 is super impressive,” said Paul Renner, visualization manager at KPF.

Groupe Renault is one of the world’s largest car manufacturers and a leading player in the emerging technology field of e-mobility.

“Creating the next generation of passenger cars requires design perfection and a relentless pursuit of aesthetic beauty,” said Guillaume Shan, who works in Computer Graphics and Visualization Solutions at Groupe Renault. “The Renault design team constantly pushes the boundaries to use every tool at our disposal. We have always relied on NVIDIA technology to review design concepts in ray-traced photorealism. The new NVIDIA RTX A6000 has exceeded our expectations and shown performance gains of over 2x with ray-traced exterior scenes. It’s quite impressive.”

Other early adopters, including some of the world’s leading architecture, manufacturing, and media and entertainment companies, are using RTX A6000 to power new content:

The NVIDIA RTX A6000 and NVIDIA A40 deliver enhanced performance with groundbreaking technology, including:

“We were impressed with the significantly better performance we measured on NVIDIA RTX A6000 than the prior generation of GPUs, both with general grading functions as well as our recent AI-based tools. Its 48 gigabytes of main memory greatly enhances Blackmagic RAW 8K and 12K camera workflows, making editing and grading performance fluid,” said Dan May, president at Blackmagic Design.

“NVIDIA Ampere is a boon to all our GPU ray tracing, more than doubling the performance of V-Ray GPU and Project Lavina when comparing the RTX 3080 to the RTX 2080,” said Phillip Miller, vice president of product management at Chaos Group. “Now our users can have real-time, 100-percent ray tracing at HD resolutions using a single card.”

NVIDIA RTX A6000 and NVIDIA A40 Available in New Systems

A wide range of NVIDIA RTX A6000-based workstations are expected from the world’s leading systems manufacturers, including BOXX, Dell, HP and Lenovo.

Support for NVIDIA virtual GPU software, including NVIDIA Virtual Workstation, will be available early next year.