NVIDIA is returning to the in-person Graphics Technology Conference.

In just 3 days NVIDIA’s VP of PC business Jeff Fischer will deliver an update to the GeForce product family, by introducing the most powerful mobile GPU thus far, the RTX 3080 Ti. Additionally, Fischer is expected to mention the upcoming desktop RTX 3090 Ti flagship GPU as well as entry-level RTX 3050, both coming by the end of this month.

NVIDIA GTC developer conferences, on the other hand, are all about HPCs, AI, and the automotive industry. At GTC 2022 Spring it will be NVIDIA’s CEO role to deliver the latest on the company’s AI/HPC hardware and software. On March 21st Jensen will deliver a keynote, which will kick off the in-person developer conference in San Jose. 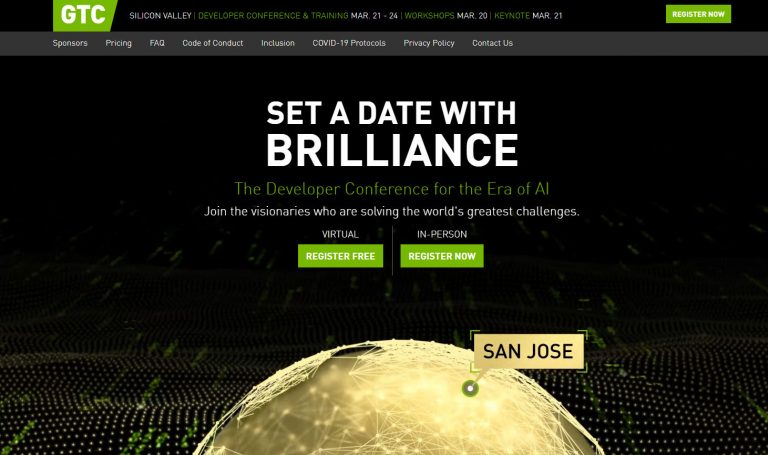 At GTC 2022, Jensen could finally reveal its long-rumored Hopper architecture, NVIDIA’s first high-performance compute accelerator featuring a multi-chip design. This processor is to compete with the AMD Instinct MI 200 series which made a debut in November last year.