The RTX 3090 Ti offers a full implementation of the GA102 GPU. This card will not only feature more cores but also faster memory than the original RTX 3090 GPU. 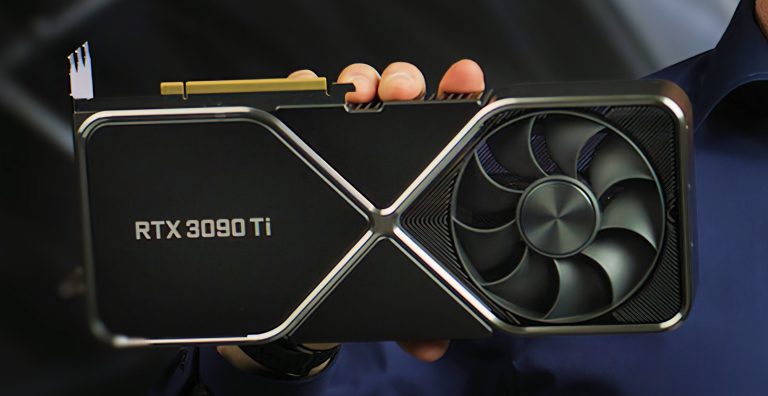 NVIDIA GeForce RTX 3090 Ti ships with 10752 CUDA cores and 24GB GDDR6X memory. It is NVIDIA’s first model to feature 21 Gbps 16Gb modules, which is part is the reason why this card has a higher TDP of 450W, over 100W more than the RTX 3090 model. It is also the first GPU to utilize a 16-pin power connector, which will hopefully become a standard that will replace standard 8-pin power connectors.

The new flagship GPU has a boost clock of 1860 MHz unlocking nearly 40 TFLOPs of single-precision compute power, a compute performance not available to any NVIDIA Ampere GPU yet.

NVIDIA was not ready to share the specs of this new card just yet, but promises to reveal more details later this month. Thankfully for our readers, we have the full spec listed below:

NVIDIA is also launching its entry-level RTX 3050 GPU with 9 TFLOPS of single-precision compute power. This model is based on GA106-150 GPU with 2560 CUDA cores. It is equipped with 8GB GDDR6 memory across a 128-bit memory bus.

NVIDIA announced that RTX 3050 will become available on January 27th with a suggested retail price of 249 USD. 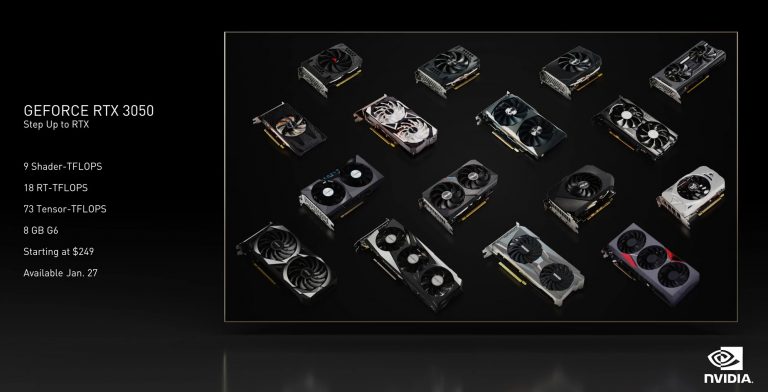