NVIDIA GeForce RTX 3080 Ti is based on GA102 GPU with 10240 CUDA cores, this is a cosmetic reduction from 10496 cores on RTX 3090. The RTX 3090 will still remain the fastest card in the lineup, but thanks to a relatively small difference in clock speeds and identical TDP of 350W, the RTX 3080 Ti is to offer very similar performance.

The RTX 3080 Ti is here to compete with RTX 3090 though, but rather offer a new option for those who were not able to buy RTX 3080. A higher memory capacity of 12GB GDDR6X  and a wider bus, will provide a visible bandwidth increase. NVIDIA believes that this will help both gamers and creators alike.

The NVIDIA GeForce RTX 3080 Ti will launch on June 3rd while RTX 3070 Ti will be available a week later. A day before each date we should see the first independent reviews of both SKUs. 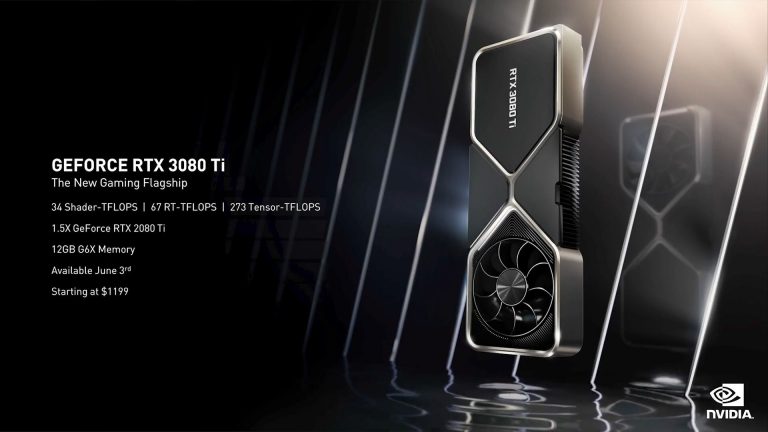 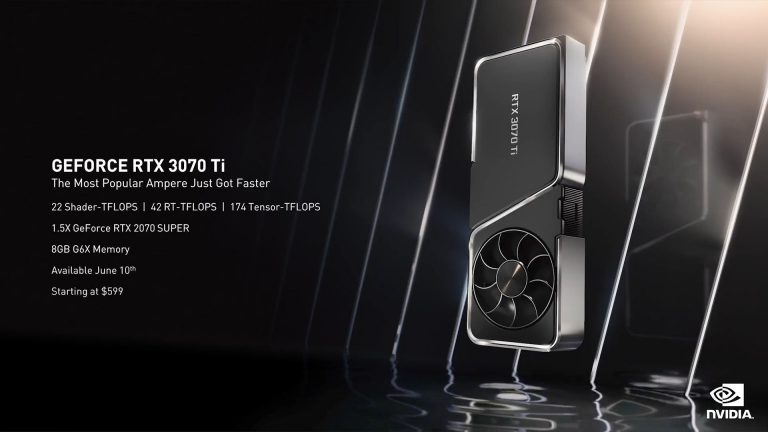