NVIDIA GeForce Now with fewer than 60 FPS in certain games

NVIDIA recently introduced a new tier for its cloud streaming service called ‘RTX 3080’, offering high-end capable Ampere GPU for each user. This tier, however, has a much higher price tag than the existing premium tier. Meanwhile, ‘Priority’ members are noticing their games are not actually rendered at 60 FPS.

NVIDIA GeForce NOW ‘Priority’ tier costs just half of the RTX 3080 service. According to NVIDIA’s own website, the cheaper tier offers ‘Premium Rig’ hardware it is limited to (up to) 1080p 60 FPS. Nowhere on the membership page do users learn that some of the most popular AAA titles do not actually support this framerate. 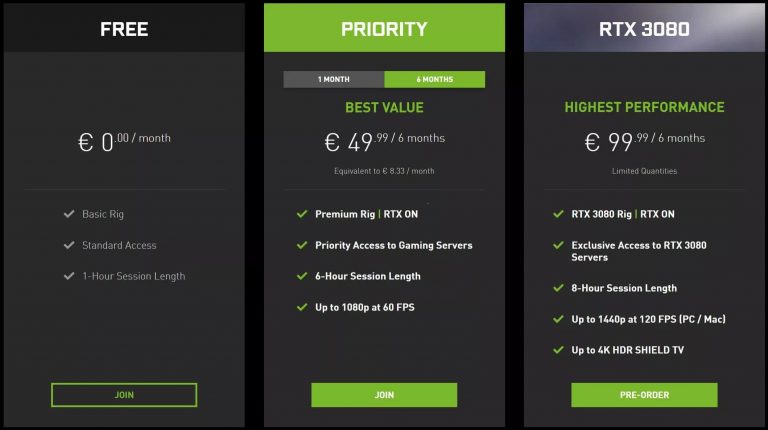 It all started when a Redditor and GeForce NOW member reached out to NVIDIA customer support with a question about why Guardians of the Galaxy (which by the way is NVIDIA title with DLSS) is capped to 50 frames per second through the game menu. This setting could not be modified. An email sent back by the support confirmed that this is intentional and there are in fact other games that are hard-capped to certain FPS, such as CyperPunk 2077 with a 45 FPS limit.

A few days later NVIDIA published a detailed list of GeForce NOW games with capped frame rate. The company explains that certain games did not work well at 60 FPS with the Priority ‘Premium Rigs’, supposedly because they are not capable of sustaining such a framerate. So instead of upgrading the rigs or simply providing more performance to GN users, NVIDIA decided to artificially limit the framerate in games, and even gave it a fancy name “Optimal Playable Settings (OSP)”. The OSP can be overridden by users in most of the 1,100 games that GeForce NOW supports, but there are games that will not allow for such an extravagance.

For our Priority Members, the maximum frames rendered per second is generally set to 60, or higher, for most of the 1,100+ games we’ve onboarded so far. There are some exceptions that we determined do not run well enough at 60 FPS on the GPUs used by Priority members. So the default OPS for these specific graphics-intensive games cannot be overridden. This is to ensure all Priority members are running a consistent, high-quality experience. However, we do continue to stream these games at 60 FPS.

This of course only applies to the Priority tier of GeForce NOW, so RTX 3080 tier members should not really care about those limits. However NVIDIA did not reveal its OPS list for the highest tier, so we are not sure if there actually games limited for the RTX 3080 tier as well.

Interestingly, the video is still streaming at 60 FPS, so for Priority members, the 1080p/60FPS claim is still true. Technically speaking though, NVIDIA could just as well stream at 4K/120FPS, but only the game would still be rendered at a much lower resolution. But this might just show how important is to read all the details and limitations of game streaming services.

Despite those limitations, GeForce NOW is still an interesting option for many gamers who are simply unable to find a dedicated RTX-enabled graphics card in stock and at a good price. The Priority tier is available at 50 USD per six months, while RTX 3080 tier is 100 USD per six months. This particular GPU now goes for around 1500 USD on Newegg, which equals 7.5 years of GeForce NOW RTX 3080 subscription.

The downside is that cloud gaming services do not often include all titles (especially true with GN) and it adds latency and complexity to actually launching the game. Users also need uncapped high-speed Internet access. On the plus side, the service is available on multiple platforms (PC/Mac/Android/Internet Browsers) which do not require powerful hardware. Not to mention all the power saved by not actually using a 320W GPU. 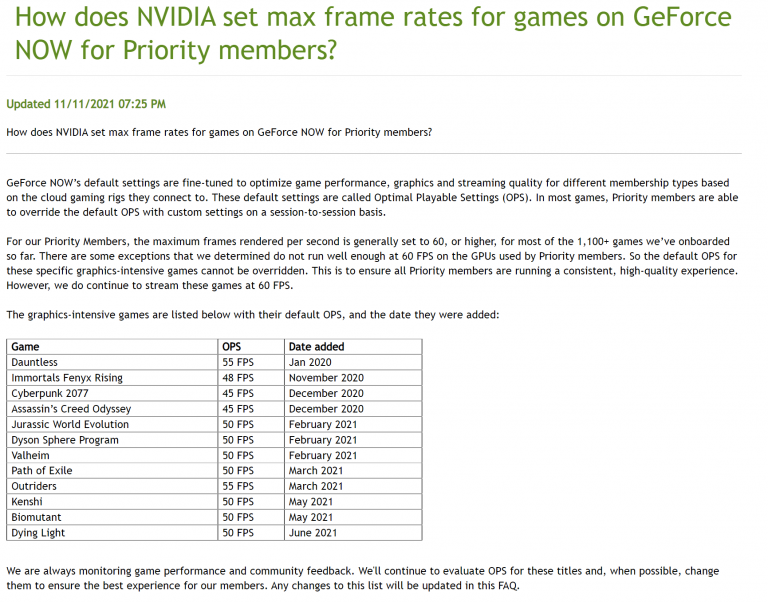