The good news is that most of the popular coolers are already compatible with CML-S out of the box. This is because the mounting on LGA1200 socket is identical to LGA115x, the manufacturer says.

Noctua separated their coolers into four groups: compatible out of the box, those which require upgrade kits and those which are not and will not be compatible. Depending on the cooler, you might request the upgrade kit free of charge from Noctua, otherwise, it will cost you around 9 USD + shipping.

A leaked slide from a few months ago already confirmed that Intel will retain the dimensions and thermal retention from Coffe Lake-S. The socket only has a new keying configuration which should ensure that no 7-9th Gen Core CPU will fit. 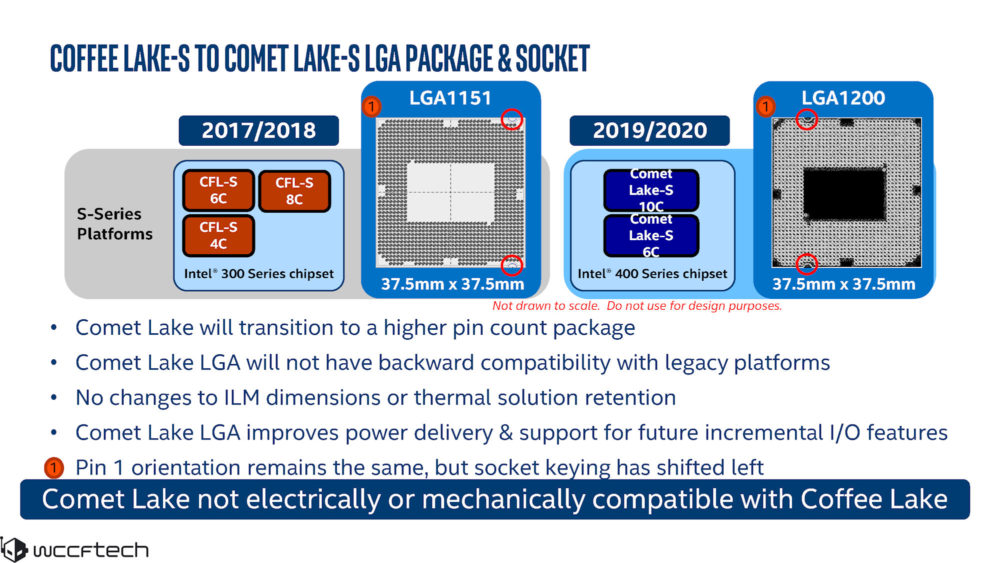