Nintendo Game Boy can mine bitcoins, but it is very slow

Nintendo Game Boy first launched in 1989 has seen its better days a long time ago. However, it seems that the device is still seeing active development, but not necessarily in terms of new games. 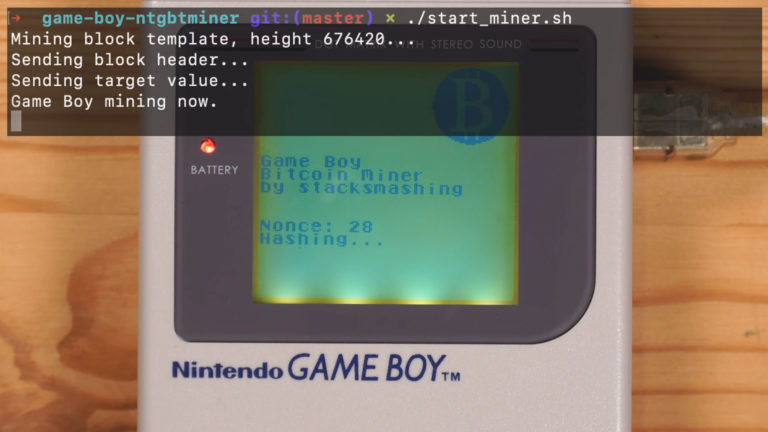 A modder ‘stacksmashing’ decided to check if this small handheld machine is able to mine Bitcoins, not an alternative cryptocurrency but the actual Bitcoin. The modder used a Raspberry Pi Pico board which would act as a connector between the PC and GameBoy. This now ancient handheld console of course lacks any wireless networking protocol support, hence attaching it through a serial SPI connector was necessary. The PC sends mining instructions to the console, which then goes through all nounces and reports the results back.

Naturally, the speed of this device is very slow. GameBoy is equipped with Sharp LR35902 processors clocked at 4.19 MHz. As noted by the modder this means that the GameBoy is 125,000,000,000,000x slower than powerful ASIC miners. The modder made a custom easy to mine block just to verify if the device is capable of finding it, which was a success. 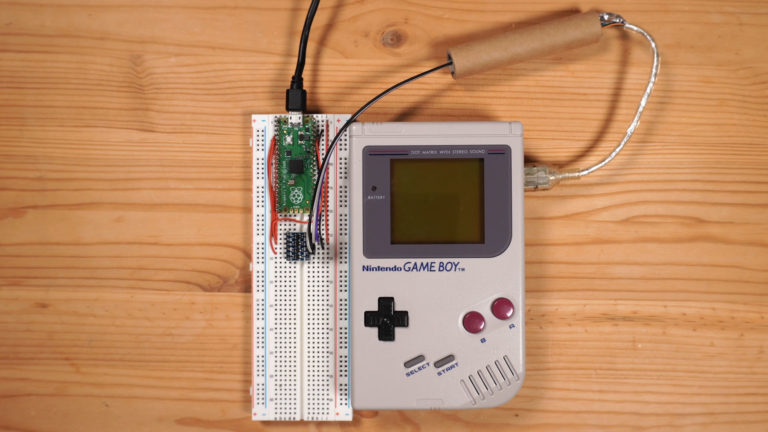