Does the next Nintendo console get OLED screen, NVIDIA DLSS?

Back in July 2020, NVIDIA put a job offer for a senior embedded software engineering who would work on “next-generation graphics & AI technologies for gaming consoles and AI edge devices”. This engineer would also work on “solutions to use artificial intelligence in graphics technologies like NVIDIA’s DLSS 2.0”. Handheld gaming consoles have not used artificial intelligence extensively yet, mostly due to hardware limitations. However, since the Nintendo Switch console is already based on NVIDIA hardware, and the GPU supplier is extensively developing its AI upscaling technology, it would make perfect sense to expect the next console to feature this technology.

Neither Nintendo nor NVIDIA have confirmed it will participate to launch a new console. NVIDIA Tegra business has slowed down over the past few years, so a new console would certainly help NVIDIA keep the position that the company already has in the gaming console world.

According to recent rumors from ResetEra Insider, the next console is expected to feature NVIDIA DLSS technology. This report was the first claim that the new console will be capable of rendering at 4K resolution, a claim also reported by Bloomberg.

Won’t really talk more about the tech specs than I have. It has DLSS & it has 4k functionality. No reason to go deeper than that right now. That’s enough to illustrate the device is a meaningful upgrade. First party support with span the new hardware and current Switch for at least a couple of years

The insider later added that he is confident that the console will be released in 2021.

Let’s say I’m confident it gets announced this year. A delay to 2022 would need to be communicated in the next few months, as dev kits and third-party partners begin to plan software for the device. As of this very moment (Feb 18, 2021), I believe the hope remains for a 2021 launch.

Today a new report has emerged from Bloomberg. Interestingly, the editors reiterate the 4K claim and possible 2021 launch. No mention of DLSS technology can be found in the article though, but one would assume that a handheld console with a new 7inch 720p OLED screen would only be able to output 4K images if an advanced AI-based algorithm was to be used. The current version can only output a 1080p signal, with some games being locked to 900p.

Nintendo Co. plans to unveil a model of its Switch gaming console equipped with a bigger Samsung OLED display this year, hoping the larger touchscreen can prop up demand in time for the holidays, people familiar with the plan said. [… ]The latest model will also come with 4K ultra-high definition graphics when paired with TVs

The 7-inch display will be an upgrade over the current Switch 6.2-inch panel. Nintendo Switch with a 7inch display would match the recently released Aya Neo handheld console based on AMD Renoir APU.

There haven’t been any leaks on the design yet except for the typical fake renders that are floating around before each console and phone release. However, Nintendo patents might be giving us a hint on the direction is the company is now taking. Back in September 2019, the company has filed a patent for bendable switch controllers. One could imagine that such a design would be an extremely complex design, it is the only render that was released by Nintendo since the last console release. The reason why I bring this up is that the renders from the patent do seem to show a larger screen with slimmer bezels. 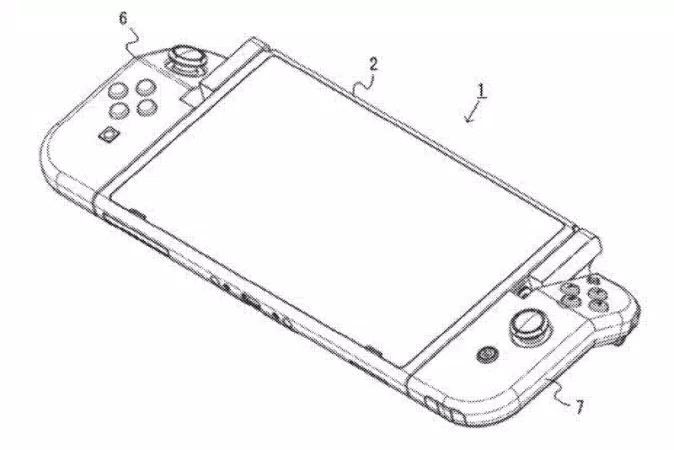 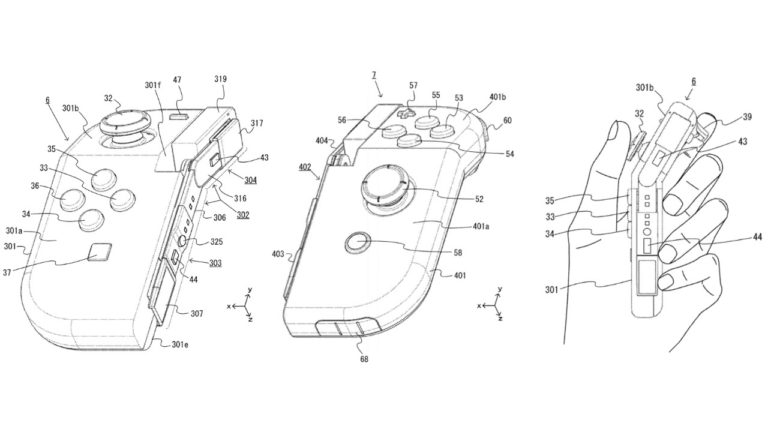