Gigabyte Aorus power supplies with electricity on the inside and outside. 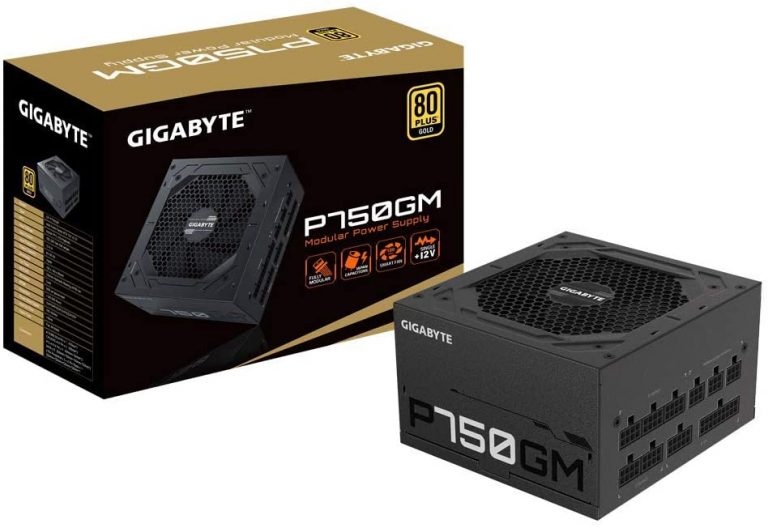 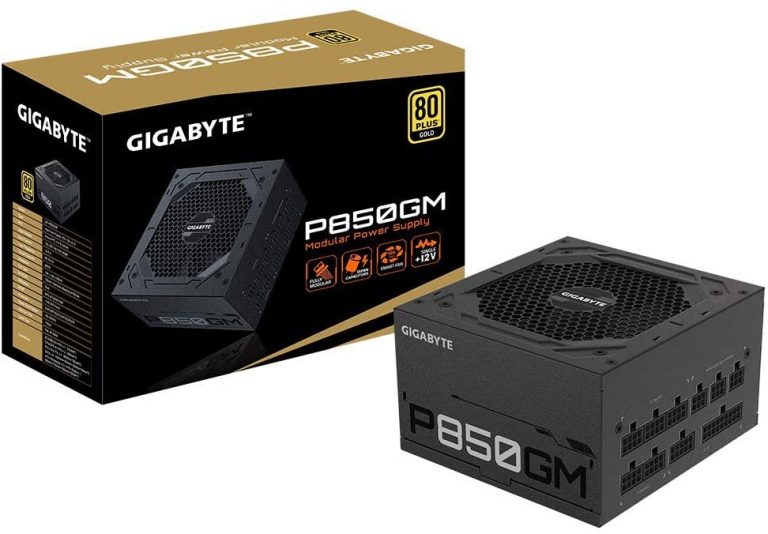 This month is certainly not the best month for Gigabyte. Following a security breach that resulted in many confidential AMD documents going public, Gigabyte is also cleaning up after a disastrous launch of Aorus GP-P750M/P850M power supplies. Those power supplies have been confirmed to malfunction and in extreme cases even go up in flames. Certainly, that is the last thing a consumer wants to see, especially when the supply is attached to expensive and in most cases impossible to buy a graphics card.

After ignoring accusations from the consumers and reviewers, Gigabyte finally admitted that there is a problem with certain batches of power supplies. Following an official statement, Newegg, one of the retailers that actually offered these power supplies in a bundle with graphics cards, is now offering a return and exchange service. Unfortunately, there is no word about a possible refund.

Only power supplies with serial numbers within a certain range are eligible for return and exchange. 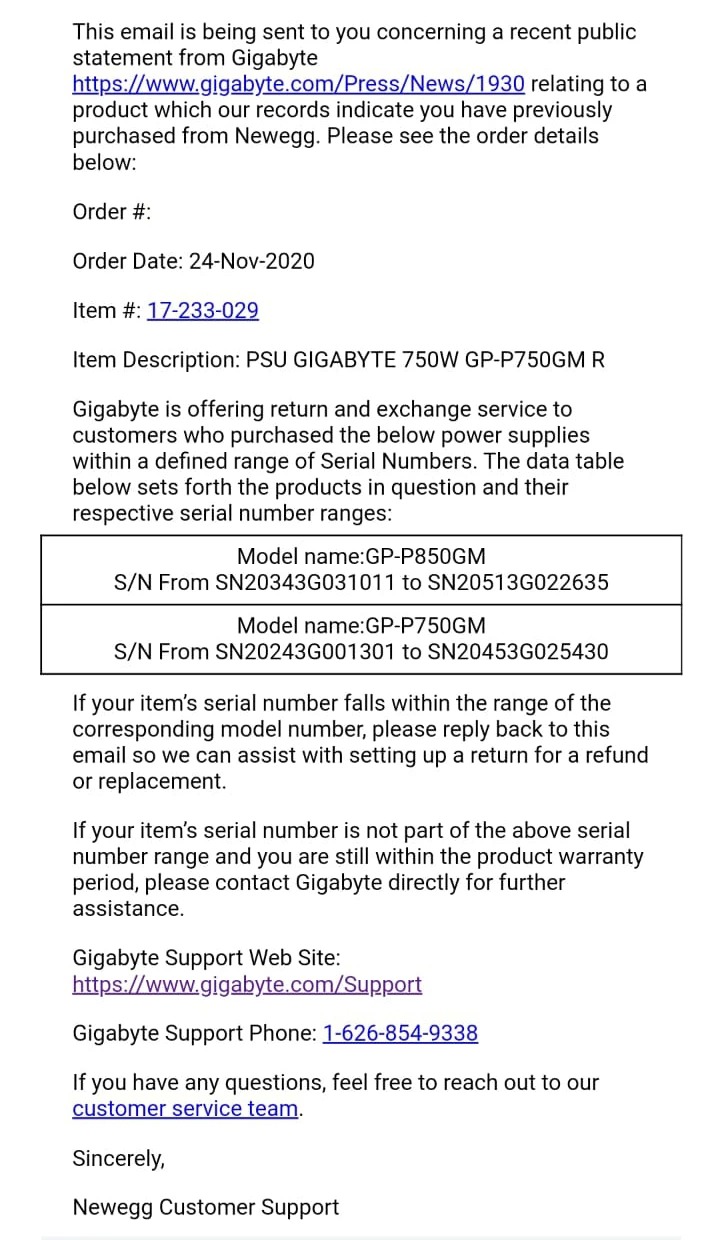 Many thanks to faisalkhatib for the email screenshot!