Probably as close as we get to official board partner pricing.

Newegg is now showing prices for a number of GeForce RTX 4090 GPUs, the first Ada Lovelace models set to launch next month. NVIDIA announced the MSRP for this card at 1,599 USD, and it appears that several custom designs will be available at this price.

Cards such as MSI Gaming Trio, Gigabyte Windforce or ASUS TUF Gaming are all listed at NVIDIA MSRP. For just 50 to 150 USD more one will find overclocked models such as Gaming X Trio (1,649 USD), Suprim X (1,699 USD) or even the new liquid-cooled MSI SUPRIM Liquid X (1,749 USD). The highest prices are for ASUS TUF OC and ROG Strix OC models, 1,799 USD and 1,999 USD respectively. The retailer is also listing Gigabyte Gaming and Gigabyte AORUS Master, but the price is currently unknown. 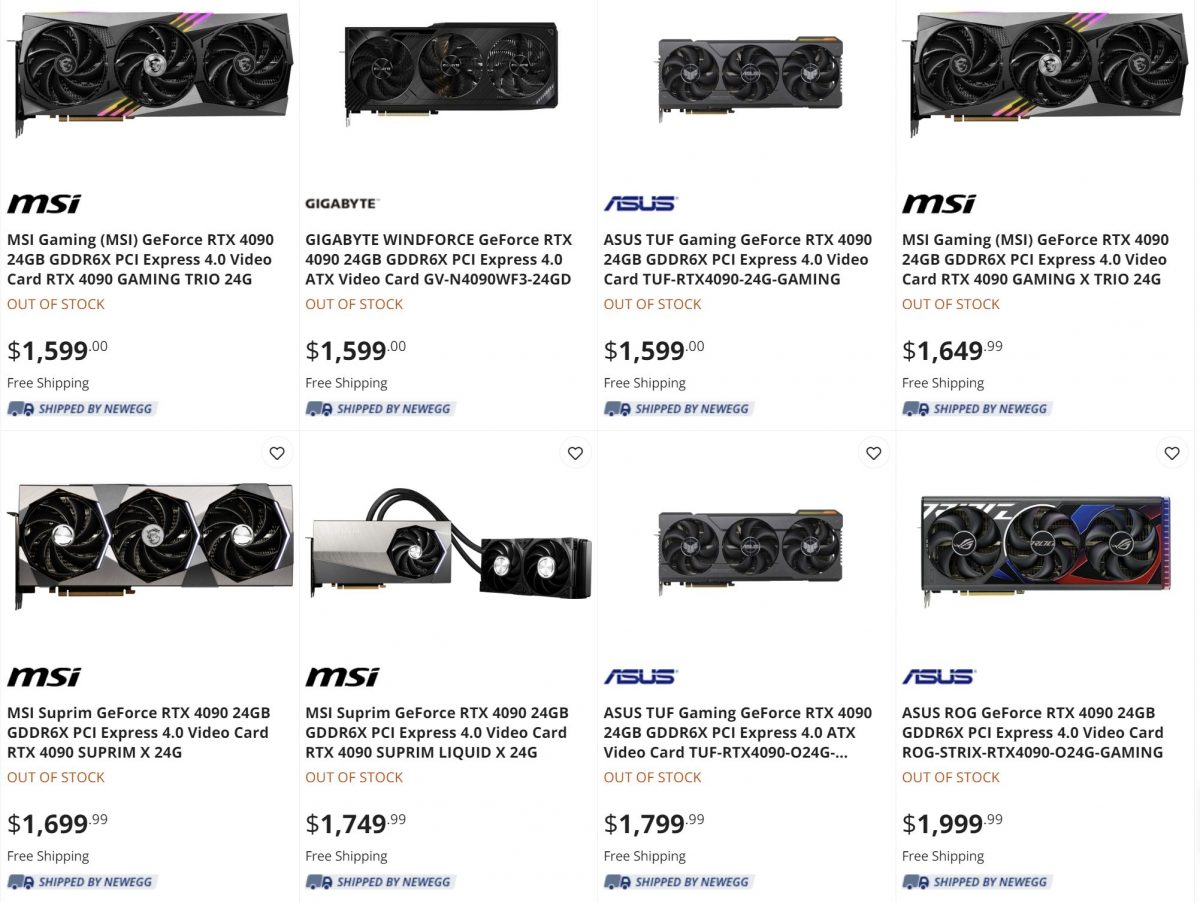 TechPowerUP believes that this may be a sign of the end of the GPU price gauging. With the GPU market rapidly changing in August and September and GPU-dependent cryptocoins value plummeting, one could now expect a healthy GPU launch next month.

However, it is not just NVIDIA RTX 4090 that launching soon. On the same day, an even more interesting card is being released, the Arc A770 from Intel. It could be more appealing to gamers because of its low price ($329), almost 5x lower than RTX 4090. In November, we will also see launches from AMD and NVIDIA, who are (now officially) set to introduce Radeon RX 7000 and RTX 4080 series.

It is definitely worth keeping in mind, that there will soon be three companies competing for our money. In most cases, there will be only one winner.