Turns out there will be ‘a chance’ to purchase GeForce RTX 3060 at MSRP.

Listing featuring GeForce RTX 3060, the mid-range NVIDIA Ampere graphics card that will be released later today, have already surfaced from BestBuy and Newegg. Those two US retailers are these days often the only places that still offer graphics cards at the prices that were announced by NVIDIA for certain SKUs. Turns out, that RTX 3060 from Gigabyte and EVGA will in fact be available at 330 USD, but only at Newegg. The cheapest card listed by BestBuy so far is the EVGA RTX 3060 XC with a price of 390 USD.

The rest of the graphics cards already be found with pricing ranging from 400 to even 630 USD, nearly double the MSRP for this model. The inflated pricing on the next GeForce graphics card was to be expected, but it was not expected this soon. Usually, retailers and distributors at least pretend to launch graphics cards at their original price, but this time around we are seeing inflated pricing from the very beginning.

It is not just distributors and retailers who are to blame. AIBs that we spoke with are saying that keeping NVIDIA MSRP is impossible to fulfill at this moment. Some cards are sold to distributors at 400 USD, and that’s before any tariffs, taxes, and margins are even applied. That’s the official MSRP from one board partner for a seemingly cheap-looking model (unfortunately we cannot say which brand).

Later today NVIDIA will lift the embargo on RTX 3060 reviews and soon after that, the cards will go on sale. We do hope that reviewers will take into account how much more expensive these cards are at launch as it will noticeably change their performance to dollar ratio. 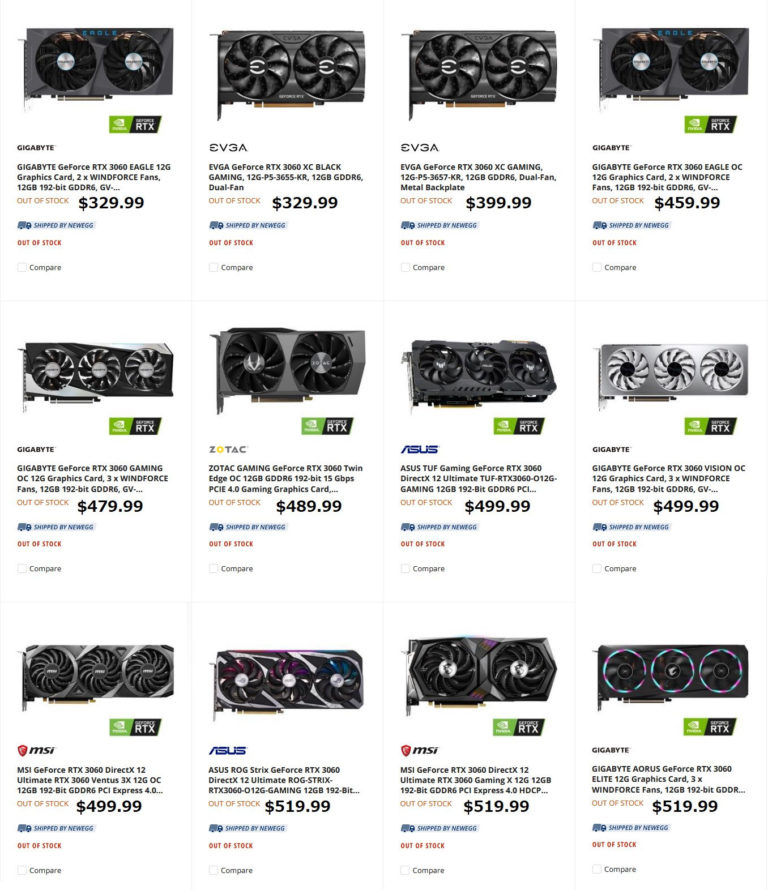 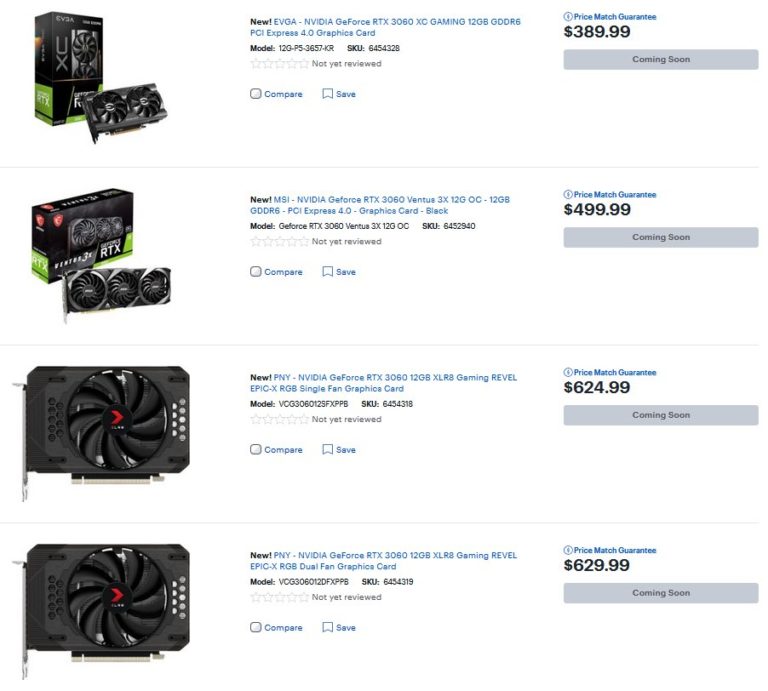