Update: VESA has issued a statement that DisplayHDR 2000 certification does not exist and therefore should not be used.

Samsung is preparing to launch a refreshed model of an ultra-premium gaming monitor.

A new listing had appeared on the Chinese Taobao website featuring yet unreleased Samsung Odyssey G9 monitor. Last month Samsung announced that its flagship G9 model will receive an upgrade. The manufacturer did not go into details, but they did confirm that the updated panel will have a Quantum MiniLED panel. Thanks to the leak from Taobao, we learn a few more details. 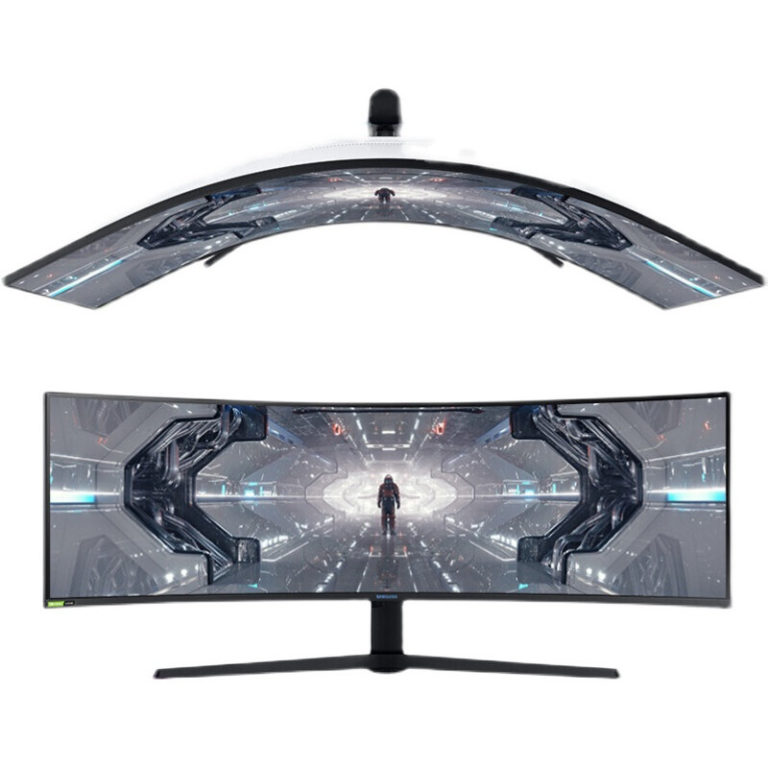 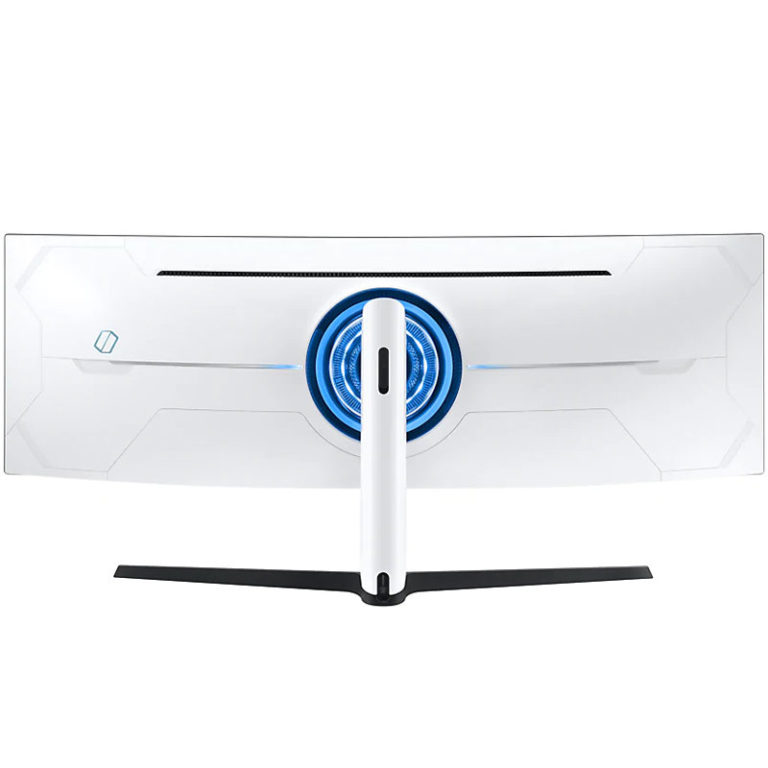 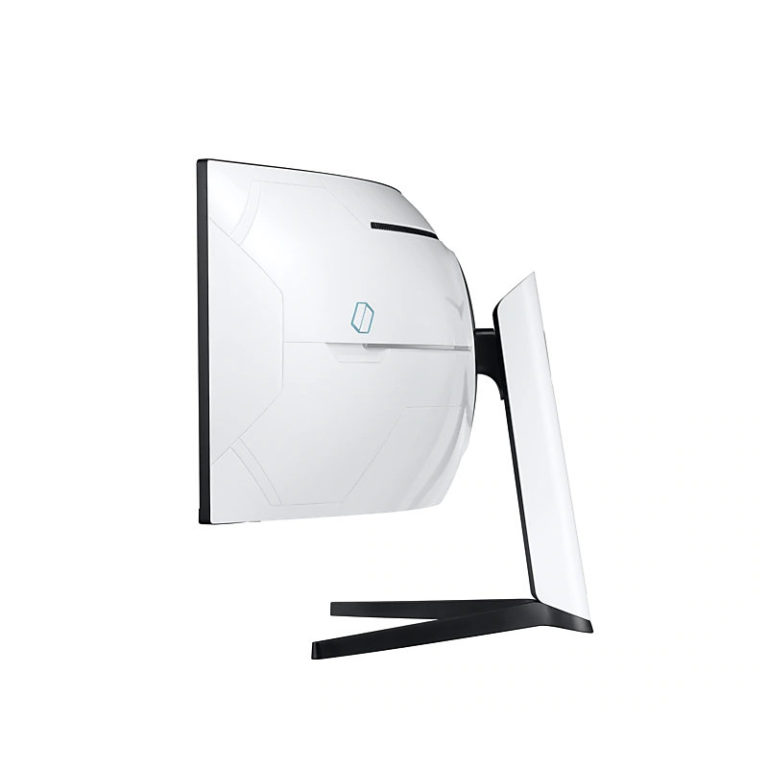 First and foremost, the panel size, resolution, and curvature have not changed. The Odyssey G9 features a 49-inch VA panel with a resolution of 5120×1440 (dual QHD) and a curvature of 1000R. It is truly an immersive experience that replaces a multi-monitor setup with just one.

The new panel has a maximum refresh rate of 240 Hz and it supports both NVIDIA G-Sync and AMD FreeSync Pro, the Taobao seller claims. Those features along with 10-bit color depth, 95% of DCI-P3 color coverage, have not changed since the 2020 model. 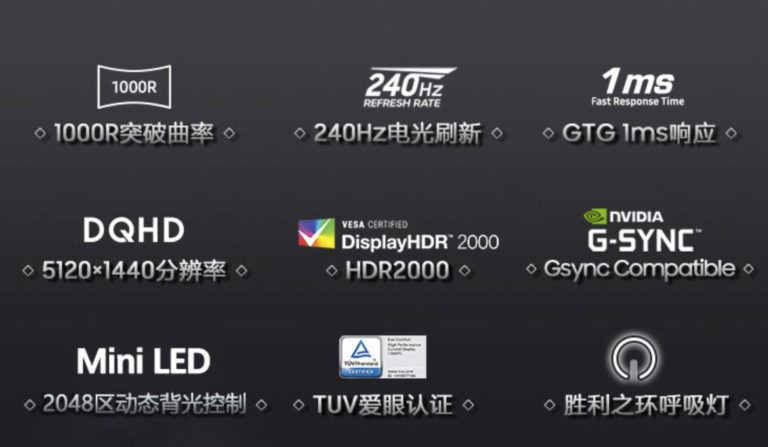 What did change is the backlight technology. The updated Odyssey G9 has a MiniLED backlight with 2048 local dimming zones. This technology has increased the contrast ratio to 4000:1 and more importantly the peak brightness to 2000 nits (cd/cm2). The seller claims that the monitor has VESA DisplayHDR 2000 certification, however, no such certification exists yet. Therefore it is likely that Samsung Odyssey G9 2021 will be the first to feature this certification. 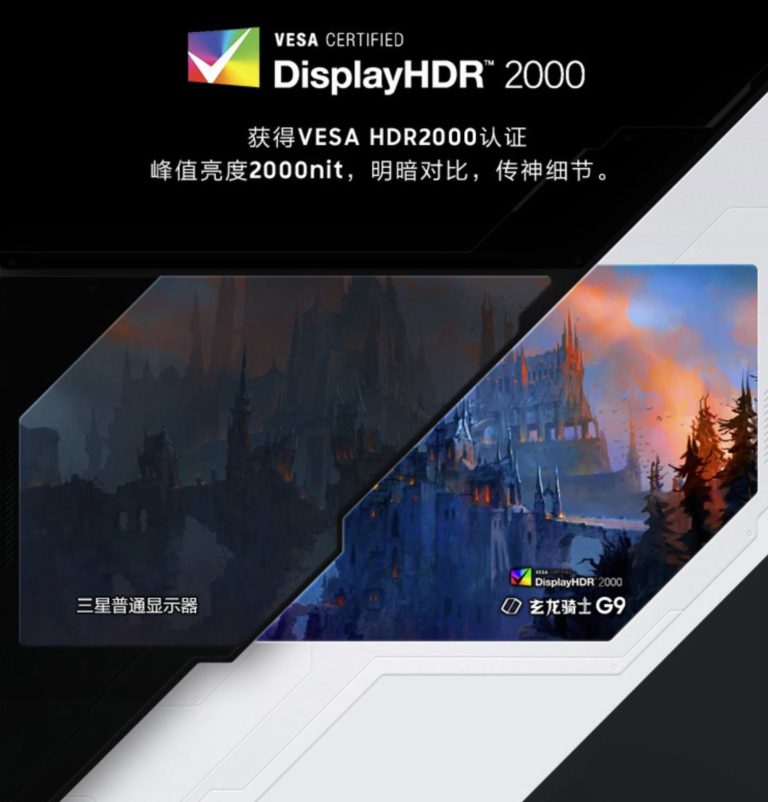 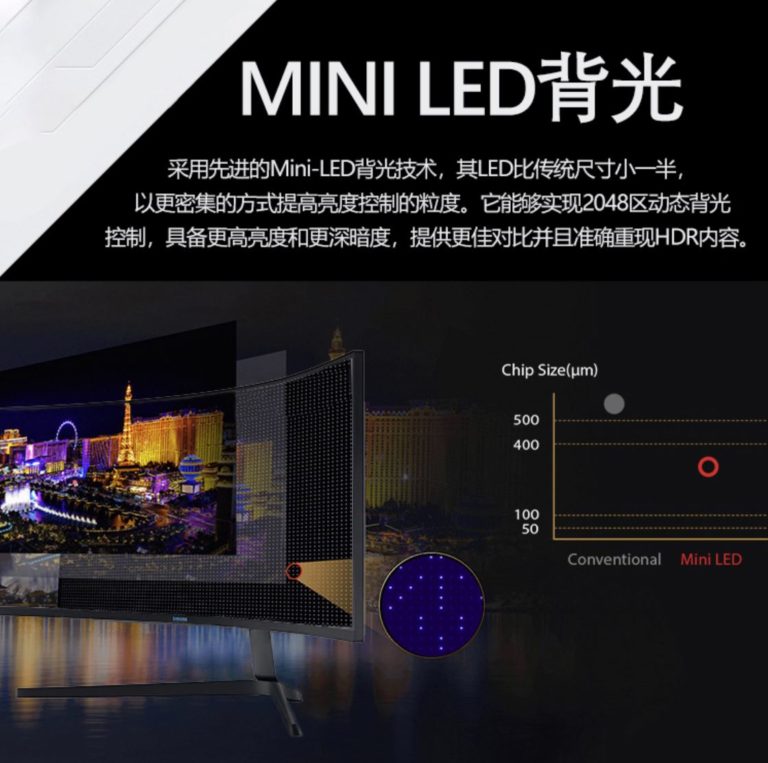 Currently, the highest tier of DisplayHDR specs lists 1400 peak luminance (cd/m2). In comparison to the Odyssey G9 from 2020, the peak brightness has doubled.

Samsung Odyssey G9 2021 is currently listed at Taobao at 29,999 RMB, which is around 4,599 USD. Of course, this price is just a placeholder till the seller receives more information from Samsung. According to the listing, the delivery of this model is now expected around June, which would be a year after the 2020 model was released.