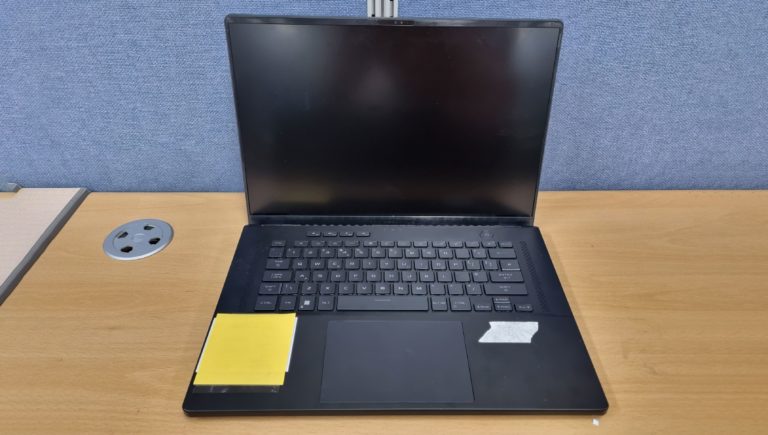 For Intel’s 11th Gen Core series ASUS developed a new chassis for its popular gaming laptop series. The M15 became the M16 with nearly identical size but bigger display. This chassis was actually slightly smaller and lighter than the 15.6-inch version.

More importantly it was now equipped with fast QHD (2560×1600) panel using the 16:10 aspect ratio. The screen on M16 is so big it takes 94% screen to body ratio. It’s a high speed 165 Hz IPS panel which is Pantone calibrated. The new chassis and the screen were the main selling points for this laptop. But this is also where issues began to emerge.

One of the issues mentioned by reviewers was the exhaust pushing the hot air directly at the screen (the bottom bezel is very thin).  Judging from the leak on M16 2023, this has not changed. Another problem was the quality of the webcam. Compared to the older chassis, the M16 actually received the camera module, which was not present on ROG Zephyrus M-series before. The 2022 model even had Windows Hello support (face recognition for Windows OS), but the 2023 model is clearly getting an upgrade with a new module.

Here you can compare the design with the 2022 (Intel Alder Lake) model. The only visible change is the new webcam module. The keyboard layout is obviously not the same due to a different region. 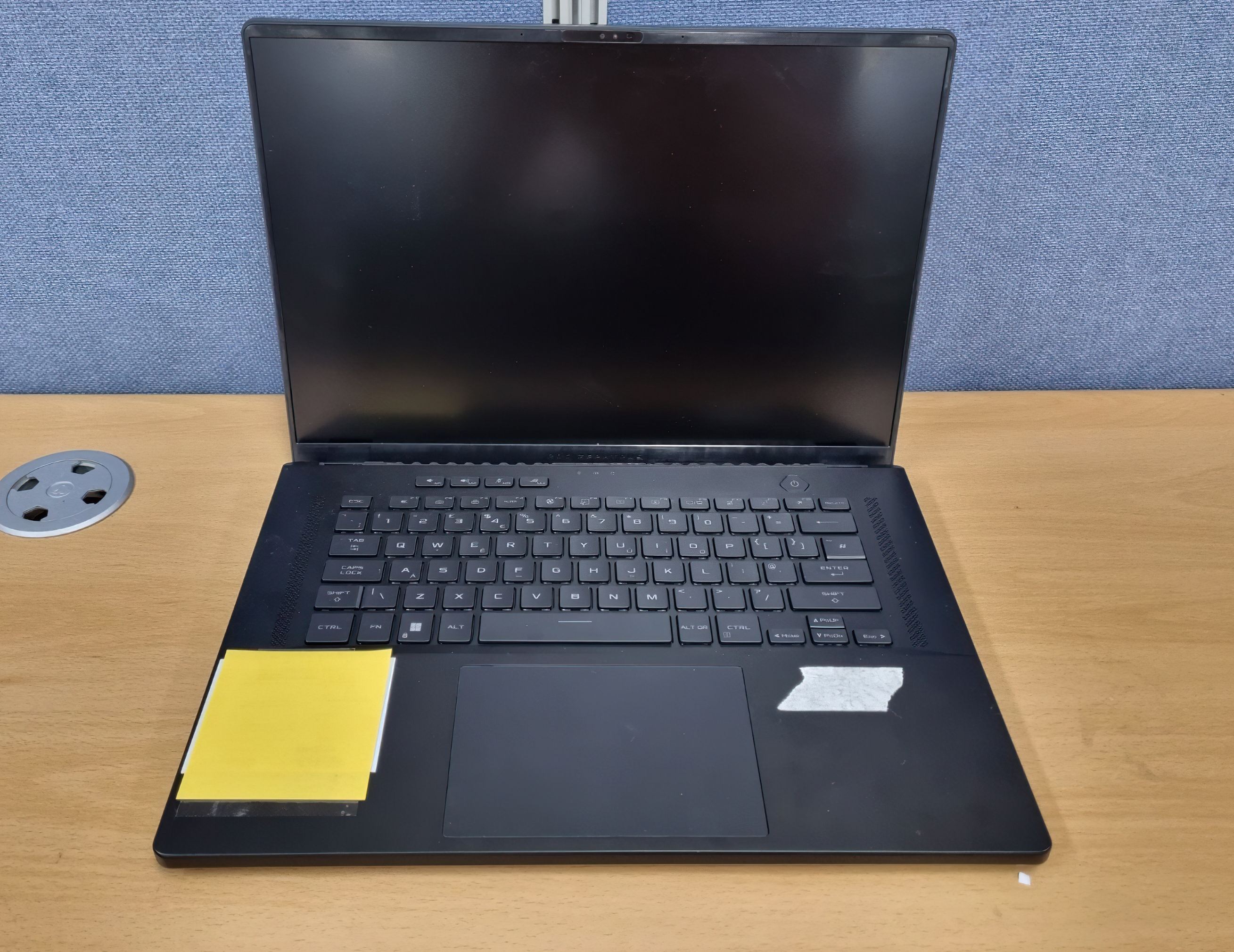 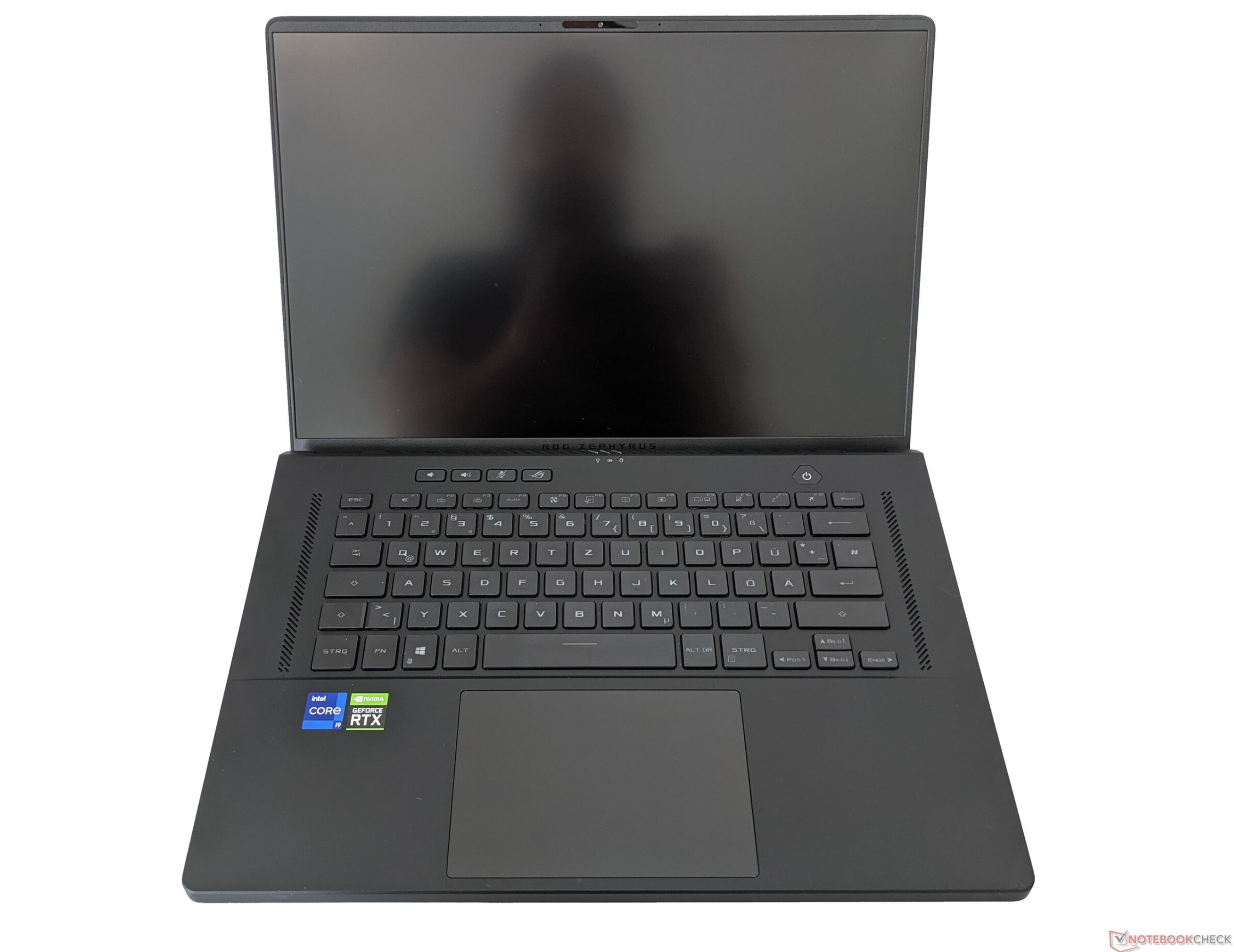 ASUS is very likely to launch its M16 2023 at CES 2023. Just like all previous ROG Zephyrus M-series, those were exclusively using Intel hardware. That said, this laptop should feature Intel 13th Gen Core H-Series CPUs and GeForce RTX 40 GPUs.