ASUS is updating its Strix Scar laptops to the latest Intel mobile CPU.

Just last week, Intel announced its Alder Lake-HX CPUs, which are a BGA version of the desktop series featuring up to 16-cores. While first laptop makers have already announced their systems, others are to follow shortly. One of such companies is ASUS, which is to announce this and many other laptops featuring HX CPUs tomorrow at their “Boundless: For Those Who Dare” event.

ITHome is reporting that ASUS ROG Strix Scar 15 is getting an upgrade to the HX series. This is ASUS top gaming system, currently shipping with up to Core i9-12900H 14-core CPU and RTX 3080 Ti Laptop GPU with TDP at 150W.

According to the advertisement which was posted by the Chinese site, the updated version will feature a CPU with a turbo clock up to 5.2 GHz, which is even higher than Intel official specs for Core i9-12950HX. This means that ASUS will probably allow some form of overclocking through its software. 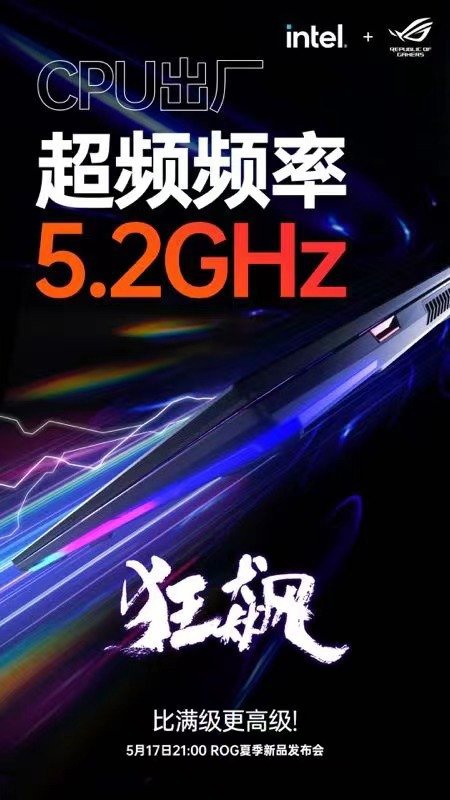 The current ROG Strix Scar 15 systems, which were designed for gamers, feature 240Hz and 2560×1440 screens with 100% DCI-P3 color accuracy. They are equipped with DDR5-4800 memory and support up to two PCIe Gen4 x4 SSDs. With Alder Lake-HX, which has more PCIe lanes, support for more storage is possible.