A successor to NVIDIA Tesla V100 might have been found by _rogame.

The term Compute Unit may be hard to understand at first, but what you need to know is that this number multiplied by 64 basically translates into CUDA core count.

This would imply that the devices spotted by _rogame are featuring 7552 and 6912 CUDAs respectively. The 118 CU device carries 24GB of memory (which might be anything from HBM2/2e to GDDR6) while the latter is equipped with 48GB of memory space.

The graphics clocks are only reported at 1.11 and 1.01 GHz, which may not actually sound that surprising considering this is TESLA, not Quadro or GeForce.

It is also worth noting that the results are not very fresh. They are dated late November and October.

There are no further details on these computing and graphics cards, but one would guess we are looking at next-gen big GPU (rumored Ampere… or is it, Hopper?). 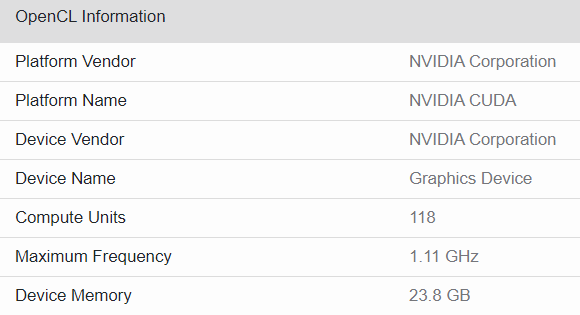 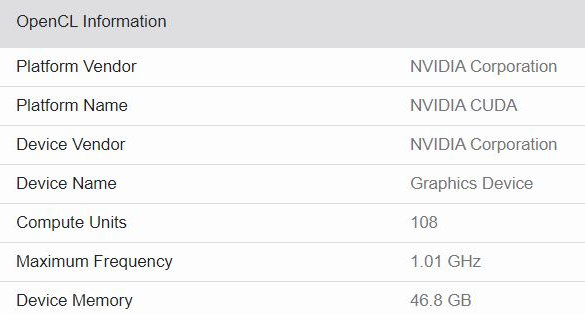 For reference this is how Tesla V100 is shown:

The 118 CU graphics device has scored 184096 points in the OpenCL benchmark, which puts it at the very top of the current leaderboard.

On the other hand, the 108 CU computing device with 141654 points should occupy the performance space between Tesla V100 32GB and 16GB models (which also happen to differ in connection method: SMX and PCIe): 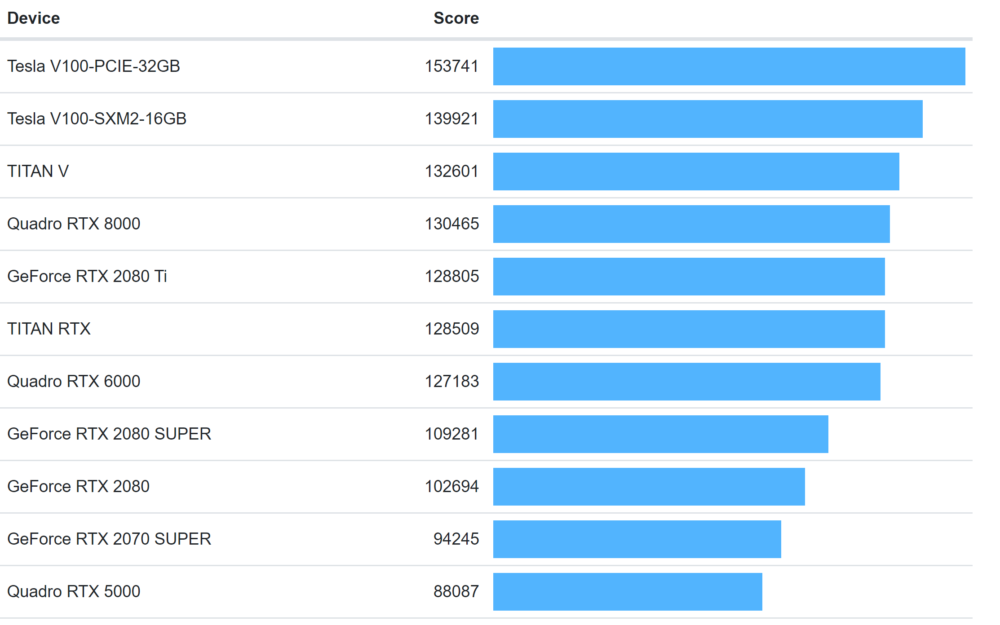