An unannounced configuration of Intel CPU somehow made its way to the show floor.

Paul Acron from Tom’s Hardware and Ian Cutress from More than Moore discovered that Intel is showing a new wafer at the Innovation 2022 developer and press conference. Intel employees showing the wafer were puzzled by the questions about the silicon, supposedly thinking it was an announced chip. However, it was not.

At Innovation 2022 Intel announced its 13th Gen Core Raptor Lake-S desktop series, featuring up to 8 Performance and 16 Efficient cores. A full configuration of this desktop silicon offers 24 cores. The wafer presented at the floor was clearly labeled as 34-core Raptor Lake-S, which clearly was not announced yet. 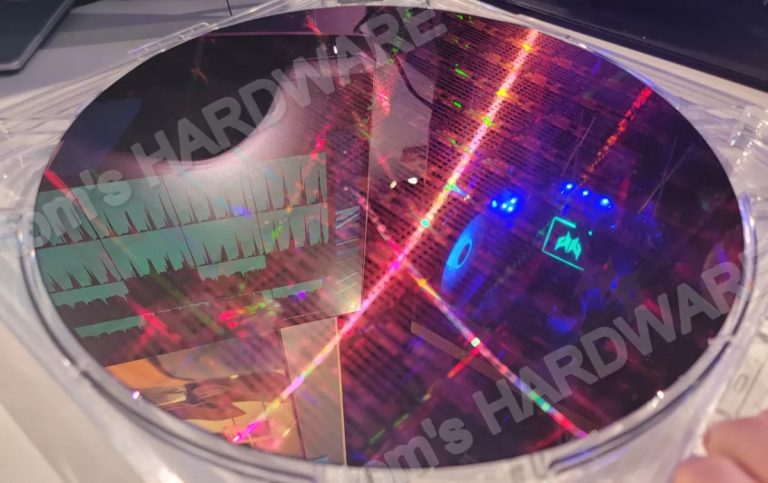 Intel was rumored to be working on a 34-core chip, but it is known as Sapphire Rapids MCC die. The 34-core wafer at the floor was clearly a mesh design, with all 34 cores being the big Performance type, reports Tom’s Hardware. 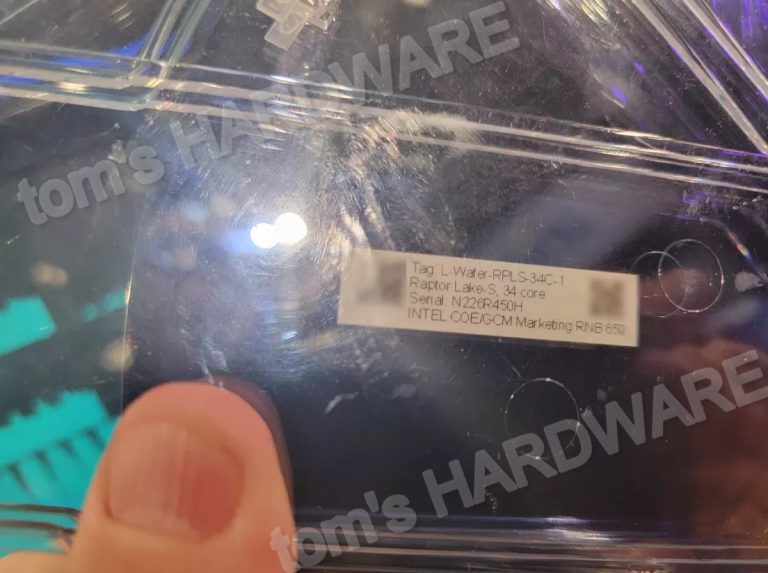 One might simply guess that Raptor Lake-S is just a branding for Xeon Workstation series. After all, Sapphire Rapids and Raptor Lake still use the same Intel 7 node, although Intel internally calls Raptor’s node as “Intel 7 Ultra“.