It is totally up to you whether you believe in Eurasian Economic Commission regulatory entries. However, the facts are that EEC submissions often list products months in advance, but they also list products that are never released.

The EEC may not be the best source for direct AMD and NVIDIA leaks, it is, however, a good source for future board partner’s products. Not all of them are released, it seems that OEMs (or their distributors) simply submit all possible product names, in case they are needed. For motherboards, the EEC seems to be on a better side in terms of prelaunch credibility.

We are seeing pretty much the full lineup from Creator, MAG, MPG to MEG series. The Z490 MEG Godlike will, without a doubt, be the flagship board for these series.

Intel did not confirm the launch schedule for 400-series motherboards. The reason behind the lack of information at CES 2020 may be explained in this story, it is, after all, quoting motherboard makers. 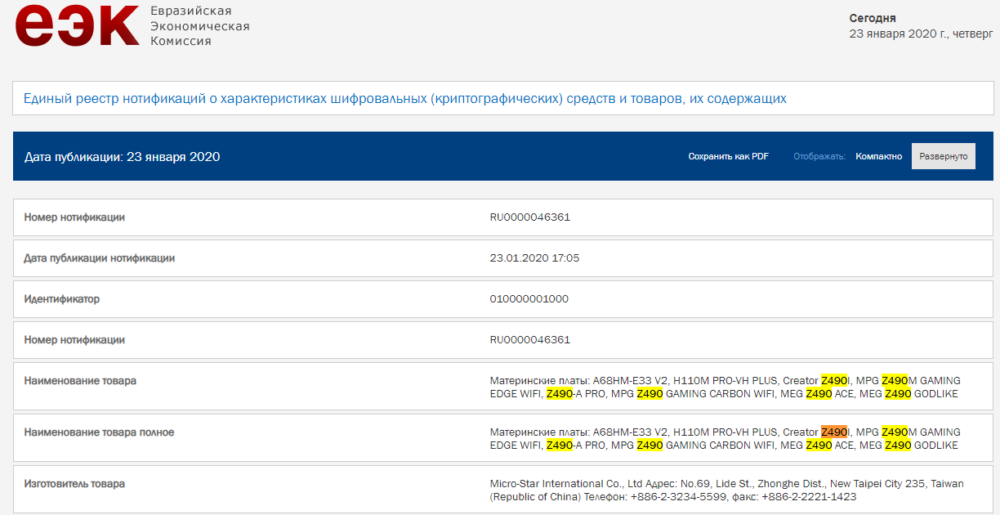