We have another MSI Z370 motherboard to show you.

I read some of your comments that you really want black and white Z370 motherboard. Well, here it is, the Z370 KRAIT GAMING. This is a budget-oriented motherboard with 10-phase VRM. It has three PCIe x16 slots, three PCIe 1x and two M.2 slots for your SSDs.

By comparing it to Z270 KRAIT we noticed that both boards share the same layout with few minor changes. The new board has a different color scheme, USB headers in a different position and two SATA ports oriented in different direction. Apart from that, it’s the same board. The new feature is Mystic Light support for LEDs hidden behind the chipset. 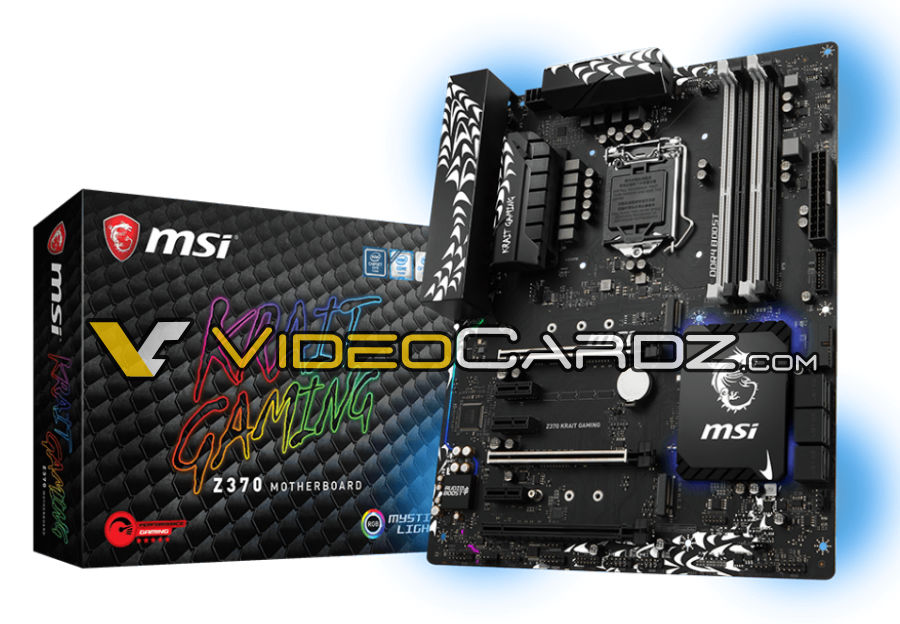