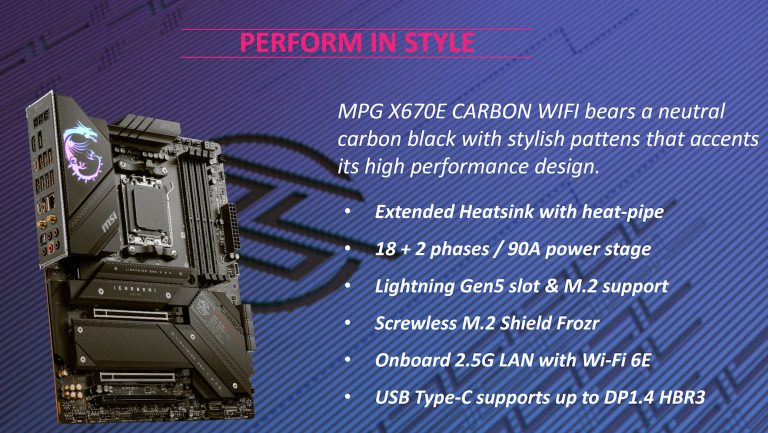 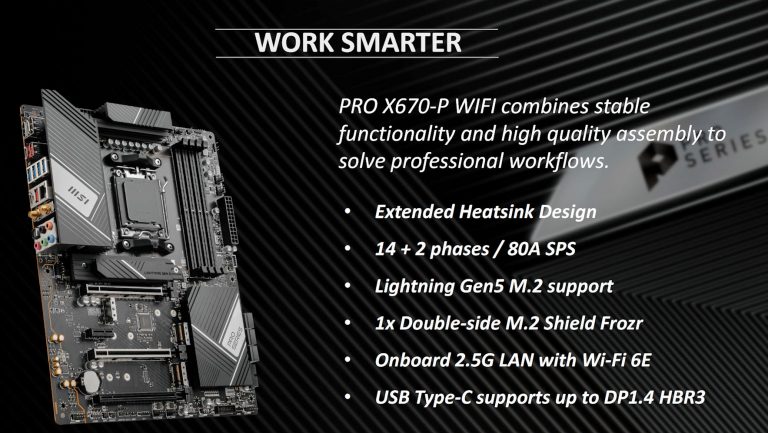 It appears that some Italian retailers have now began listing AMD’s X670 motherboards. Therefore, these are the very first offers for AMD’s next-gen AM5 platform soon coming to consumers.

Two of the MSI X670 motherboard series have showed up on at least three different websites, all using the same imagery, suggesting the source (distributor) is likely the same. However the pricing varies depending on the retailer. 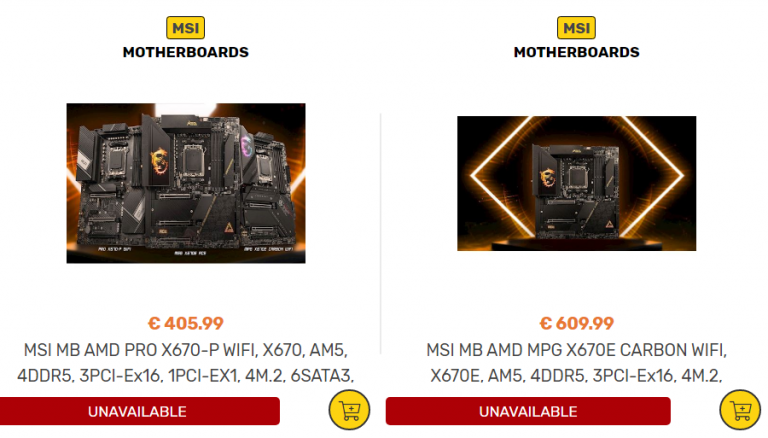 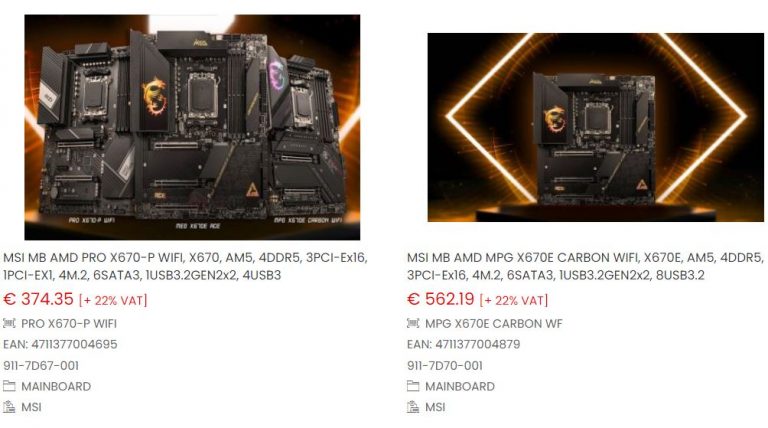 Both motherboards are equipped with Wi-Fi 6 and 2.5G LAN networking, also offering PCIe Gen5 storage support. The X670E Carbon will also support Gen5 graphics cards and has more advanced power delivery (18+2 phase 90A vs 14+2 80A on the PRO).

The MPG Carbon isn’t the flagship MSI though. MSI is also working on MEG Ace and Godlike series which have even more powerful power design (22+2+1 phase), faster Ethernet (up to 10GbE) and even have onboard information display (Godlike). The pricing for the MEG series has not been leaked yet though.