A first consumer PCIe Gen5 storage from MSI is shown at CES 2023.

Tom’s Hardware visited MSI booth today where the new SSD storage is on a display. This is the first time the company is showing its new Spatium M570 SSD series, now featuring PCIe Gen5 support. 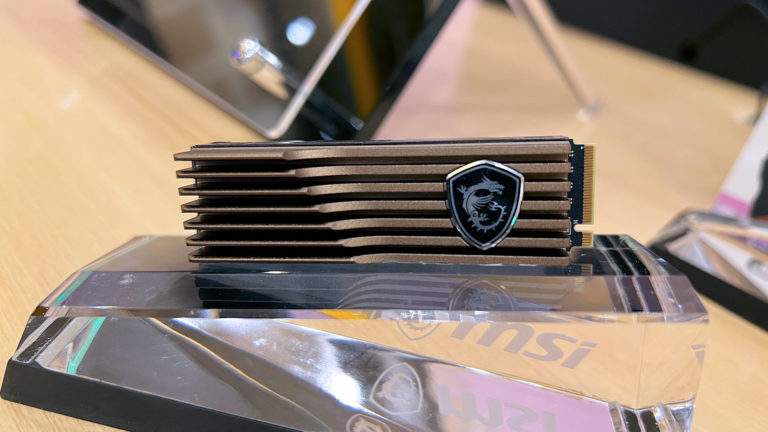 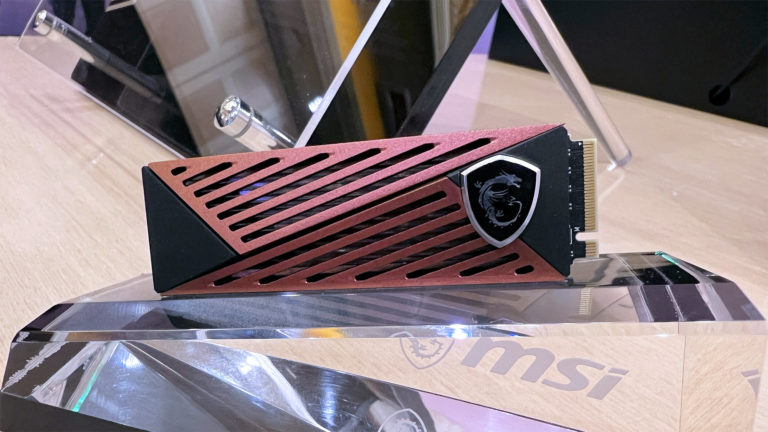 MSI is preparing two SSDs: Spatium M570 and M570 Pro, as the name suggest the latter is faster. The Pro version is based on Micron 232-layer NAND chips, and it uses Phison’s latest M26 controller. The non-Pro uses the same controller, but the memory is based on TLC. MSI is showing off both SSDs which have different heatsink design. Officially, M570 Pro should offer 12GB/s write read & 10 GB/s write speed. The non-Pro should be ‘limited’ to 10 GB/s.

At CES, MSI is offering a live demo of the M570 Pro, showing that it reaches 12324 MB/s read speed and 11814 MB/s write speed. Such speed was measured with Crystal Disk Mark using 2TB version. The test system featured Ryzen 9 7950X and MSI X670E Carbon motherboard. The company was also showing the storage in action using the latest Raider GE78HX system with 13th Gen Core HX CPU. Here the read speed was just about the same (12301 MB/s) but the write speed was lower at 8972 MB/s. 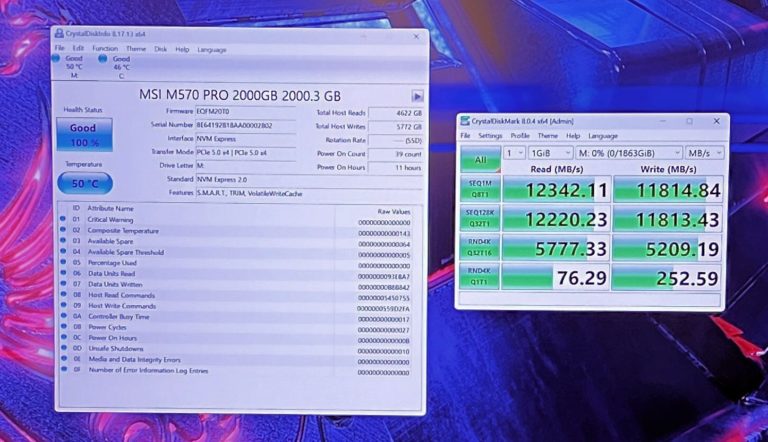 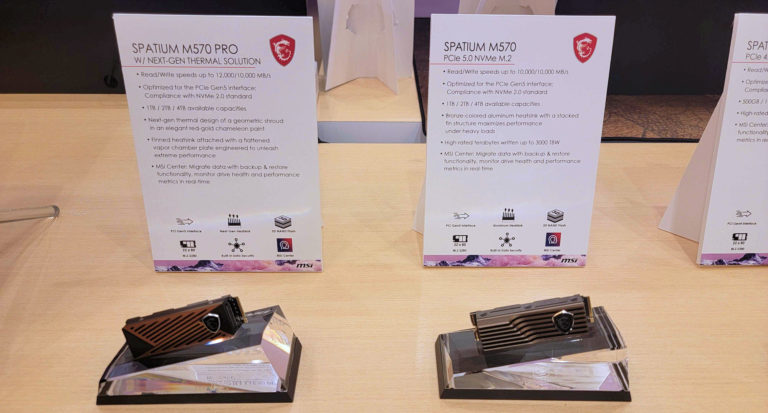 According to MSI, both drives will be available in 1TB, 2TB and 4TB variants, and they should launch somewhere in Q2 2023. Unfortunately, MSI is not providing any details on pricing.