Not a single add-in-board partner announced a custom Radeon RX graphics card based on RDNA Navi architecture, until now.

The first board partner to officially confirm the existence of custom Navi cards is MSI, according to the slides posted by HardwareLuxx. Some of you might still remember that ASRock teased custom Navi designs at Computex, but officially these were not Navi based, just a prototype of an undisclosed GPU.

Today, a day after the official launch of RX 5700 series, MSi confirmed at least seven custom cards will be released for Navi-10 based models. The MECH series, which are basically what ARMOR series used to be only in a new color scheme, were actually pictured on a slide. The interesting part is certainly a DVI port, which is not present on a reference design.

MSI will also introduce a new series called EVOKE. Judging by the order of the card listed on the slides, we assume these are premium cards. The design and features remain a mystery.

Same as most AIBs, MSI will launch its custom Navi designs in August. We have spoken with a few board partners, and this seems to be a common answer from most AIBs. 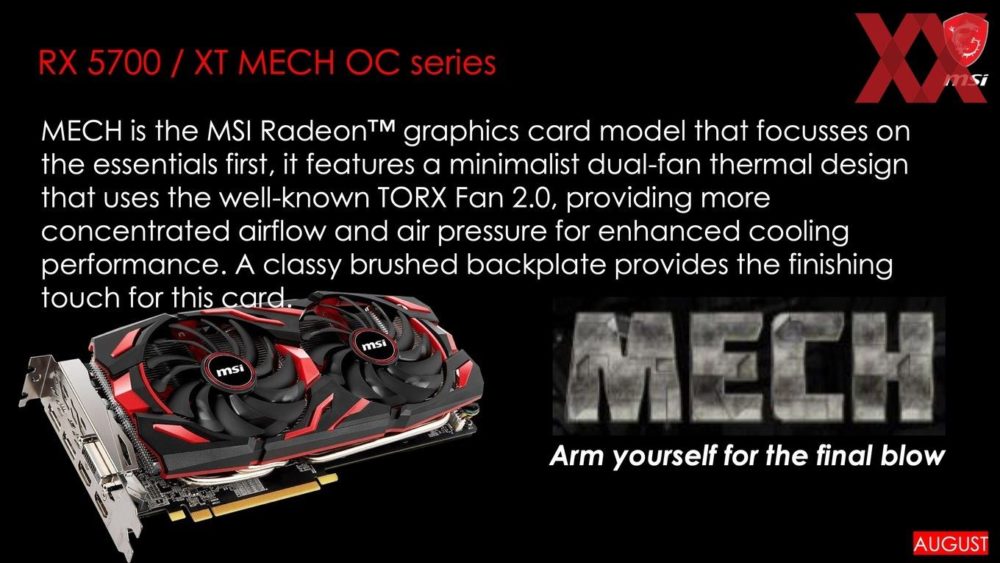 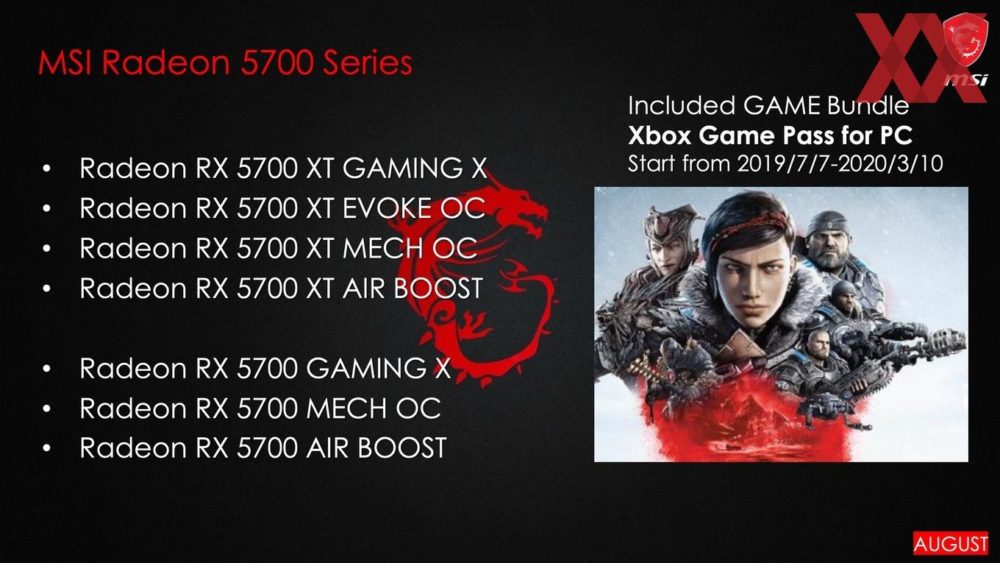