MSI has leaked its own upcoming product.

On June 1st MSI will be hosting its “Tech meets Aesthetic” event, which just happens to take place at the same time as virtual Computex. During this event, MSI will showcase various products, including AMD X570S motherboards with a fan-less design, as well as new laptops, cases, and monitors.

As it turns out, it was discovered that the event page actually has references to the products that were not announced yet, including their photos. One of the products listed there is the upcoming SUPRIM 35th Anniversary Limited Edition graphics card.

While it is not confirmed this is a GeForce product, MSI has so far not released any SUPRIM model based on Radeon SKU. The timing for this announcement also collides with RTX 3080 Ti launch, but it is unclear if this is RTX 3090 or 3080 Ti model. They do appear to be based on GA102-GPU though (judging from the cooler size). 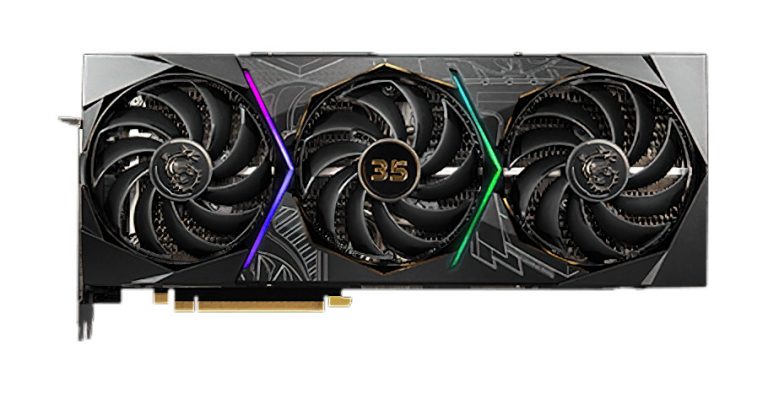 Engraved in the backplate is sketched outlines of past generations that have contributed to our company’s experience and knowledge. The SUPRIM 35th anniversary edition graphics card is built upon the SUPRIM series foundation and retains all the premium key features.

The product reveal will take place on June 1st at 00:00 PDT. The video link can be found below.