MSI is set to release a new AGESA firmware update for Ryzen 7 5800X3D processor that will enable BCLK overclocking.

Wccftech reports that MSI will be rolling out an update to AGESA 1.2.0.7 in the coming days. This firmware update will enable BCLK overclocking for the Ryzen 7 5800X3D processor, but only for enthusiast motherboards based on the X570 chipset. This BIOS will support MEG X570 GODLIKE, Ace and Unify series, so motherboards which have external clock generators, the report claims.

It should be noted that BCLK overclocking of 5800X3D processor has been extensively demonstrated in some independent testing last week, but it is neither straightforward nor a recommended use for this processor. AMD’s first consumer CPU with 3D V-Cache was not designed with overclocking in mind, with some reports even claiming that it might have negative long-term effects on the bond between the die chiplet and the 3D-Vache. But neither AMD recommendations nor lack of official overclocking support would stop tinkerers (and clearly board makers) from taking the full advantage of the most innovative AM4 processor released thus far. 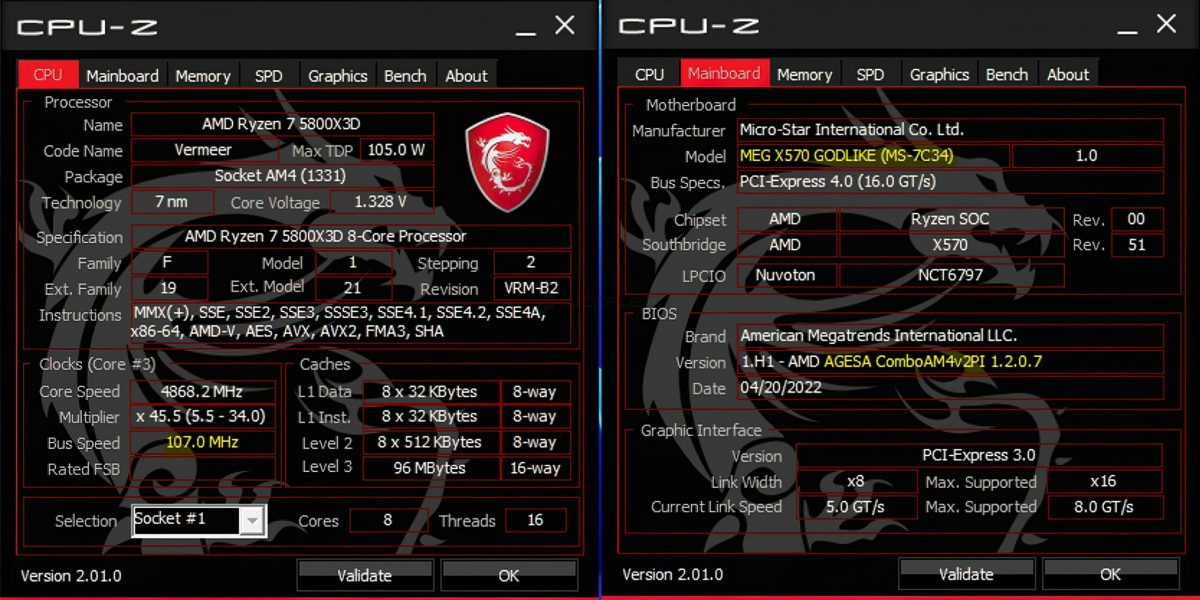 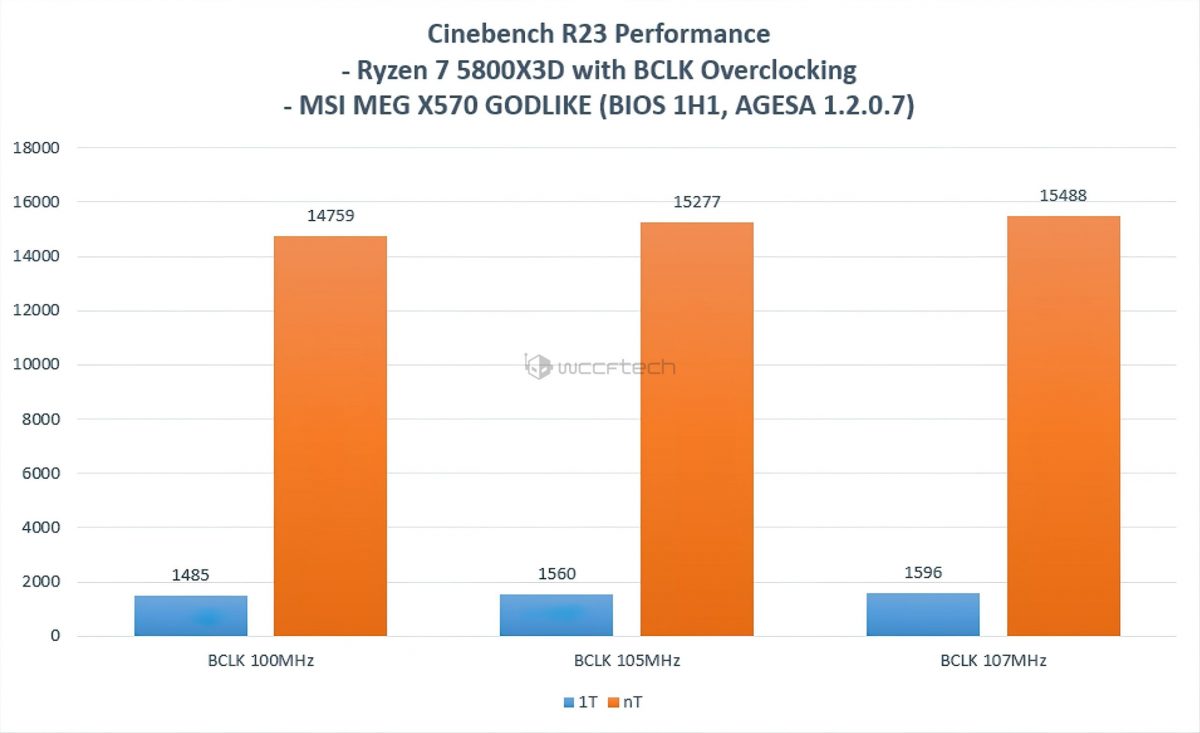 AMD Ryzen 7 5800X3D is clocked 200 to 400 MHz lower than its older sibling without 3D V-Cache (5800X). In some tests that do not take advantage of the additional 64 MB of L3 cache, the processor might actually end up slower. The BCLK adjustment should even out the performance disparity against the 5800X.