A new version of the ultra-portable business laptop has just been spotted over at the PugetBench website.

MSI Summit E16 Flip is a 2-in-1 laptop with a 360-degree hinge mechanism that converts it into a tablet. It’s a high-end business laptop with a 16:10 aspect ratio screen and touch and stylus input. The current version with Intel 11th Gen Core CPUs offers up U-series CPU and RTX 3050 Ti graphics. 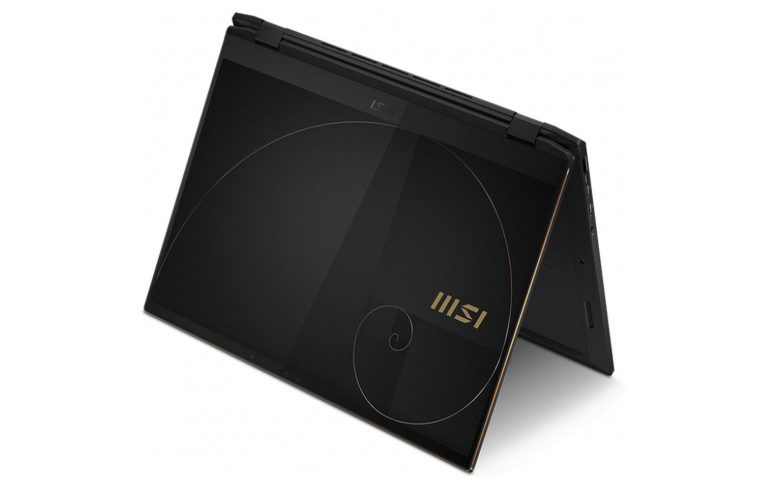 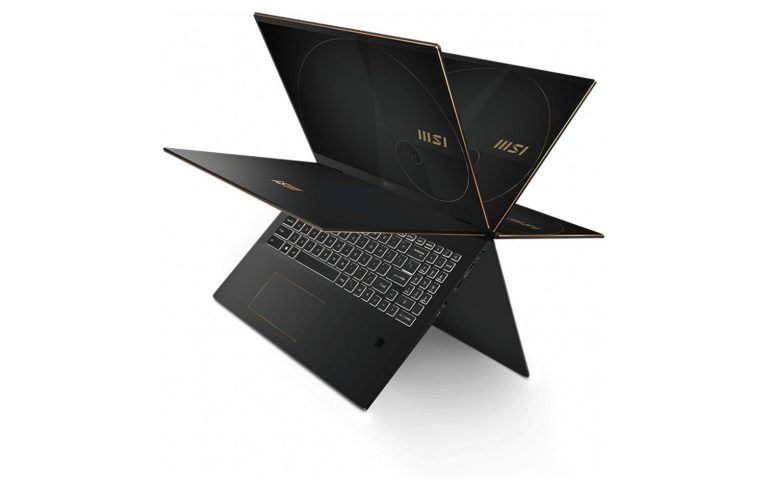 The new model, which was spotted HXL and Benchleaks over at the PugetBench website, features a higher-TDP CPU based on the 12th Gen core series codenamed Alder Lake-H. According to this leak, E16 Flip Evo will feature up to a Core i7-12700H processor with 14 cores and 20 threads. This is a 45W TDP CPU, so in terms of power, this is an upgrade over the Tiger Lake model. There is also an upgrade for the memory subsystem, instead of LPDDR4X memory, the updated model might be among the first LPDDR5-6400 laptops to launch soon.

Probably the interesting part is the new GPU. Instead of using RTX 3050 series, 2022 E16 Flip EVO comes with Intel’s upcoming Arc A370M mobile GPU. It is not clear how much better would the A370M be compared to RTX 3050 Laptop GPU though. The overall score of 1034.5 points is based on PugetBench for Lightroom Classic benchmark, which is not technically a GPU benchmark. 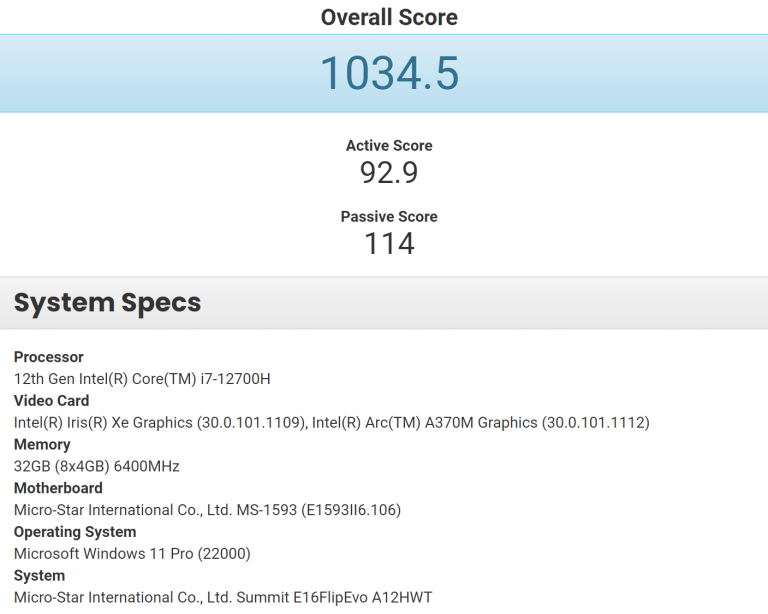 Intel Arc A370M is most likely based on DG2-128EU GPU and features a full silicon configuration. This mobile GPU is equipped with 4GB GDDR6 memory across a 64-bit memory bus. Based on the most recent leaks, this mobile GPU is about 20% slower than the desktop Arc A380 model.

When it comes to the release date and pricing, unfortunately, neither MSI nor Intel has made any public announcements yet.