A total of 29 different SKUs have been submitted to EEC (as spotted by PC Gamer). That includes fourteen V388 models, eleven V389 and four V390 SKUs. Those numbers may or may not reflect the product codenames such as RTX 3070, RTX 3080, and RTX 3090 respectively.

This is the first leak directly from the manufacturer indicating that three SKUs are in development. It does not mean that 29 SKUs will all drop immediately at the launch of the NVIDIA Ampere series. In fact, we might never see this many models from MSI at all. This is just MSI registering more variants that might launch later.

EEC submissions have been proven to be very accurate, sometimes months ahead of the launch. However, many times we have been asked to remove SKUs from our GPU database. Those SKUs appeared on EEC but they were never released. 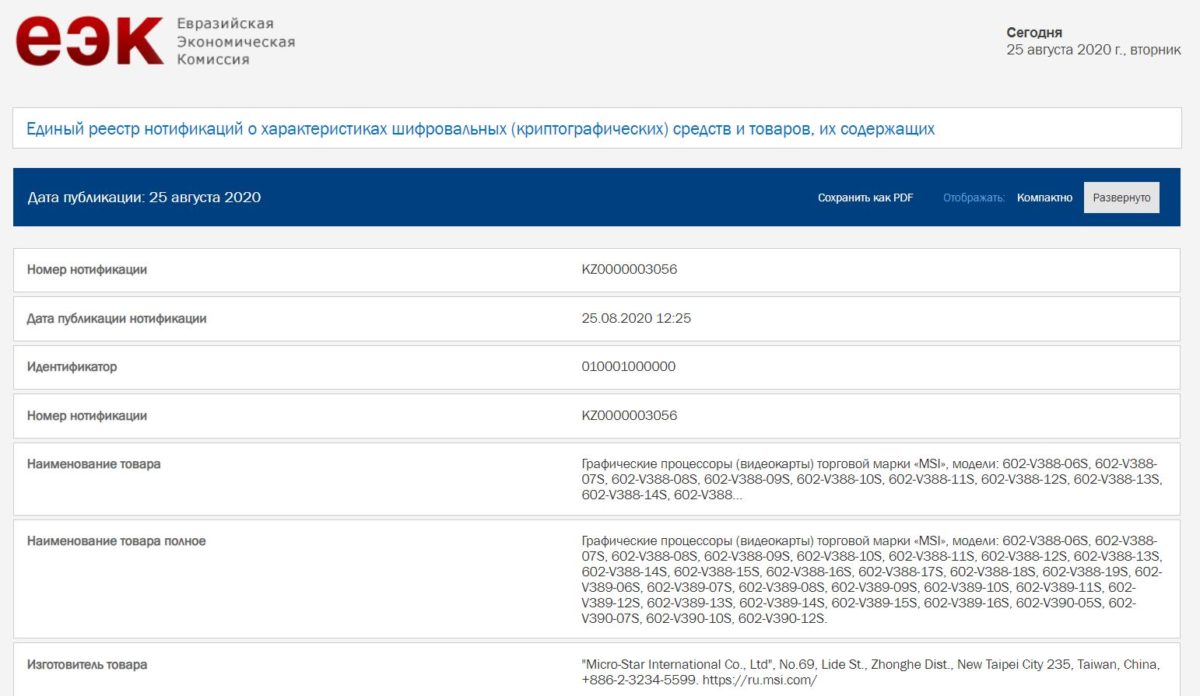