During the MSI Insider show, the company announced its flagship Radeon graphics card from the RX 6000 series, the RX 6900 XT GAMING X TRIO.

The graphics card is still in the development process, for instance, the PCB has not been finalized yet. This implies that the RX 6900 XT has a different PCB than RX 6800 XT model, possibly with more power connectors. 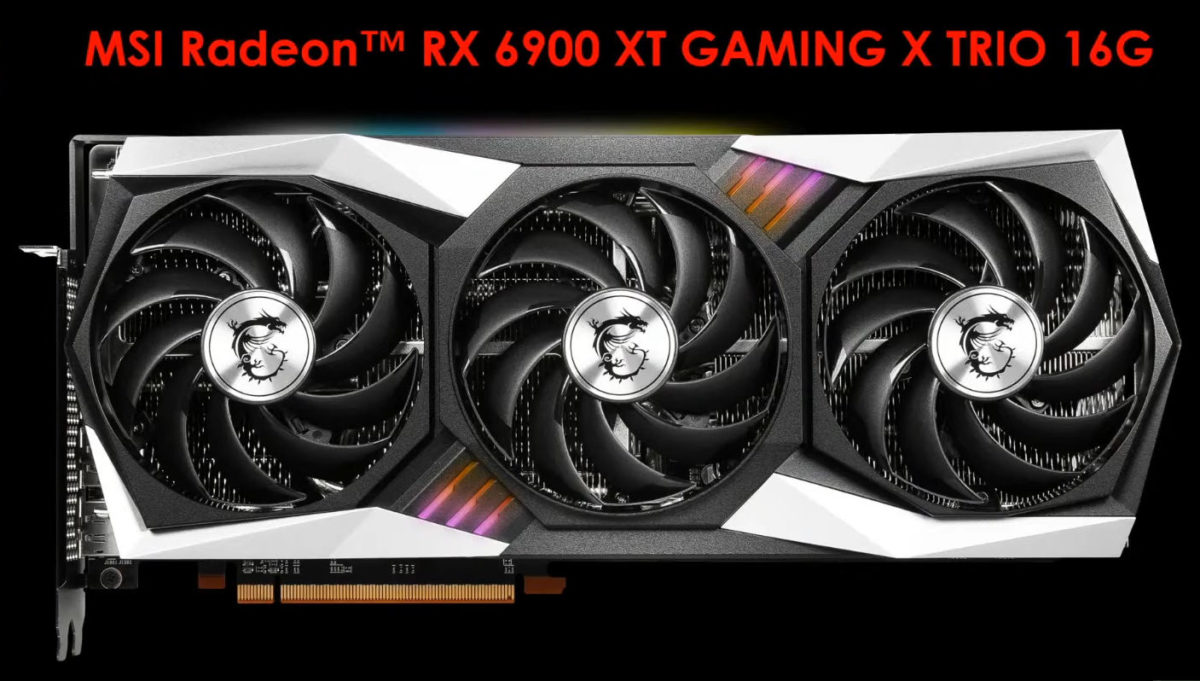 The hosts of the MSI Insider show confirmed that the graphics card is expected to launch in February. However, this will depend on how the manufacturing process progresses over January. If there is any delay or shortage of any component, the graphics card will likely launch in March, because in mid-February is the Chinese New Year and that means no graphics card will be produced at that time, the MSI employees explain.

MSI showcased its Radeon RX 6800 XT GAMING X TRIO graphics card during the stream. It’s a complete custom design based on Navi 21 XT GPU. The card features a triple-fan cooler which appears to be a 2.7 slot design. This is actually one of the first units to be shown publically, no review samples have been seeded yet. 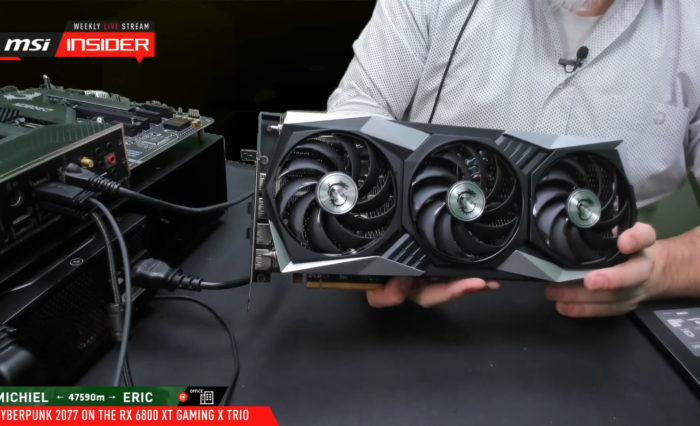 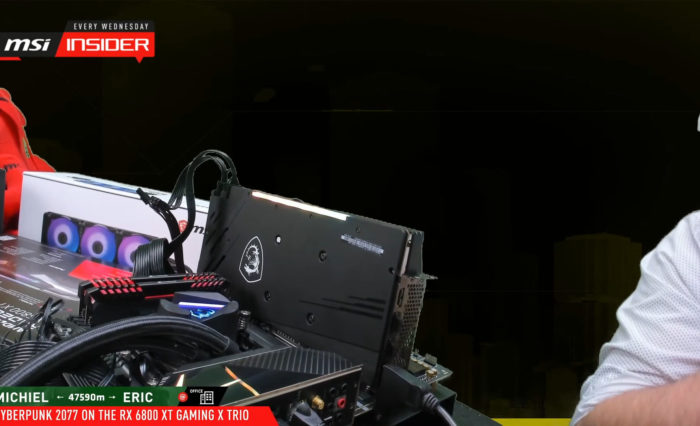 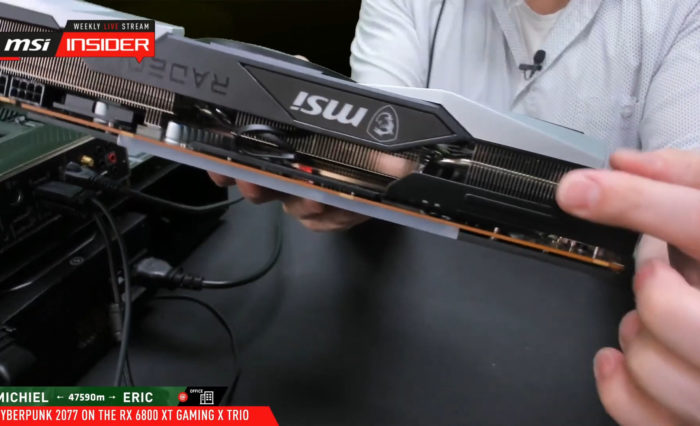 The cooler has three heatsinks connected by six copper heat pipes placed right on top of the GPU. 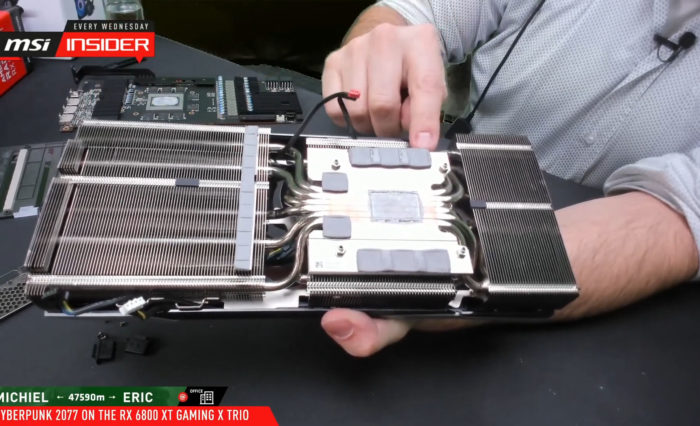 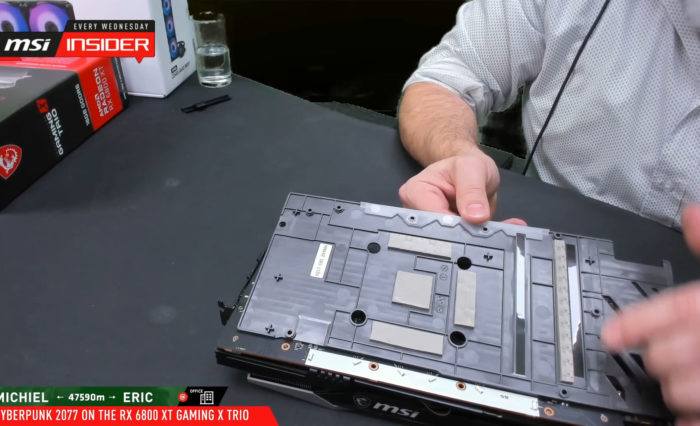 The graphics card has a full custom design with 12+4 VRM power stage delivery. The card is equipped with dual 8-pin power connectors. 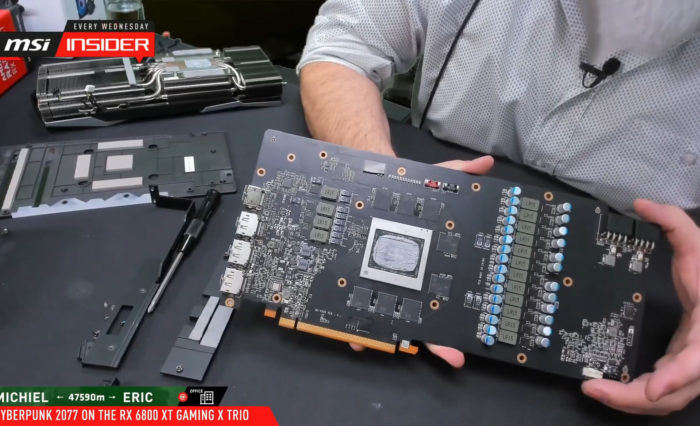 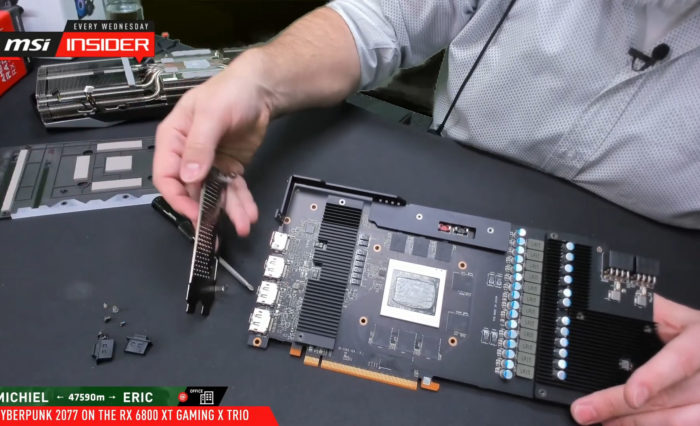 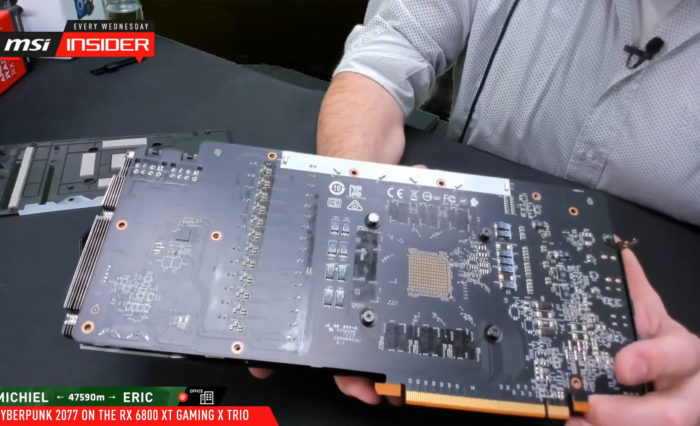