Next-gen, high-speed consumer storage has been shown by MSI

We are still months before any PCI-Express Gen 5.0 storage will be available, yet MSI is ready to tell us more about the upcoming products. One of such products is an expansion card for M.2 SSD.

The M.2 Expander-Z is an add-in card that must be installed in a PCIe slot. It serves as a bridge between M.2 connector and the PCIe Gen5 slot. What is important to note here is that the only platform that supports this standard is the Intel 12th Gen Core series. Even more importantly, utilizing this card will automatically reduce the available lanes to the graphics card, as Alder Lake-CPUs only have 16 PCIe Gen5 lanes. Right now this is not a problem because no Gen5 GPUs exist, and differences between Gen5 and Gen4 GPUs should be minimal, yet we anticipate GPU manufacturers to begin releasing Gen5 compatible GPUs as early as January next year (RTX 3090 Ti might be the first card). 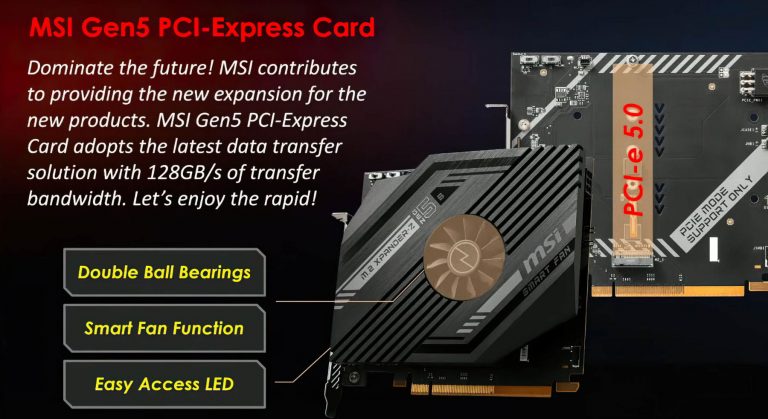 MSI promises bandwidth up to 128 GB/s, but this is just the maximum speed of the PCIe connector. Companies such as Phison revealed they are preparing controllers with transfer speed up to 14 GB/s, a double of what Gen4 is capable of.

The Gen5 storage will require either active or passive cooling. The Expander-Z Gen5 has a heatsink over the M.2 slot and a single fan (which can be turned off). The power consumption should increase as well, but the exact numbers aren’t quite clear yet.

MSI has not confirmed when Gen5 Expander will be available. But these expansion cards are typically added to the GODLIKE motherboard series. The Z690 version of this motherboard has not yet been shown and the release date is still unknown. 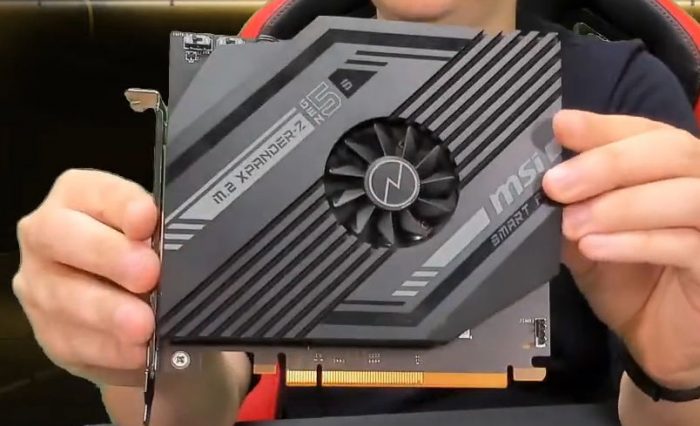 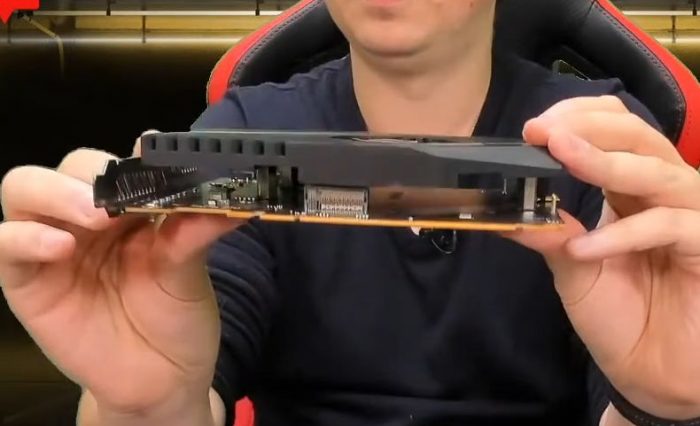