MSI’s flagship motherboard for Alder Lake CPUs has been shown for the first time.

The motherboard’s picture has been included in CES 2022 Innovation Honoree Award promo. The MEG Z690 GODLIKE won one out of 16 awards. 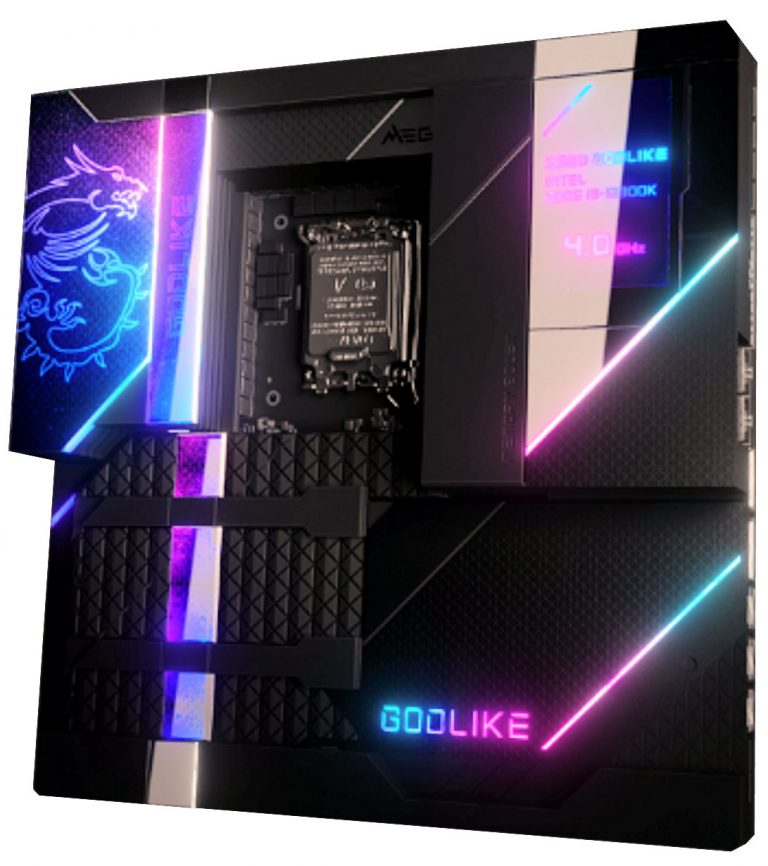 The motherboard is part of the MEG series representing MSI’s top-tier lineup. MSI Z690 GODLIKE is an E-ATX form factor design, but unlike other E-ATX LGA1700 motherboards, the GODLIKE is an almost perfect square of 305x310mm. Such a large size is usually reserved for HEDT or workstation platforms, and it is rather uncommon for mainstream CPU series such as Alder Lake.

According to Wccftech, the motherboard will be equipped with a 3.5″ touch screen, which is also the first time such a large screen is being added to a motherboard. It is worth reminding that 3.5 inch is actually the size of the first-generation Apple iPhone. The LCD will display CPU metrics such as CPU frequencies, voltages, or even customized graphics.

The MEG Z690 GODLIKE features a 22 phase VRM design and supports DDR5 memory up to 6666 MHz. MSI has not yet revealed the launch date or the price of GODLIKE, but this motherboard is definitely not expected to be cheap.