We are still 11 days away from the official introduction of custom Radeon RX 6400 cards, but some retailers who clearly have a large stock of those cards are no longer willing to wait.

One of such retailer is NVX System Integrators from Singapore who is supposedly now selling MSI Radeon RX 6400 AERO ITX graphics cards, the first custom model from MSI confirmed for this specific model. Thus far we have only seen models from unknown chinese OEMs, so the fact that MSI is making a custom card is a final confirmation that we will indeed see custom models from all big brands.

Interestingly, MSI did not launch an RX 6500XT AERO ITX model, so this single-fan design would be exclusive to the cut-down Navi 24 GPU model. 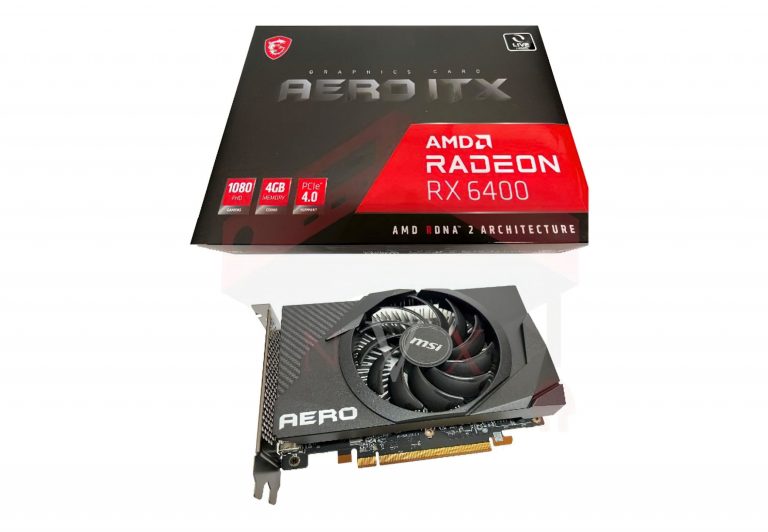 The retailer has put the card on sale for 349 SGD, which is around 255 USD. One must assume though that the official MSRP should be below 200 USD, which is the official suggested retail price of RX 6500 XT cards. In other words, the retailer is selling the card at a premium.

Update: The retailer has confirmed to us that this is indeed the MSRP of this card in Singapore. Furthermore, this card actually has a higher MSRP than RX 6500XT for this specific model. 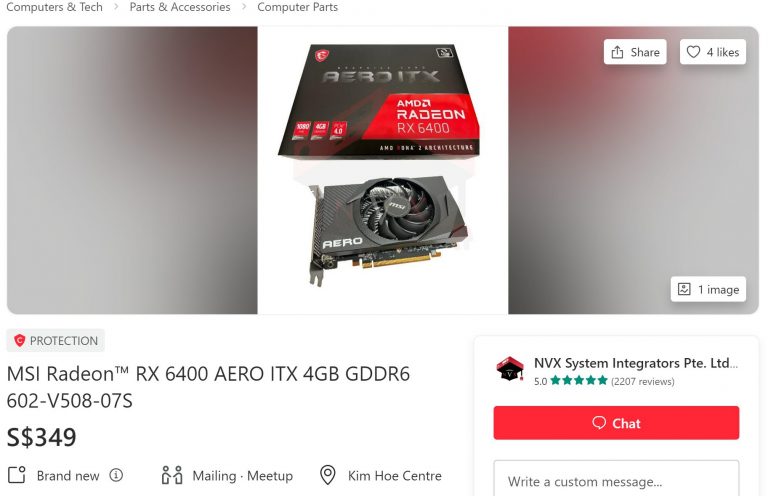 The RX 6400 is a low-end SKU featuring 768 Stream Processors and 4GB of GDDR6 memory across a 64-bit bus. The RX 6500XT is hardly a gaming GPU, so this model is not expected to be any better. Efficiency-wise, this card might be interesting for low-power builds, those which for some reason cannot benefit from current-gen Xe-LP/Vega integrated graphics.

According to our latest information, this model is the only ‘new’ SKU that has not been pushed back to May 10. The RX 6400 is still set to launch on April 20.