MSI Z690 motherboard’s latest A22 BIOS comes with a microcode selector offering either its latest version or an older one with AVX-512 instruction support.

Intel’s last-minute change to disable AVX-512 instruction has led to some confusion among customers and even reviewers. Despite initially listing this instruction as available to Alder Lake Performance cores in the official optimization guide, the company has later confirmed that this was not indented and in the end, AVX-512 instructions were not officially supported.

Unofficially though, it was still possible to execute this instruction with early Z690 BIOSes. This has since then been fixed by Intel who forced board makers to update to the latest microcode no longer supporting this function.

As it turns out, MSI is not ready to drop support for AVX-512 support just yet, especially on its overclocking high-end board known as Unify-X. It has been noticed by Xaver Amberger, an editor of Igor’sLAB., that the latest A22 BIOS has a new function option to select microcode either with or without AVX-512 support.

A22 bios for the @msigaming MEG Z690 Unify-X reintroduces AVX-512 with microcode selector switch in the bios. This is amazing for enthusiast fans of performance and actual efficiency!

The AVX-512 instruction is not necessarily that important to gamers, however, they are used by some benchmark software, such as y-cruncher. Without AVX-512, Alder Lake CPUs rely on AVX-2 which is less power efficient and has some limitations (maximum CPU multiplier at 51).

As noted in the editorial over at Igor’sALB (written by Xaver himself), some enthusiasts still find a way to inject AVX-512 microcode into newer BIOSes, which is especially important with the growing list of DDR5 memory, systematically being tested by motherboard makers. Simply put, Z690 users should expect full compatibility only by using the latest BIOSes. 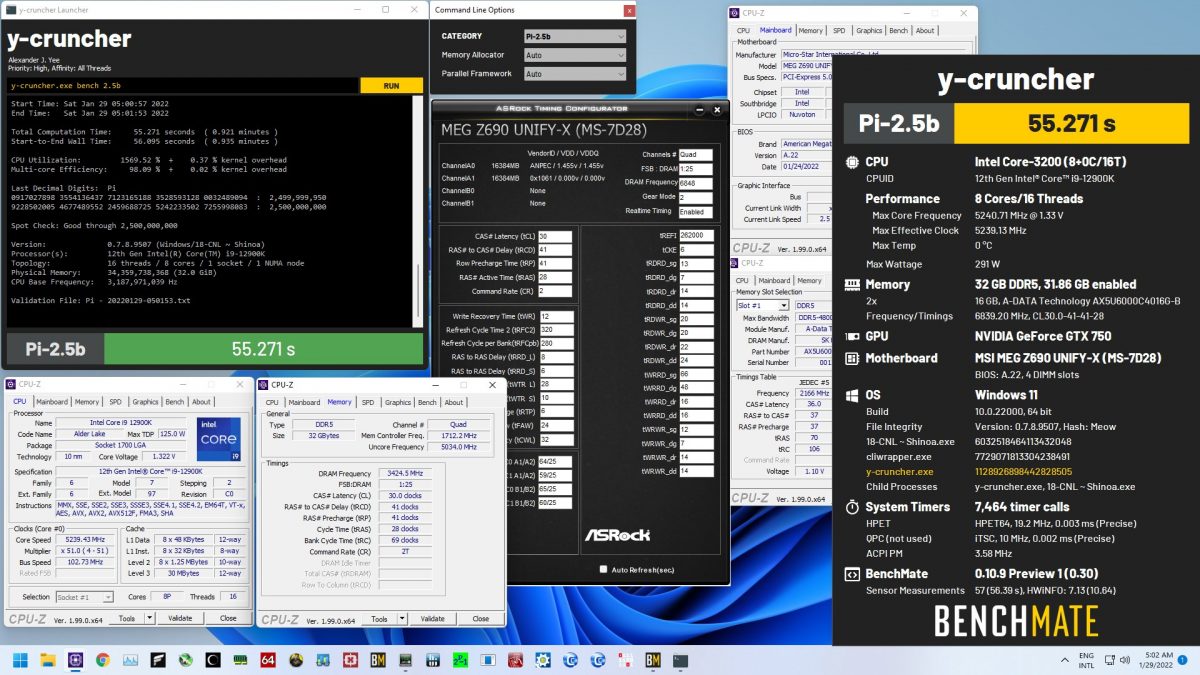